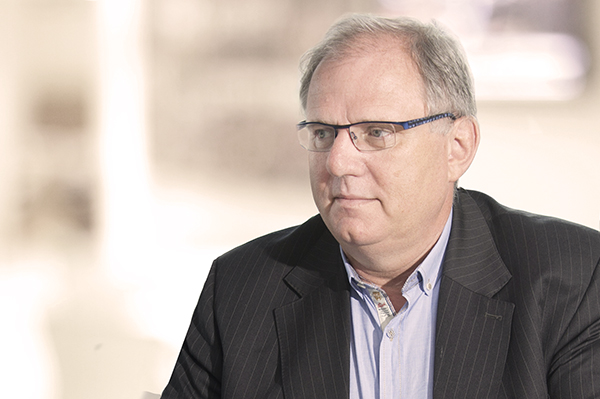 Changes in the structure of Gleeds Polska

Gleeds Polska has announced that from 1st of January 2021 the following changes are taking place in its structures:

Tadeusz Jachowicz, who has been the Proxy and Gleeds Polska Director so far, has been appointed to perform a new function – Gleeds Polska Board Member. Simultaneously he will continue his activities of CEE Region business development, focusing on his key role of CEE Regional Director of Gleeds Europe, Middle East and Africa Region.

Jacek Kostrzewski, who has been Director of Gleeds Polska Central Region so far, is promoted to the role of Gleeds Polska Director, and its Proxy. Therefore, he will be responsible for shaping the company’s strategy, business management and further development of Gleeds in Poland, in the scope of current and new services in sectors.

Andrzej Kozak, who has been Director of Gleeds Polska Southern Region so far, is assigned to fulfil a position of Gleeds Polska Deputy Director. He will support Jacek in the company’s development, ongoing supervision over commissioned projects and business administration.

Commenting on the above Tadeusz said, “It was Jacek Kostrzewski and Andrzej Kozak who has co-created with me a present success of Gleeds Polska. During the career in Gleeds we have efficiently cooperated over decisions and strategic activities, what makes me genuinely believe that these organisational changes, quite natural at this stage of our business growth, will be beneficial, both for our clients and employees, affecting further development in a good way. Moreover, I am sure that my intensified activities within Gleeds European structures will enable us to continuously strengthen our brand position on the international consultancy services market.”

Responding to the nomination, Jacek commented: “I treat this promotion to the position of Director managing one of the biggest Gleeds business units in European Union as an appreciation of my previous activities and loyalty. Moreover, I see it as a challenge, even more demanding, considering this current pandemic situation. I am deeply convinced that with the usage of my knowledge of local real estate and construction market, company’s business and our team, Gleeds Polska under my management will be constantly developing and the evolutionary implemented changes will be advantageous for our clients, staff and business partners.”

Tadeusz Jachowicz, who has been Director of Gleeds Polska so far, and is currently the Regional Director of CEE Gleeds Europe Holding Ltd., from the beginning of 2021 will focus his duties on the expansion and development of Gleeds’ operations on the European market, ensuring the further growth of the Gleeds branch in Ukraine, as well as the services provided in the territory of the Russian Federation, Belarus, Lithuania, Latvia, Estonia and other countries of the Eastern bloc, as well as other European regions.

Tadeusz has been associated with the Gleeds group for over 25 years. He graduated from the Warsaw University of Technology with a master’s degree in civil engineering. He is a member of RICS (Project Management) and possessor of building license to manage, supervise and control buildings and construction works.

In his 35-year professional career, Tadeusz has gained extensive experience in the construction industry, supporting and supervising a number of diversified projects. He joined Gleeds Polska in 1995 as a Senior Project Manager, to take over the management of Gleeds Polska in 2003. Since 2012, he has also held the position of the CEE Regional Director.

Jacek Kostrzewski has been associated with Gleeds Polska for over 23 years. He graduated from the Faculty of Civil Engineering at the Warsaw University of Technology and postgraduate studies in the scope of management at the Warsaw School of Economics. He has been a member of RICS since 2008.

Jacek started working at Gleeds Polska as an Assistant Project Manager and gradually climbed the career ladder until he was appointed Director of the Central Region of Gleeds Polska in 2013, responsible for three offices, in Warsaw, Poznań and Łódź, and a team of over 80 specialists providing consultancy services. It was under his 7-year leadership when a significant expansion of Central Region offices took place, which was reflected in doubling the number of staff and revenues, as well as Gleeds’ involvement in many prestigious projects. Jacek was involved in many prestigious projects in his region, such as Złota44, Cosmopolitan, Q22 or e-commerce centres.

Andrzej joined Gleeds Polska in 1999. He graduated from the Cracow University of Technology with a master’s degree in Civil Engineering. He possesses a license both to design and manage construction works without limitation in the construction branch. In addition, he is a member of RICS (Project Management) and an active RICS assessor.

During his over 25-year professional career, he has participated in many significant projects in various construction sectors. He started working at Gleeds as a Project Manager, in 2005 he was promoted to the position of Associate Director, and since 2013 he has been the Director of the Southern Poland Region (offices in Krakow, Katowice and Wrocław), successfully managing the development of local offices. He was involved in many prestigious projects in southern Poland, such as Unity Center, Aleja Bielany, Supersam, GTC Korona or Silesia City Center.