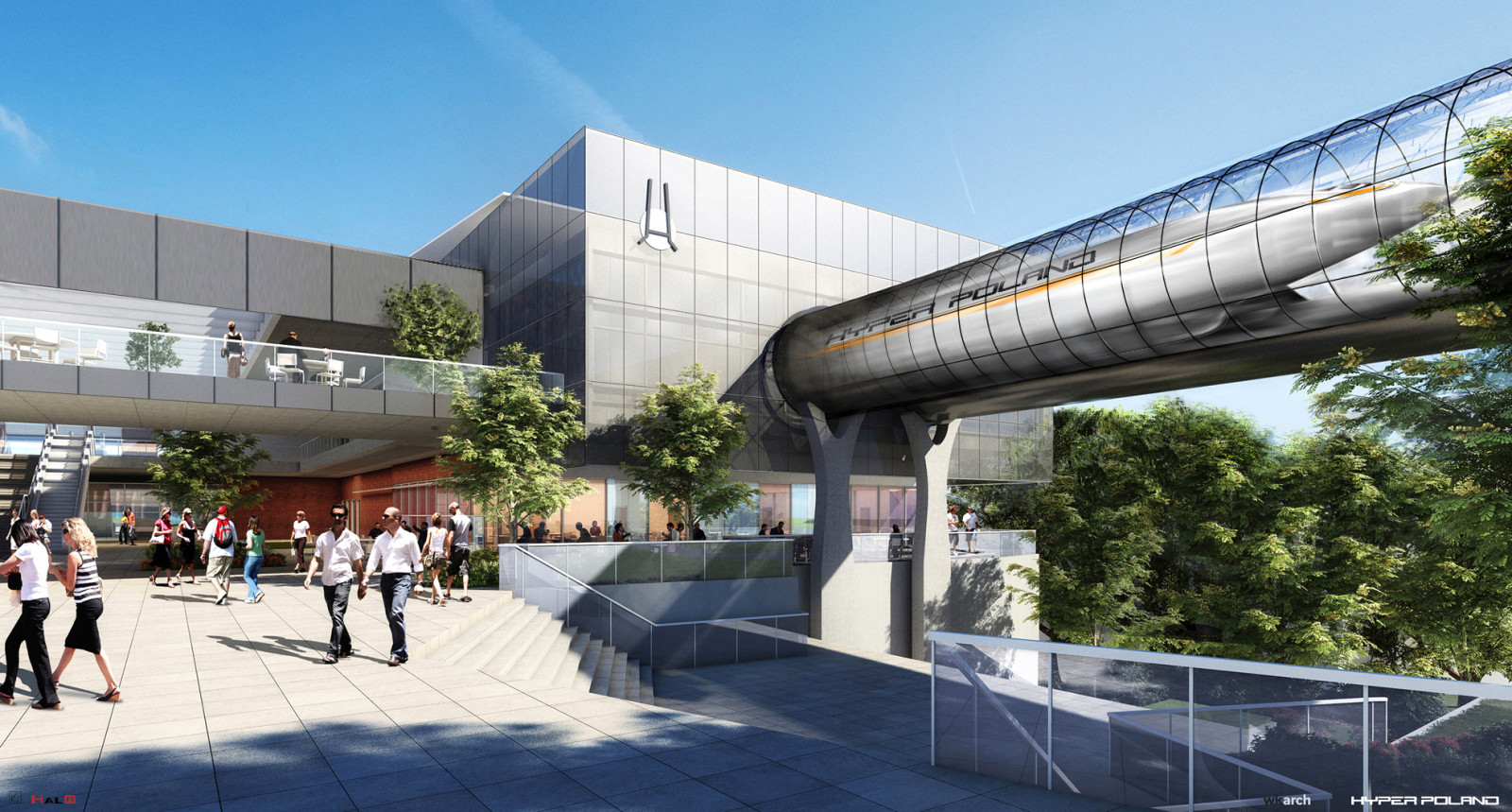 On October 22, 2019, a demonstration of magrail technology, a modern transport system developed by Hyper Poland, took place in Warsaw.

During the demonstration, the ride of a magrail vehicle on the test track was shown. The 48meter track was made in a 1:5 scale. The maximum speed during this trip was about 50 km/h, acceleration 6 m/s2 and deceleration 15 m/s2.

“This demonstration is only a small sample of what magrail technology is about. First, the vehicle accelerates using wheels and, when it achieves the cruise speed, it starts levitating. Hence, most of the time, the wheels are not in use. While braking, the vehicle lands on wheels again.” – said Natalia Strawa, a vehicle dynamics engineer at Hyper Poland.

Besides, there were three discussion panels hosted by Polish and foreign experts on supporting and financing innovative projects, logistics and railways. Panelists included prof. Nalinaksh Vyas, Chairman of the Technology Mission for Indian Railways; dr Dorota Raben, who was the President of the Board (2013-2016) in Port of Gdansk Authority; Amos Ron, former Director General at the Ministry of Energy and Infrastructure of Israel; and dr Vladas Lasas, a Lithuanian entrepreneur who co-founded Carbon War Room together with Sir Richard Branson. In addition, representatives of railway companies from Italy, Germany and the Netherlands as well as the Polish Railway Institute, the National Center for Research and Development, as well as Microsoft, Seedrs, and Transfer Multisort Elektronik – Strategic Partner of Hyper Poland, shared their experience in supporting innovative technologies and their implementation in rail industry.

The special guest of the event was Dr. Mark Loughran, General Director of the Polish branch of Microsoft, who emphasized that “First there was a dream of the co-founders of Hyper Poland to revolutionize the way we travel. Later, as a result of a combination of talent, knowledge, determination and technology the idea transformed into a real project and its prototype we can admire during today’s presentation. Microsoft has partnered with this young enterprise along their quick journey towards the business success. Hyper Poland is one of the beneficiaries of our global initiative Microsoft for Startups, a program supporting the most promising technology companies in the world and a recipient of a grant of 120,000 USD in Azure. I am impressed with the determination and courage of Polish technology innovators, who are clearly contributing to the growth of Polish Digital Valley.”

Magrail, modernization of the railway industry

Magrail is a magnetic rail system that uses existing conventional rail transport corridors. Both conventional trains and magnetically levitating vehicles can use the same railway track interchangeably. The magrail system can be fully integrated with existing rail infrastructure without the need to make changes to the existing rolling stock.

On railway lines where trains can move up to 160 kph/100 mph, magrail vehicles can reach speeds almost twice as high (up to 300 kph/187 mph) due to the use of: ● Magnetic levitation, ● Electromagnetic linear motor, ● Special tilting mechanism, ● Relatively low height and the low mass of the magrail vehicles.

Thanks to the results obtained during tests, it will be possible to design individual subsystems of a full-size system more efficiently. Already in the second half of 2020 in Żmigród at the premises of the Railway Institute will begin the construction of a full-size test track of the magrail system, the unique project of Hyper Poland. For this purpose in May this year, Hyper Poland has obtained a grant of EUR 3.8 million from the National Center for Research and Development.

Additionally, during the event, a pre-registration page for the equity crowdfunding campaign was launched on the British Seedrs platform: https://hyperpoland.seedrs.com, where soon another round of funding for Hyper Poland will start.

“The first round of the equity crowdfunding met with great interest from investors from 30 countries. This shows that work on magrail technology, as the first stage in the development of hyperloop, is crucial. Today’s approval from an international group of experts means that we are going in the right direction,” said Przemysław Pączek, CEO of Hyper Poland.