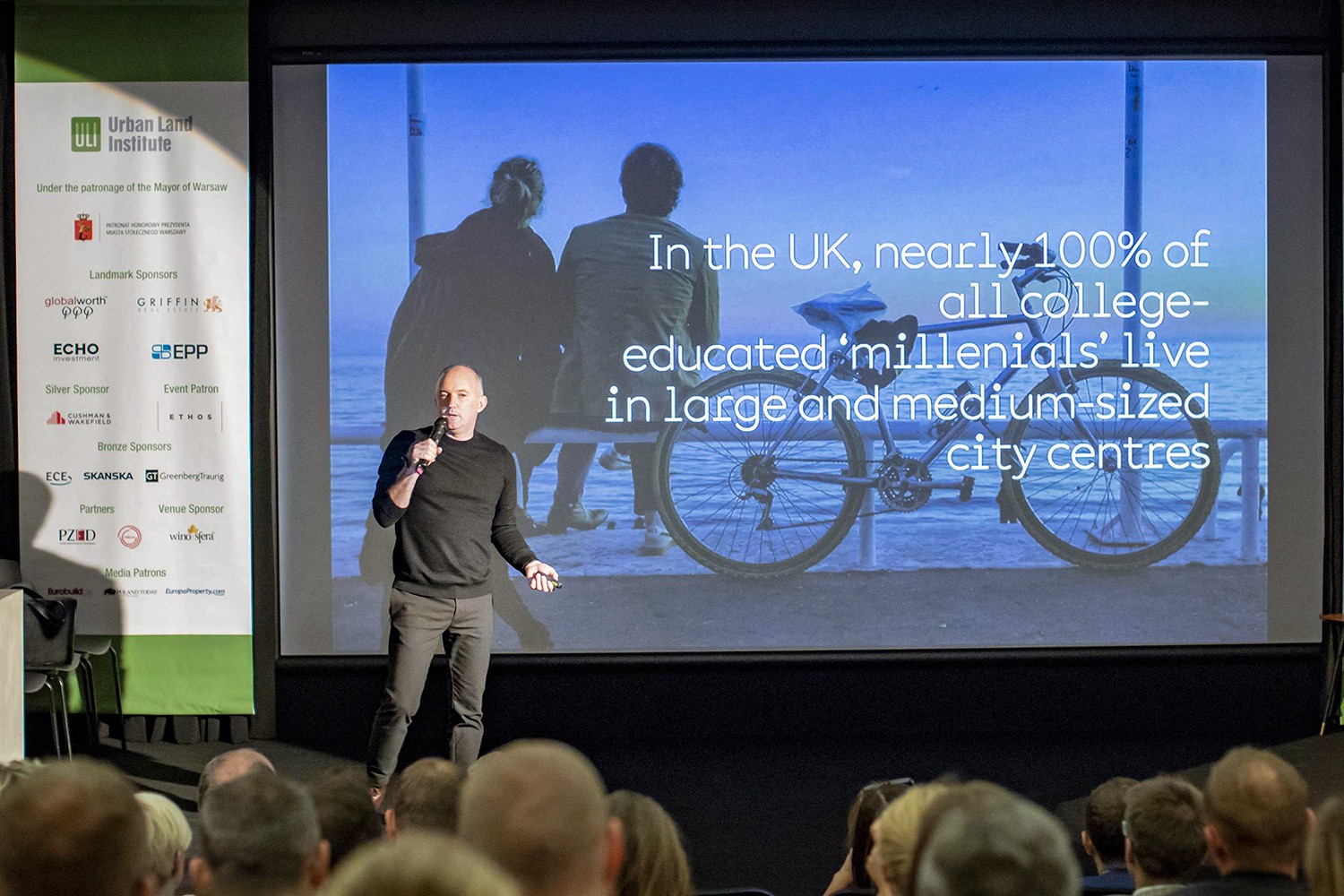 In the digital era, cities need public spaces more than ever – EuropaProperty

By 2030, nearly three-fourths of all people will live in cities. Even today, metropolitan areas worldwide are facing increasingly difficult challenges in ensuring their residents living, working and resting conditions. The third PLACES + SPACES meeting organised by the Urban Land Institute in Warsaw was dedicated to the creation of public spaces, including the partnership between private investors and municipalities.

The meeting moderator Martin Barry, landscape architect and Founder and Chairman, reSITE, kicked off the event by saying, “People with ideas need capital and those with capital need ideas. If modern cities fail us, we can design them together so that we fall in love with them again.” The halfway point of the PLACES + SPACES series attracted almost 100 investors, architects, urban planners and local government representatives, who met this time to discuss trends in developing public spaces in Poland and worldwide.

The keynote speakers included Andrew Phipps, CEO, Intelligent Horizons and former Executive Director UK & EMEA Retail at CBRE Research. He focused on the main demographic and technological changes that have affected the creation of public spaces as well as the accompanying commercial proposal. In particular, he highlighted the need to ensure greater flexibility in planning developments’ functions. “The next 10 years will bring enormous changes. Even today, a significant part of our lives takes place online, which is conducive for the creation of mixed-use projects that draw on the idea of placemaking. We can buy most products on the Internet but experiences and emotions are the part of our nature we still prefer to experience and share with others in the real world. This is why commerce is more and more intermingled with entertainment to stand out in the public space and attract people,” said Andrew Phipps.

The creation of public spaces in cities is affected by global challenges. At PLACES + SPACES, these were discussed by Hugh Stewart, Partner at the international studio Foster + Partners. Cities whose total area occupies around 3% of the globe account for three-fourths of all greenhouse gas emissions. It is cities that consume 75% of global raw materials and generate more than half of total waste. “Reducing energy consumption, supporting public transport, densifying city centres in a skilful manner, and ensuring the citizens’ broadly defined well-being are all factors that should be considered in the first place,” Hugh Stewart pointed out in his speech. His presentation was filled with inspiring examples, from the concept of a fully green Masdar City in the United Arab Emirates, to ways to revive fragments of cities by increasing their walkability and reducing vehicle traffic, to reasons why office building ground floors should be made accessible to a wider group of users to encourage interactions between workers, residents and tourists.

Members of the discussion panel presented the local point of view. Katarzyna Gruszecka-Spychała, Deputy Mayor of Gdynia for the Economy, stressed that the key to creating public spaces is regulatory transparency, which often affects the final shape and punctuality of such projects in Poland. Maciej Zajdel, Managing Director and Board Member at Kulczyk Silverstein Properties, which is looking to regenerate Plac Trzech Krzyży in Warsaw through its Ethos development, shared his perspective as a real-estate developer. In addition, Mark Kubaczka, Partner at artchitecture, presented the success story of the Vistula Boulevards, which have become one of the favourite places of the locals and tourists to meet up and go for a walk.

“Public spaces make up the identity of a city, which is why they require special care, and I’m all the more pleased that participants of PLACES + SPACES got to learn many interesting examples of such places. Placemaking is a great responsibility but also a source of great satisfaction for all parties involved in the process where thinking about the future and taking into account trends that already have an impact on our lives play a key role,” said John Banka, Chairman of Urban Land Institute Poland.

The PLACES + SPACES series is held under the auspices of Mayor of Warsaw. The upcoming meetings will take place on 18 September (“Tomorrow’s urbanhoods”) and 23 October (“Dreaming the new downtown”).