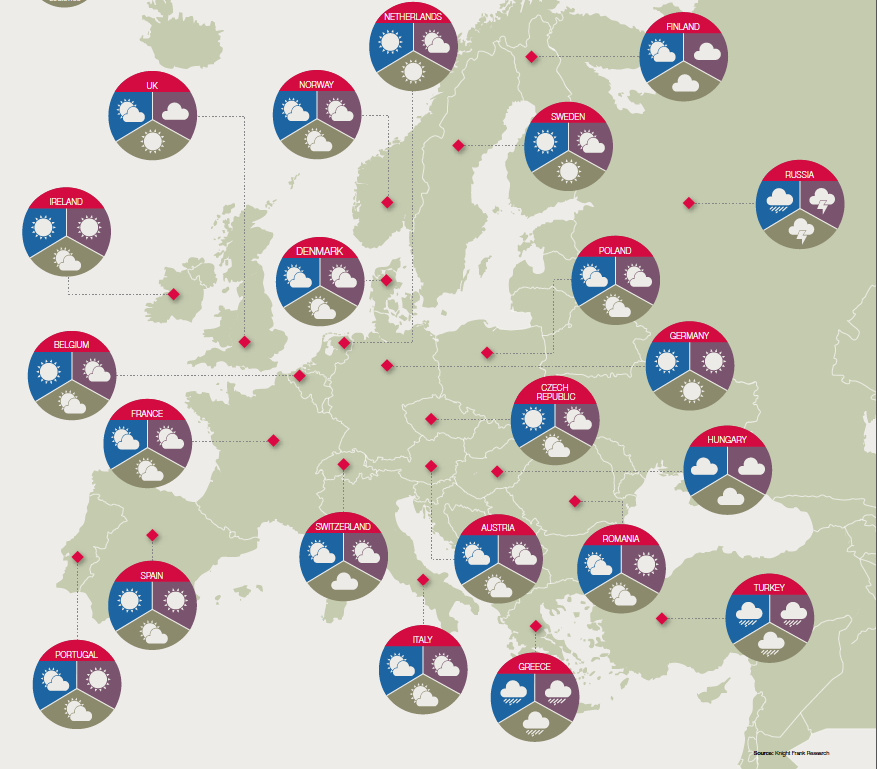 Investor appetite for European real estate remains strong despite heightened levels of geopolitical uncertainty across the globe. This uncertainty, in an economically recovering Europe, brings new opportunities to the agile and active investors.

The major elections upcoming this year in the Netherlands, France and Germany, will definitely impact the investment market, even though Germany remains the safe haven for investors in continental Europe, where the investment volumes have overtaken UK volumes post-Brexit. In the risk-off climate, many investors are willing to sacrifice some yield for lower risk.

Valentin Lupu, Head of Strategic Consultancy at Knight Frank Romania, commented: “2017 announces several transactions in the country, some bigger and some smaller, but it’s important to mention that the market has a growth tendency and there is still major interest coming from foreign investors, especially from South Africa, Germany and the UK. We are expecting no yield changes and Bucharest to remain the main attraction in Romania.”

In 2016 the total investment volumes in Europe were 20 percent lower, compared to the exceptional levels of 2015. Knight Frank’s forecast is that investment activity in 2017 will stabilise at 2016 volumes.

Smaller capitals and second-tier cities are appearing on the radar, particularly as competition is intensifying and major markets are becoming fully priced. Rental growth prospects in cities such as Madrid, Dublin, Berlin and Stockholm are compelling, buoyed by improving occupier demand, and are attracting a significant weight of capital.