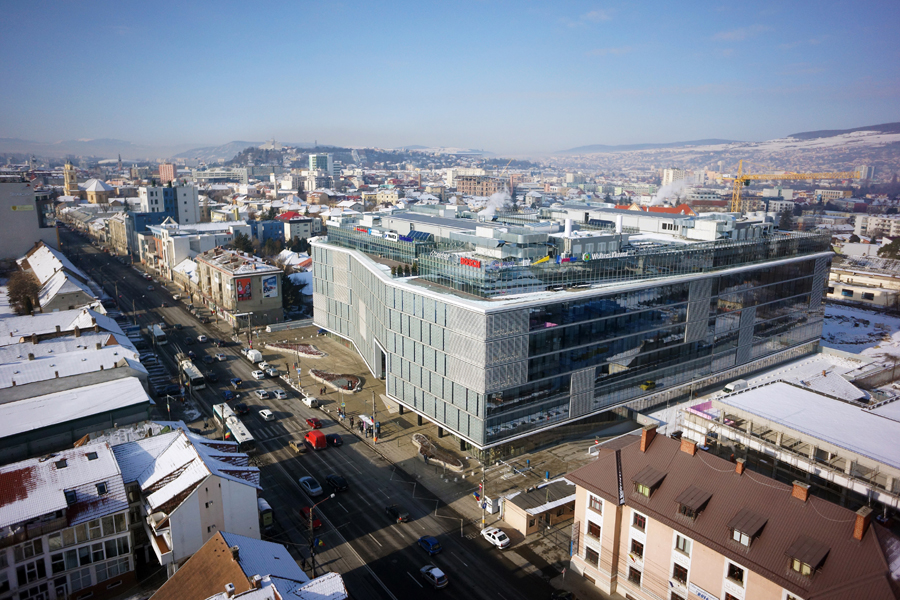 Investors start work on the third phase of The Office Project in Cluj-Napoca, Romania – EuropaProperty

New Europe Property Investments (NEPI) and Romanian entrepreneur Ovidiu Sandor have announced the decision to start works on a third and last phase of development to the largest office building complex in Cluj-Napoca. Attracting a remarkable interest from local and international companies operating in Cluj-Napoca, the project became the most successful office building outside of the capital after 1,5 years since delivering its first phases.

The construction works for the third stage of development have just begun. The 18,500 sqm rentable area will be finalized by mid-2017, according to the initial plan announced by the investors.

The decision was taken in a favourable economic context where Cluj-Napoca continues to attract and offer business development opportunities, especially in the IT industry. “With a 59,185 sqm rentable area, The Office is the first office project in the Transylvania region that truly complies to Class A international quality standards from a concept, size, quality, facilities and parking standpoint. Additionally, in terms of energy efficiency, The Office has received BREEAM classification for ‘Excellence’,” said Ovidiu Sandor, co-investor in the project.

The first phase of the project, delivered on May 2014, has reached 100 percent occupancy for 21,273 sqm lettable area. The second phase’s 19,412 sqm, was finalized two months ago, with an 83 percent occupancy rate, but there are intense discussions to fully let the remaining spaces in the upcoming period.

“We have already sealed deals for 30 percent of the office spaces to be delivered next summer, even if the works have only just began. We are in advanced level of discussions with companies interested to expand as well as with new firms,” added Lori Collin, Office Executive at NEPI.

A major competitive advantage in attracting tenants is the high level of flexibility of the rentable space as well as the possibility to expand in the future, a specific need for Cluj-Napoca’s fast growing economic landscape.

Furthermore, the project’s creative concept, its distinct positioning, the multiple facilities and the developers’ top reputation are key attributes highly appreciated by tenants who recommend The Office as the most successful office building complex in Cluj-Napoca.