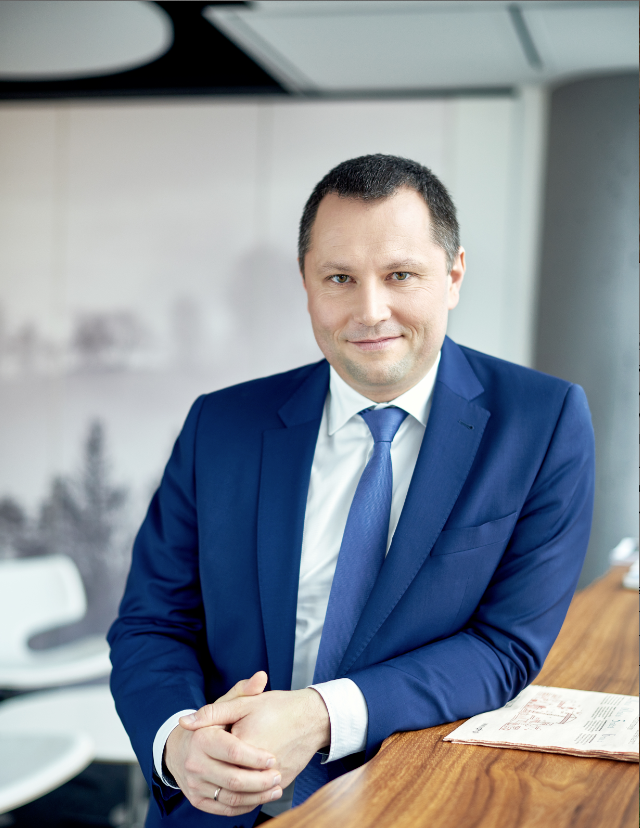 “The office market in Warsaw is maintaining its momentum,” saids Tomasz Czuba, Regional Director, Head of Office Agency, JLL. “The demand for modern office space in Warsaw continues to grow thanks to new investors entering the market as well as the unceasing development of companies already operating in the city.

“Lease agreements for 391,400 sqm of office space were signed in the first half of 2017. This is the best H1 result in the history of Warsaw’s office market. The main beneficiaries of occupier activity were the City Centre, Mokotów and the Central Business District. Furthermore, Wola continues to be popular among both developers and prospective tenants. The area is the district for the biggest office investments currently under development and constitutes a popular relocation destination for companies from other parts of Warsaw.

“Companies more often relocate from older buildings to newly-developed spaces,” added Tomasz Czuba. “The functionality of areas where older objects once stood are now being changed. This can be confirmed by the example of the demolition of Aurum where a residential investment will be developed in place of the former office building.”

In terms of supply, Mateusz Polkowski, Head of Research & Consulting, JLL, said: “High demand has triggered a high level of developer activity. 16 objects have been delivered to market in H1 2017. This accounts for 131,400 sqm of space, while approximately 750,000 sqm is currently under construction across the city. We estimate that around 155,000 sqm will be delivered to market by the end of this year.

“What is important is the fact that a significant part of volume in the pipeline is made up of several large-scale projects scheduled for completion in 2019-2020, when Varso, The Warsaw Hub and Mennica Legacy Tower, among others, will enter the Warsaw office market.”

The vacancy rate in Warsaw decreased marginally in H1 2017 and currently stands at 13.9 percent (13.2 percent in central areas and 14.3 percent outside of it).

“We expect that the vacancy rate will remain on a slightly downward curve until the end of 2018 due to the high demand, systematic absorption of available office, and the fact that the pipeline for the remainder of 2017 and 2018 is not that extensive,” added Mateusz Polkowski.

Prime headline rents remained relatively stable in H1 2017. Rents in CBD are quoted at EUR 20.5-23.0/sqm/month. Prime assets located in the best non-central areas lease for EUR 11.0-16.0/sqm/month. Rents are expected to remain stable until the end of 2018.