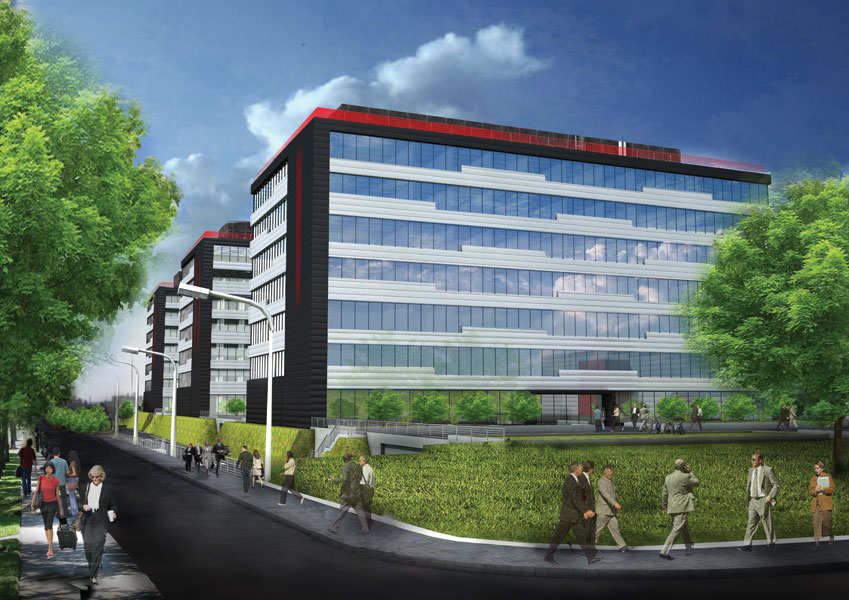 Dynamic growth, high construction activity, strong tenant demand, especially from the business services sector, and one of the lowest vacancy rates in Poland are the key features of the office market in Katowice, according to JLL’s latest summary of the key data and trends on the Katowice office market after Q1 2014.

Total modern office stock in Katowice is estimated at 317,800 sqm. A further 59,000 sqm will come onto the market in 2014, a third of which has already been pre-let. This ranks Katowice fifth in respect to the existing office supply (behind Warsaw, Krakow, Wroclaw, and the Tri-City), and fourth in terms of pipeline office provision in 2014 (after Warsaw, Krakow and Wroclaw).

Q1 2014 saw the completion of one office building in the city i.e. the first phase of the A4 Business Park by Echo Investment, with 8,700 sqm of office space fully let. In Q2, another 15,300 sqm of new supply is set to be delivered to the market, half of which is already pre-leased. However, the majority of office provision under construction will be delivered in H2 2014 (43,600 sqm), including 12,700 sqm in Silesia Star I (LC Corp), and 10,700 sqm in Silesia Business Park I (Skanska), both of which are 50 percent let.

Rafał Oprocha, Head of Krakow and Katowice Office, JLL, said: “Katowice and its wider area has in recent years become home to numerous global corporations including Capgemini, IBM, ING, Unilever, Ericsson, Oracle or PwC, which have all opened their business services centres here. The rationale behind this situation is that the location is prime; it has a well-developed infrastructure and a strong academic potential that creates a significant talent pool. Stable and competitive rents, which are slightly below headline rents found in other major office locations in Poland like Warsaw, Wroclaw, Poznań or Krakow, are important as well. The above combination enables a flow of new investment projects into the city, and resulted in the high tenant demand in 2013.”

“The regular decline in the vacancy rate not only proves that Katowice has continued to attract new tenants, but also that the companies already operating in the city are developing, and therefore need more office space for further business expansion,” Rafał Oprocha added.