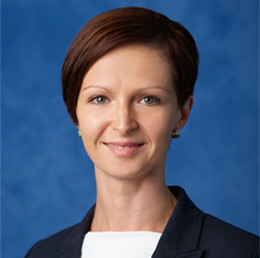 “Compared to what we forecasted for 2017 when reporting on 2016 results, quality hotels in the Ukrainian capital are meeting expectations,” said Tatiana Veller, Head of JLL Hotels & Hospitality Group, Russia & CIS. “The occupancy grew healthily in the first three months of the year, actually surpassing the YTD results of the last stable year, 2013 (39 percent). 40 percent of quality room stock was occupied in Jan-March this year, vs. 34 last year, and 31 in 2015.”

In terms of rates, average quarterly ADR results continue to give mixed feelings – still growing in UAH terms (probably a result of continued weakness of the national currency, rather than a real market condition change), and still falling in USD terms (to an absolute figure of USD 141 vs. USD 148 last year and USD 151 in 2015). In local currency, quarterly average ADR remained relatively stable compared to a year before (grew by a meagre 7.5 hryvnia) but increased by over UAH 600 compared to 2015, reaching UAH 3,203.

RevPAR though, even USD-denominated, makes one see a recovery is underway. On the back of stronger occupancy, the average index reached USD 57 in Q1 2017, the highest in the past four years (growth by 12.5 percent YoY). In local currency, obviously, the figure is even more impressive, UAH 1,542 which is about 240 hryvnia (19 percent) higher than last year.

“We connect this growth with such factors as: 1) the political situation has been stable for a while, and 2) business is slowly coming back having realized that this is a new reality and there’s nothing else to gain by waiting. We now await the second quarter, historically the most active time of the year for the touristic and hotel market of the largest city in Ukraine, with higher occupancies and rates of the year, to see if this is a true trend for recovery,” Tatiana Veller noted.