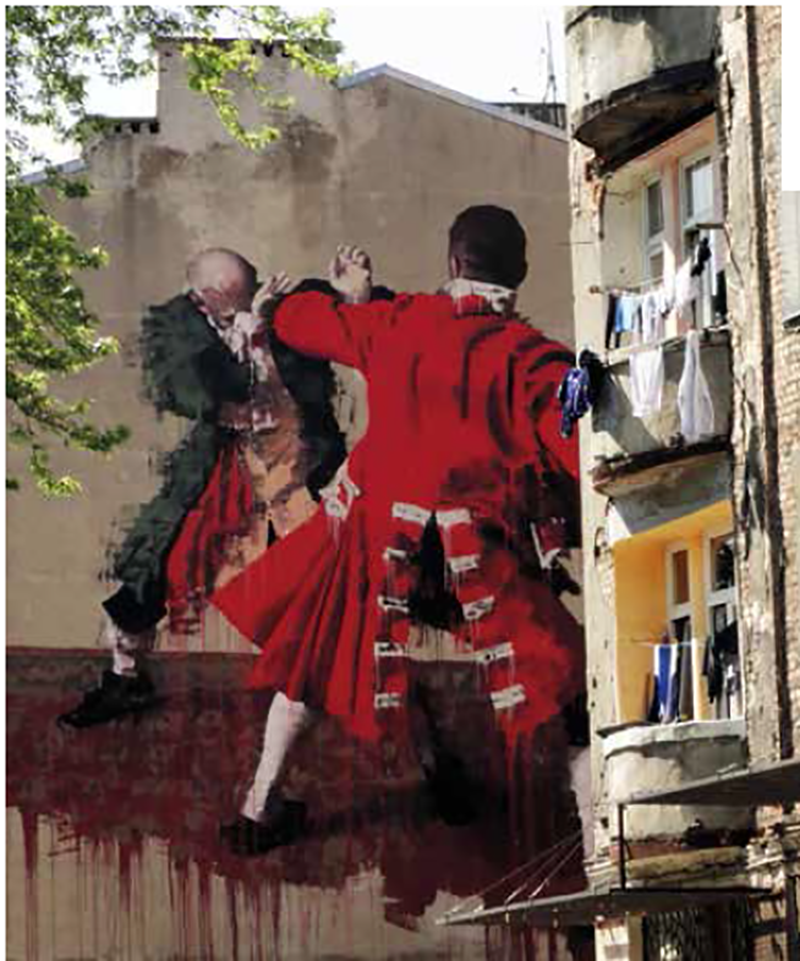 Experts from Knight Frank’s Research look at the district of Praga in a special report. They present the area’s unique diversity which combines history and modernity. Praga’s one of a kind character is valued by art bohemians and the creative industry. Many investors see the great potential of the district and decide to revitalize existing buildings in order to create outstanding residential and leisure locations.

Elżbieta Czerpak, Head of Research, Knight Frank, said: “For many years Praga was one of Warsaw’s least attractive districts, both in investment and social potential terms. Pre-war industries and many production plants were closed down, while tenement houses deteriorated gradually over the years. However, the image of Praga keeps changing and the district is currently perceived as a unique part of the city with huge potential for development. Thanks to new investments and revitalizations, Varsovians’ view of Praga has altered. It happened also thanks to its rich culinary and cultural offer which encourages spending leisure time in the district. Praga’s atmosphere attracts the art bohemians of Warsaw, while the district is becoming the capital city’s cultural and creative hub.

The changing character of Praga owes much to the economic and social revival which includes many steps taken to revitalize the area. Post-industrial zones and historic tenement houses are restored to their former glory. Koneser, Soho Factory, Port Praski or Fabryka na Pradze make use of the potential of former industrial and transport terrains by giving them new meaning. All of the mentioned projects are diversified and combine residential, office, retail with culinary and entertainment use.

“The district has also changed thanks to the numerous revitalizations completed by the city hall within the Integrated Revitalizations Plan for the years 2014-2022. A good example is the Targowa Creativity Centre opened in 2016, serving as a business incubator for the creative sector, or the Centrum Młodych, which combines personal development of young people by starting their professional career as part of the ‘Wsparcie na starcie’ programme. Apart from completed projects, the city and private investors are planning to undertake a number of spectacular investments, such as the new building of the Sinfonia Varsovia, the Rozycki bazaar, the Baj Theatre or the Bohema multi-use complex.”

Aleksandra Burkot, Consultant, Research, Knight Frank, commented: “The district of Praga became one the major cultural and contemporary art centres in Warsaw thanks to its unrepeatable atmosphere. The city’s part on the right riverbank is characterized by the old pre-war tenement houses. Its original, historical and post-industrial architecture has turned Praga into one of Warsaw’s most fascinating districts, the cradle of the capital city’s artists and a place combining art and culture. Numerous theatres, galleries, clubs and avantgarde projects located here attract both locals and tourists. Many festivals are held in Praga throughout the year (i.e. Open Ząbkowska Street, Praga’s Birthday, The Night of Praga, seasonal festivals, Ząbkowska KULmixTURA or Jarmark Floriański). Combined with the district’s atmosphere, they encourage visiting this part of the city. Unusual murals painted on many edifices underline the district’s artistic character.

“When discussing Praga’s uniqueness, one may not omit the vast culinary and entertainment offer. Praga and its changing face attract hundreds of young people and bohemians. The varied culinary offer of Praga is created by countless bars, cafes, restaurants and clubs which offer all types of cuisine and cultural events. Underground clubs bursting with nightlife are scattered all around Praga and each one has a different character.”

Agata Holak, Senior Consultant, Research, Knight Frank, said: “Not only bohemians value the unique character of Praga. The area is an attractive location for business, chosen first and foremost by the creative sector and start-ups. No other district in Warsaw holds so many creative industry companies. This, in turn, results in the creation of entrepreneur-friendly places such as the Targowa Creative Centre or the planned Nowa Praga Creative Centre.

“Spaces for start-ups set up in Praga play an important role in developing business and encouraging new ideas. A milestone in this field was the opening of Google Campus Warsaw, located in the post-industrial buildings of the Koneser, in 2015. Startberry, a business incubator owned by the second IT giant – Microsoft, was opened in the revitalized office building Praga 306 in October.

“Many co-working areas are being created in Praga, where freelancers, micro-companies and small business can rent a desk, an office for a couple of employees, a conference room, organize a client meeting or establish business contacts. Co-working spaces, micro-offices and business incubators are just one of many directions in which the office market will evolve, and Praga will benefit hugely thanks to its proximity to the city centre, a well-established network of public transportation and much lower costs.

“The development of public transportation played an important role in Praga’s progress. The district is now one of the best connected parts of the city. The following years will see the completion of the next stations of the II metro line and a new bridge for cyclists and pedestrians which will connect Praga with Powiśle. Easy access with public transport encourages you to visit the district and discover its changing face for yourself.”