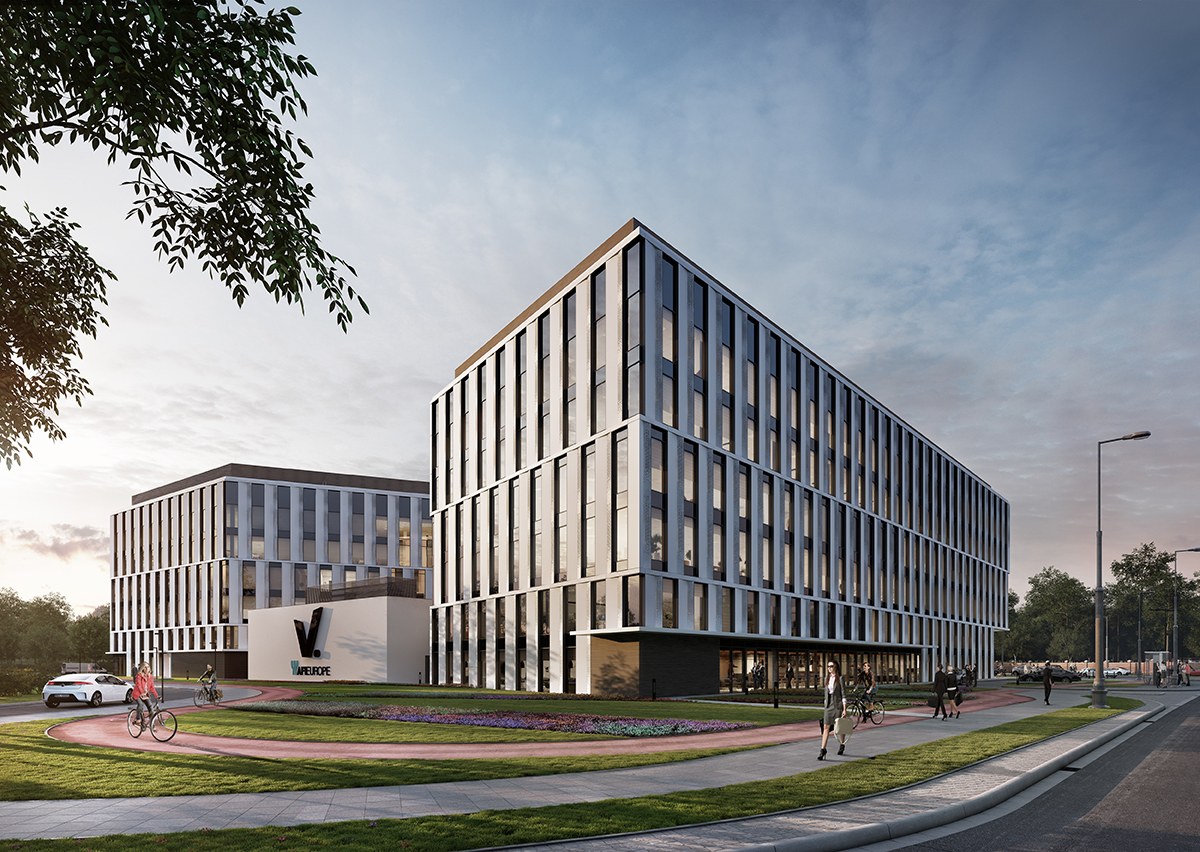 Krakow’s V.Offices amongst the best office properties in the world – EuropaProperty

V.Offices in Krakow, as one of six best commercial projects in the world, was nominated in two categories of the acclaimed BREEAM Awards 2018. The awards are given to properties from around the globe developed according to sustainable construction principles. Knight Frank is responsible for the commercialization of V.Offices.

The BREEAM Awards are awarded by BRE, an organization founded in 1921. BRE focuses on promoting the concept of sustainable construction. One of its key elements is the BREEAM ecological grading system, with BRE serving as the certifier.

V.Offices was nominated to the BREEAM Awards 2018 in two categories: ‘Commercial Project – Design’ and ‘Central and Eastern Europe’ (awarded as a regional recognition). The award ceremony will take place in March 6 in London.

The nomination to the BREEAM Awards 2018 is not the only recognition received by V.Offices lately. In December 2017, the property was included on BRE’s ‘Christmas Crackers’ list – a selection of most interesting projects which received their BREEAM certificate in 2017. V.Offices was recognized as one of the ten most inspiring office properties in the world.

The total leasable area of V.Offices will amount to 24,700 sqm. The first phase of the project will be handed over for use in Q1 2019. The building will have six floors and two underground levels. The ground floor will feature retail spaces. V.Offices received the BREEAM certificate on an ‘Outstanding’ level already during the design phase. The 90.57-percent ratio is the highest mark in Poland.