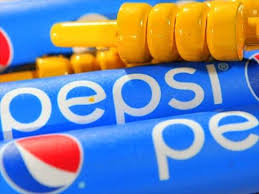 FMCG producers in Russia, such as Nestle, Johnson & Johnson, Procter & Gamble, PepsiCo, Coca-Cola prefer to lease rather than to purchase office premises, according to CBRE’s latest Trends in FMCG sector in Russia survey. 89 percent of the total office space is leased. In the last 5 years FMCG companies leased predominantly Class A offices, 68 percent of take-up.

The study that was held for the first time in 2015, CBRE analysed the office space occupied by 62 largest FMCG companies (total office area around 240,000 sqm).

Historically when choosing location for their offices FMCG producers preferred Class A premises located in the CBD. As a result 50 percent of the total office take-up of this segment is located within TTR. Though, following the general cost optimization trend of the last three years, FMCG producers prefer to lease office space beyond TTR (68 percent of take-up in 2013-2015).

Irina Khoroshilova, Director of Global Corporate Services Department CBRE in Russia, said: “On the back of the import substitution programme implementation, we can expect the activation of Russian food producers as well as international companies with local production which will continue to increase market share to cover the falling import of food. The food imports share in retail stock has dropped down to 28 percent in 2015 from 34 percent in 2014 and continued to decline, to 24 percent in Q1 2016. So we can expect the growth of office space demand from the FMCG companies mentioned above. In addition the decentralization trend will continue and FMCG companies will look for office space between TTR and the MKAD.”