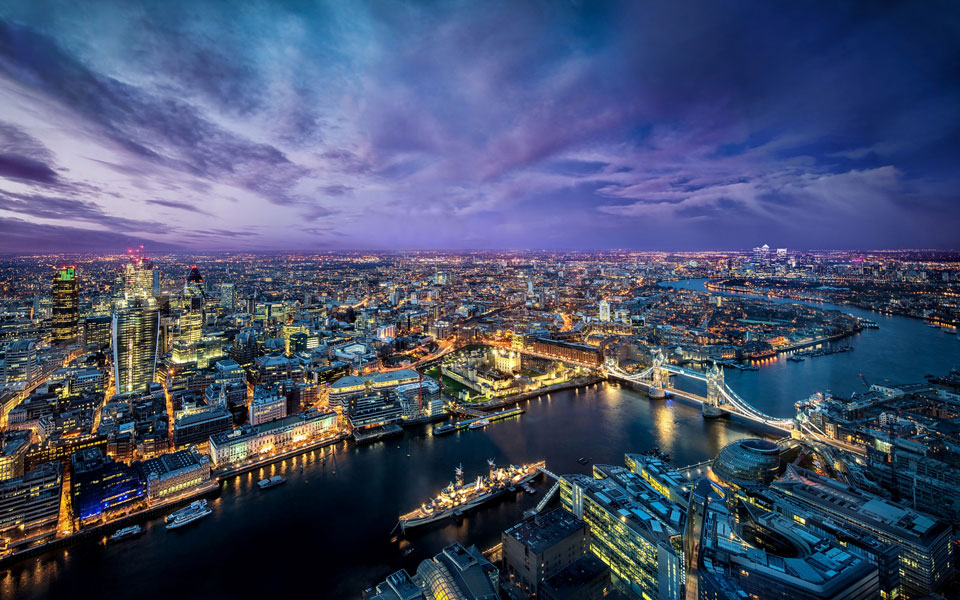 London recorded the highest ever-yearly total seen in Europe for a single city in 2013 to cement its position as the region’s number one investment destination, according to the latest research from CBRE.

A strong finish to 2013 took total commercial real estate investment volume in Europe to €165.6 billion, an increase of 30 percent on the previous year’s total. The Q4 2013 total of nearly €61 billion was the highest quarterly figure recorded in Europe since Q4 2007. The final quarter of the year normally sees the highest level of investment, but the activity seen represents significant acceleration in the rate of growth.

Moscow has been a regular at the top of the list of most liquid markets in Europe for the last four years. Next to London it had the highest proportion of cross-border capital in 2013. Moscow attracts a significant amount of investment from North America helped by the fact that for the best quality property, rents are generally denominated in US dollars.

Valentin Gavrilov, Director, Research Department in CBRE, Russia, said: “Moscow’s 4th place in the rating is clear evidence of opportunities available for investors in Russia’s commercial real estate. With an additional €260 million, Moscow could even enter the top-3 of the most attractive European cities for the investments into commercial real estate. Available opportunities offer rather high yields, while Russia’s government efforts to improve the investment climate would contribute to the decrease of risk premiums. Currently, this process moves relatively slowly, but authorities seem to be goal-oriented on this road. A decrease in economic growth rates might cool down investors in 2014. However, this factor can also create new opportunities for long-term players.”

While 2013 was a strong year for Europe’s commercial real estate investment market as a whole; the recovering markets of Portugal, Italy, Ireland and Spain saw a dramatic resurgence. A greater appetite for risk from investors led to a sharp increase in investment activity. In 2013, total investment in these markets was more than double that in 2012, reaching €11.8 billion and marking the first year of growth in investment turnover since 2007.

Jonathan Hull, Managing Director, EMEA Capital Markets, CBRE, commented: “2013 was a turning point in a number of different ways for Europe’s commercial real estate investment market. Consequently, we expect 2014 to be a year in which those trends are consolidated, rather than a year of further revolution. Last year’s biggest change by far was the resurgence in investment in Ireland, Spain, Portugal and Italy. Having doubled year-on-year in 2013, aggregate annual turnover in these four markets has already reached the level that was being seen in 2004/05. As a result, Madrid will more than likely be in the top ten European investment destinations in 2014.

“Another trend that we expect to accelerate in 2014 is the flow of Chinese capital into Europe. This has been expected for some time, but increased dramatically in 2013 with €2.4 billion in acquisitions over the year (twice as much as in the previous ten years combined). The Chinese insurance companies and sovereign wealth funds have substantial resources behind them and at present very little exposure to foreign real estate.”