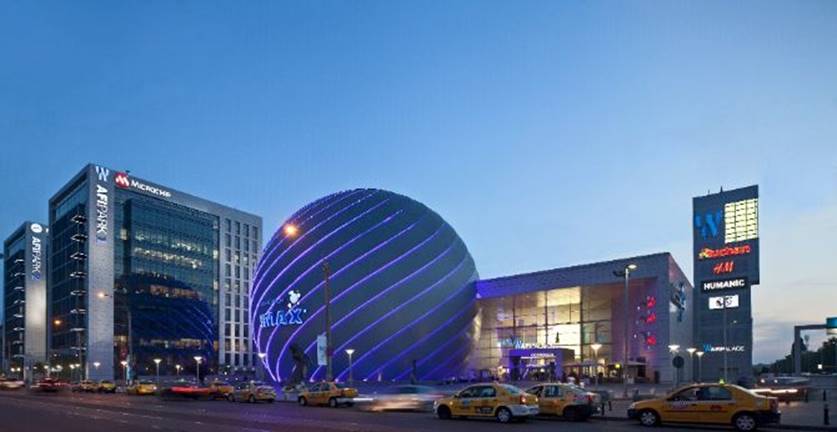 Melisron Group may buy one of Romania’s biggest malls – EuropaProperty

One of Bucharest’s biggest malls, AFI Palace Cotroceni, may change its owner as Israeli tycoons are negotiating an international deal.

Melisron Group, one of the biggest shopping mall owners in Israel, controlled by Liora Ofer, is interested in buying real estate developer AFI Europe from Israeli billionaire Lev Leviev, according to Globes.

AFI Europe’s Romanian subsidiary owns one of the biggest shopping malls in Romania, AFI Palace Cotroceni in Bucharest, another shopping centre in Ploiesti, and five office buildings in Bucharest. AFI Europe also has real estate investments in the Czech Republic, Serbia, Germany, and other European countries.

Senior executives from Melisron recently visited Romania to check out AFI Europe’s local properties. The group is looking to expand outside Israel, where the shopping centre market is already saturated.

Melisron is willing to pay some €415 for AFI Europe while Africa-Israel is asking for over €460 million, according to Globes.

Africa-Israel Properties, the parent company of AFI Europe, is trading on the Tel Aviv Stock Exchange and has a market capitalization of some €350 million. The company had a net profit of €50 million and a net operating income of €81 million, in 2015. AFI Europe Romania had a net operating income of €40 million in 2015, to which the AFI Palace Cotroceni mall contributed with some €31 million, according to the company’s official reports.

Israeli billionaire Lev Leviev’s Africa-Israel group has had financial problems in recent years and needs to sell some of its assets to repay its bondholders.

Liora Ofer is the daughter of Romanian-born Israeli magnate Yuli Ofer, who died in 2011. She won control over her father’s business after a court battle with her brother Doron, who remained a minority shareholder in the group. Their group, Ofer Investments, controls the Melisron real estate developer and Mizrahi Tefahot Bank. Melisron has a market capitalization of close to €1.4 billion.

Brothers Sammy and Yuli Ofer were born in Romania in the early 1920s and immigrated to Israel in 1924. The two brothers, who started with a shipping business, became the richest people in Israel, with a combined fortune of USD 10.3 billion, in 2011, according to Forbes. Sammy Ofer also died in 2011 and his sons Eyal and Idan inherited his fortune.

Eyal Ofer also has business in Romania. His group developed the controversial Cathedral Plaza office building, which is still empty because of permit litigation, and the Willbrook Platinum Business & Convention Center.