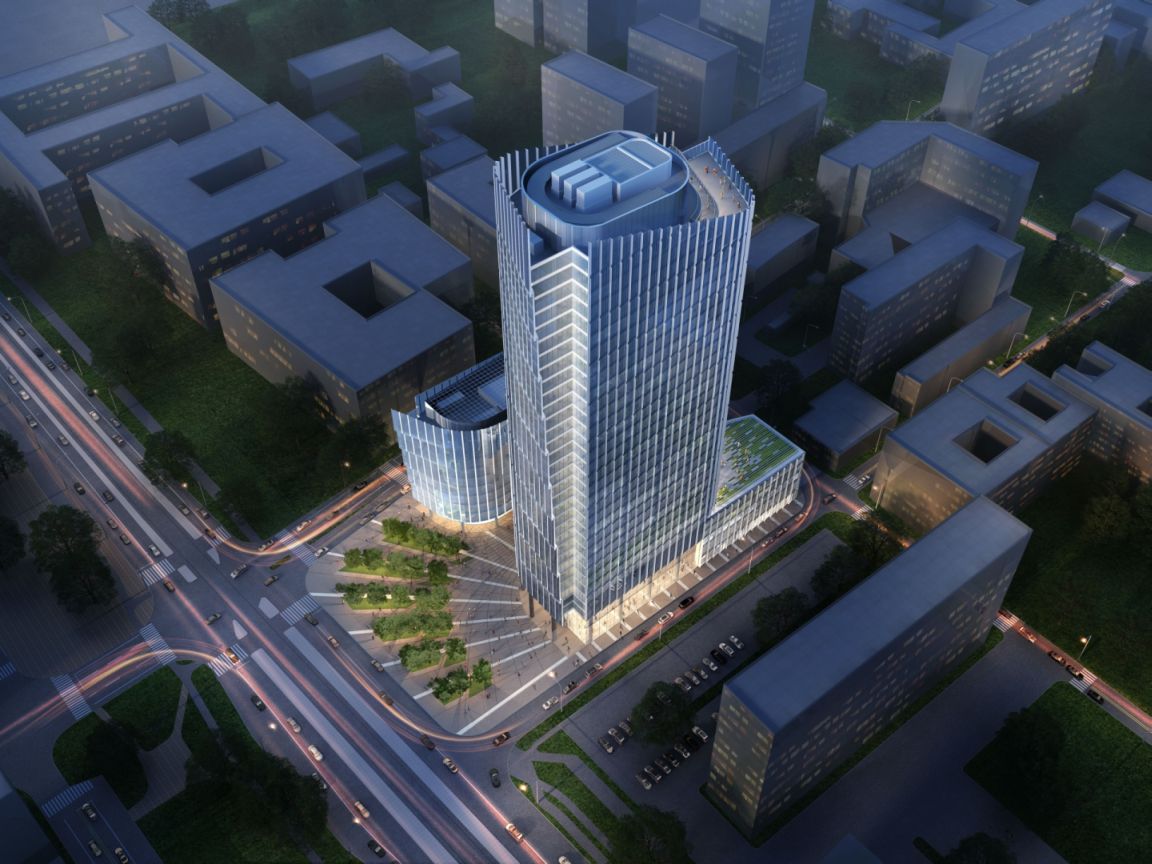 Construction works related to the construction of the underground of Mennica Legacy Tower complex are progressing rapidly. The general contractor of the investment – Warbud, has already completed the expansion of the supporting slab at level -3 and is proceeding with the first elements of the foundation plate.

A 140-meter tall tower with a neighbouring 43-meter tall Western building will offer a total of 65,630 sqm of modern lease space. The first building will be delivered at the end of 2018 and the tower in autumn of 2019.

Mennica Legacy Tower groundworks began in November 2016 and are at a very advanced stage. The general contractor of the investment had reached the deepest excavation point (at -16 metres) and began preparation works for carrying out the foundation plate, which in places will reach a thickness of 2.40 m.

The foundation plate will be delivered in September this year, and the achievement of the “zero level” is scheduled for the end of November 2017. The ramp to the excavation has already been removed from the construction site. Grain from the lower parts of the excavation is being transported with mechanical shovels located at different levels.

After completion of the entire excavation, a special crane with a lifting capacity exceeding 200 tons will start extracting individual diggers – their weight in each case exceeds 30 tons.

“We are very pleased with the pace of construction work within the Mennica Legacy Tower complex,” said Piotr Turchoński, Development Director at Golub GetHouse. “Each stage of the investment is carried out in accordance with a planned schedule, which has not been disrupted even by the discovery of an over 400 kilos bomb from the Second World War.

“In just a few days we will begin one of the key phases of underground work – realisation of the first elements of the foundation plate. To accomplish this, for eight months we have taken out of the excavation altogether about 120,000 cubic metres of grain. Since the beginning of the underground works of Mennica Legacy Tower, nearly 20,000 cubic metres of concrete has been poured out on the construction site and more than 1,500 tons of steel has been used on reinforcement of the foundation.”

The Mennica Legacy Tower office complex is being erected at the junction of Prosta and Żelazna Streets. The office complex comprises a 140-metre high tower and an adjacent 43-metre building. Thanks to the large area of a typical floor – 2,000 sqm gross – and to the outstandingly flexible arrangement of offices, Mennica Legacy Tower will meet the highest standards of ergonomics.

The project has been designed by the renowned Chicago-based architectural firm Goettsch Partners, which decided to work with a well-established design consultant, Epstein.

The skyscraper, developed by Golub GetHouse and Mennica Polska S.A., will combine unique architecture, functionality and top-quality finishing materials. Both buildings will feature advanced technological systems that will increase the continuity and reliability of building systems as well as improve the security of tenants. The entire investment will be completed in line with the demanding requirements of the BREEAM international certificate with ‘Outstanding’ rating.