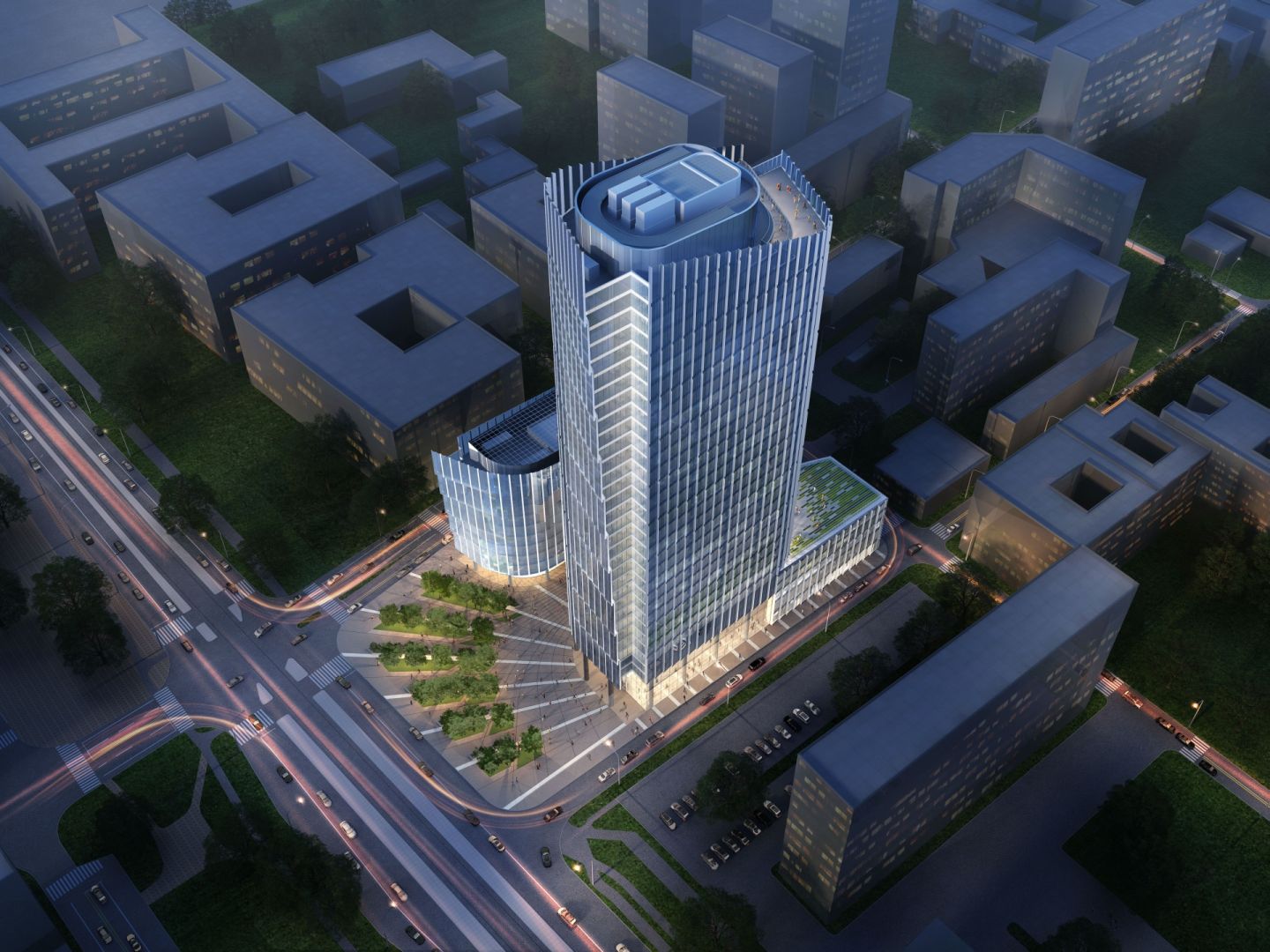 Mennica Legacy Tower is the only skyscraper in Poland to receive a nomination in the BREEAM Awards 2018, organized by the Building Research Establishment (BRE). The office complex developed by Golub GetHouse and Mennica Polska S.A. has been nominated in the category of Regional Awards, Central and Eastern Europe. The winners will be announced at the BREEAM Awards 2018 ceremony in London on the evening of Tuesday, 6 March 2018.

The BREEAM Awards are organized annually by the international certification authority of the Building Research Establishment, operating since 1921. The purpose of the awards is to recognize buildings that set new standards for pro-ecological solutions and sustainable construction. The BREEAM Awards 2018 shortlist was prepared by an independent jury, which indicated the best buildings among projects certified between 1 December 2016 and 30 November 2017.

The Mennica Legacy Tower office complex, which is among the six final projects in the Regional Awards, Central and Eastern Europe category, was the first skyscraper in Warsaw to receive an “Outstanding” rating in the BREEAM 2013 New Construction certification scheme.

Czarek Jarząbek, Founder and CEO of Golub GetHouse, said: “We are extremely proud of the BREEAM Awards 2018 nomination. It confirms that Golub GetHouse implements the highest standards of office construction. In our projects we implement energy-efficient and user-friendly solutions which greatly reduce the operating costs of our tenants but also increase their comfort. The BREEAM Awards 2018 nomination isn’t the only honour granted to Mennica Legacy Tower by BRE in recent months. At the end of last year, our project was included in the prestigious ‘Christmas Crackers’ list, among the ten most interesting office projects around the world.”

Sweco Consulting, an independent company specializing in building certification in the BREEAM system, was responsible for the certification process for Mennica Legacy Tower and coordination of the skyscraper’s application for the BREEAM Awards 2018.

Dominik Włodarczyk, BREEAM Assessor at Sweco Consulting, said: “The BREEAM certification process of Mennica Legacy Tower was implemented from the very beginning of the realization of this project and thus set the standards for its design, implementation, and future use. The early implementation of the assumptions of this system into the building allowed for optimization of the chosen solutions, which in turn translated into an excellent certification result. Just being in the group of nominees for the BREEAM Awards is a huge success. This is a competition that you can’t register for yourself. The only criterion is getting one of the six best results in the given category. This means that Mennica Legacy Tower was among the six best buildings certified in 2017 throughout Central and Eastern Europe. It is a huge distinction and confirmation of the high standard of the project.”

The 140-metre high tower with the neighbouring 43-meter-high Western building will offer a total of 65,630 sqm of modern office space. The project was designed by the renowned Chicago-based architecture firm Goettsch Partners, which decided to work with the well-established design consultancy Epstein.

Mennica Legacy Tower will combine unique architecture, functionality and top-quality finishings. Both buildings will feature advanced technological systems that will increase the continuity and reliability of the buildings’ systems as well as improve the security of tenants.

At the construction site, the first above-ground floors of the skyscraper are now being put in place, while structural and installation work has begun in the underground levels. The entire complex will open in Autumn 2019.