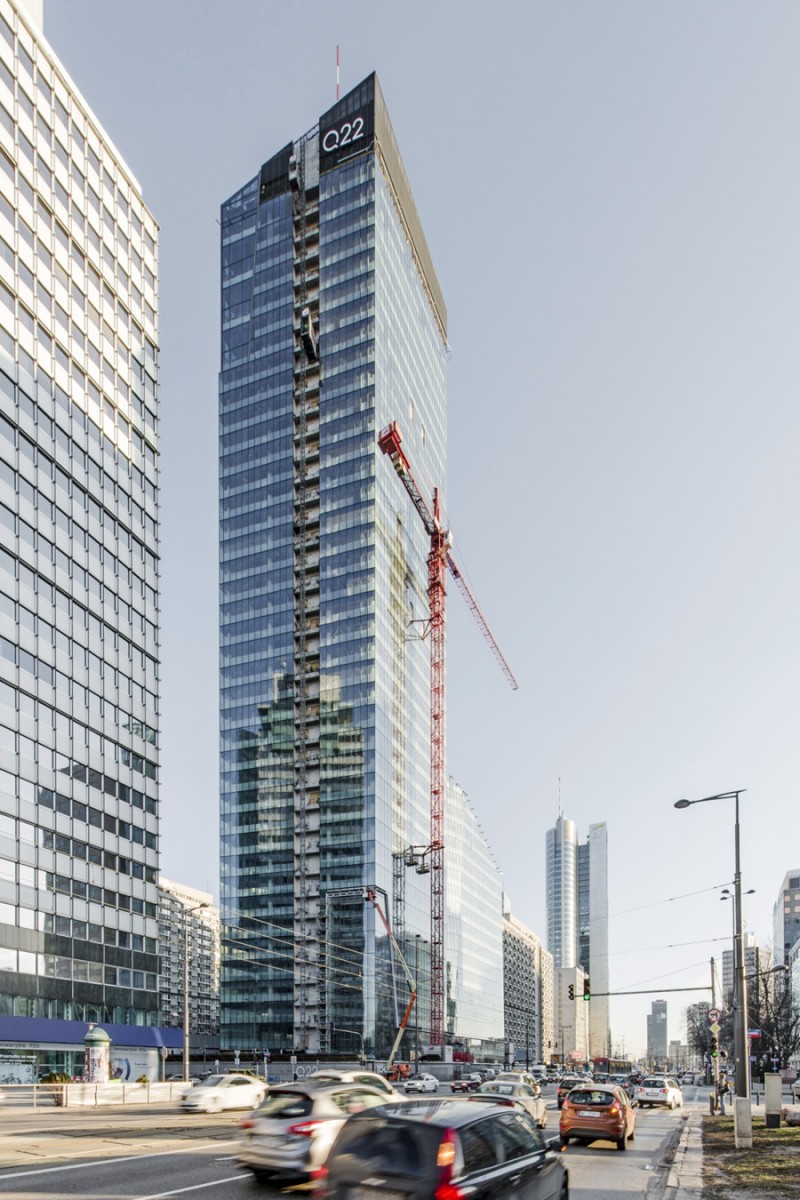 According to the latest report by the international real estate advisor Cushman & Wakefield, “Property Times: Boost in office space,” Q1 2016 saw a rapid growth in the supply of office space in Warsaw, which more than doubled the results for the same period in 2015. Due to the record-breaking levels of supply, vacancy rates increased by 1.9 pp. To 14.1 percent. Although statistics show a fall in net absorption, this is probably a temporary decrease in the light of last year’s exceptionally high growth. The experts at Cushman & Wakefield expect the office market to continue its growth in the remaining months of 2016, with pipeline supply estimated at 330,000 sqm.

The total office stock in Warsaw reached almost 4.75 million sqm at the end of March, with approximately 30 percent of existing office space located in the city centre. In the first three months of the year, almost 113,100 sqm were delivered to the market (53,900 sqm more than in the same period of 2015), of which over 59 percent in non-central locations. Major buildings completed in Q1 2016 included the second phase of Eurocentrum Office Complex (Capital Park, 25,000 sqm), Astrum Business Park I (IRYDION, 22,600 sqm), Atrium 2 (Skanska, 20,200 sqm), Prime Corporate Center (Golub GetHouse, 20,100 sqm) and Building C of the second phase of Gdański Business Center II (HB Reavis, 19,700 sqm).

According to the report, current market situation continues to favour the tenants. However, base rents in the centre remained unchanged, amounting to €24 per sqm per month in prime buildings. Modern office buildings in attractive non-central locations stayed within the €13–16.5 per sqm per month limit. The only zone to report a decrease in rent rates was Upper South, where average prime rents fell to €14 per sqm per month (down from €14.25 recorded in December 2015). Coupled with a significant transaction volumes’ decrease in the Upper South (down by 26 pp as compared to the same period last year), this might suggest that the tenants are losing interest in the zone.

Due to strong competition on the market, developers and landlords continue to offer attractive incentive packages to their tenants, including rent-free periods and fit-out contributions. This allows the tenants to significantly lower the total leasing cost, both at the time of renegotiating current leases and when relocating to new buildings.

“While 2015 was record-breaking in terms of leasing activity and net absorption, the beginning of this year saw a slight decrease in these areas. However, supply is rapidly growing, which bodes well for companies looking to lease modern office space in Warsaw. The most interesting trend is the increasing outflow of tenants from the Upper South zone in Q1 2016, which used to be the most popular location for business. In the last three months, tenants were attracted mainly to the South West 1 and North subzones,” said Bolesław Kołodziejczyk, Senior Consultant, Consultancy & Research, Cushman & Wakefield.

330,000 sqm are expected to be delivered to the Warsaw market by the end of the year. However, 65 percent of this space remains unleased, and vacancy rates may continue to rise up to 16–17 percent. Continuing high levels of supply in 2016 will result in a growing competition and an increasing downward pressure on rents, especially in the case of older buildings in less attractive locations.

Although take-up was slightly lower than in the same period last year, taking into account both past data indicating lower tenant activity levels at the beginning of the year and planned lease transactions, gross take-up at the end of 2016 is expected to reach last year’s levels.

Over 50 percent of new supply will be constructed in the city centre. Major projects scheduled for opening in 2016 include Warsaw Spire – Tower (Ghelamco, 61,000 sqm), Q22 (Echo Investment, 50,000 sqm) and the next stage of the second phase of Gdański Business Center II (HB Reavis, 29,300 sqm).

“We are observing a shift in the making as more and more companies look to upgrading their office space through relocating into more modern office space or changing the way they use their premises. This trend should continue in the next couple of years and although vacancy may increase in older buildings, this will ultimately be absorbed by companies moving out from the older, more obsolete Class C buildings into relatively newer Class B buildings,” said Richard Aboo, Partner, Head of Office Department, Cushman & Wakefield.