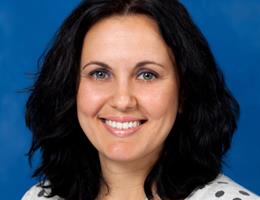 According to JLL, office completions in Moscow in Q4 2016 totalled for 60,300 sqm, the lowest quarterly level ever. Total 2016 completions reached 317,200 sqm, also the lowest level in the Moscow office market history.

The 2016 completions fell short of expectations as the delivery of about 90,000 sqm was delayed until H1 2017. It is expected that 2017 completions will reach 542,000 sqm, including 219,000 sqm in Class A. Besides delays, the completion volume was reduced as the functional use of some projects was converted into residential.

The occupier demand focused on Class A objects. With more than 51 percent of total new lease and purchase transactions in 2016, the segment enjoyed double the volume of 2015 transactions. The demand is decentralizing as well: out of 414,000 sqm transactions outside the Third transportation ring, about 178,000 sqm were done in Class A objects (a 54 percent y-o-y growth).

“Economic forecasts for 2017 presume gradual demand recovery. We expect the Moscow office take-up to increase to 1.1 million sqm. Attractive market conditions and positive business outlook for many companies will encourage them to close new leasing transactions. This will support the rental rates, with potential rise in the second half of the year. However, this will be curtailed by the large volume of vacant office space,” added Alexander Zinkovskiy, Head of Office Research, JLL, Russia & CIS.