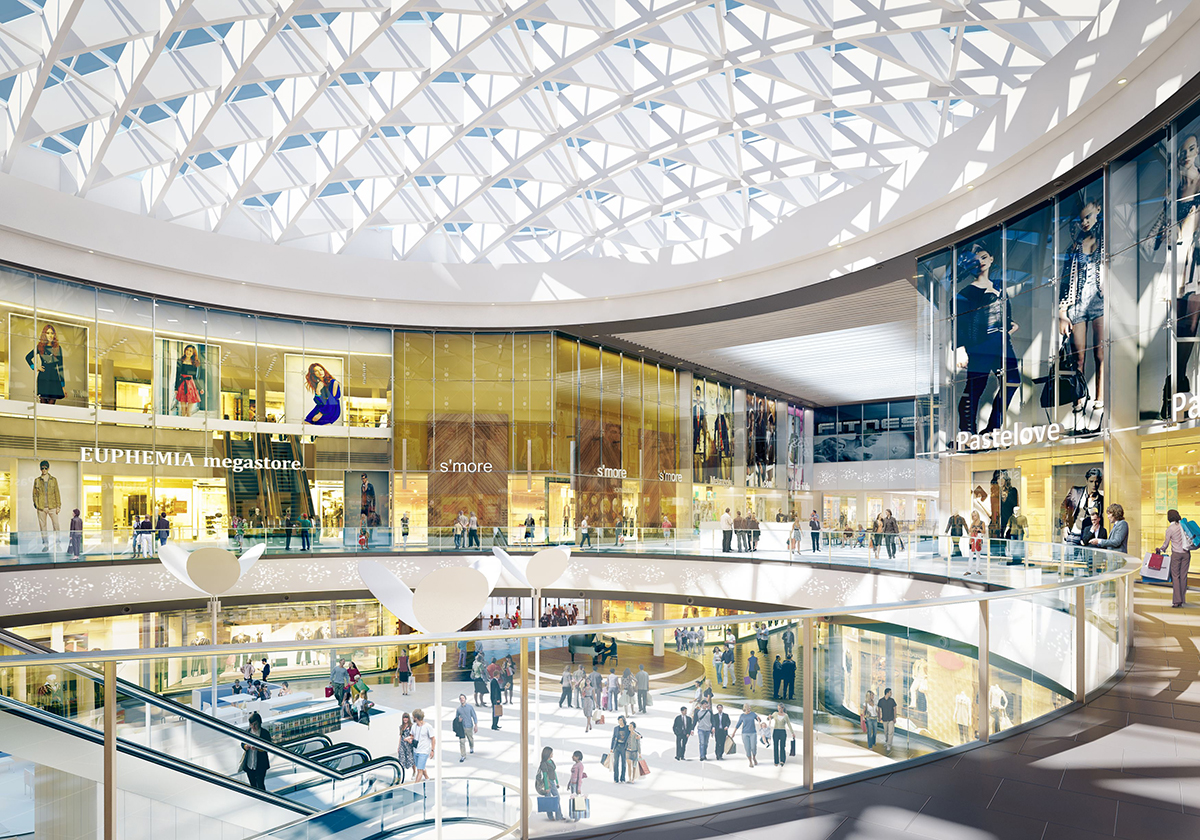 Extension of the Galaxy shopping centre in Szczecin is nearing completion just like the process related to the leasing of the newly-developed part. Echo Investment’s team responsible for the lease of the shopping mall in Szczecin has just announced a key stage in the process: only one contract still needs to be signed. It means that the facility will be 100 percent leased before its opening.

“Our commercialization plans involved two assumptions: to design an interesting and complementary tenant mix, bring in attractive brands and lease 100 percent of the project before its opening. The last task is not easy taking into consideration the saturation with the offer and the growing needs of retail chains. Negotiations, contract preparation and all issues related to the entire commercialization process take more and more time and they require a lot of involvement,” said Michał Banasik, senior leasing manager in Echo Investment’s Shopping Centre Department.

“Our strong assets mostly include quite an extensive experience in the industry, not only in the field of architecture, structure, construction work or marketing, but also in terms of an appropriate and efficient tenant sourcing for a given project. Every time our priority and key issue is the lease of all the units before the opening, which has been the case with the latest Outlet Park in Szczecin but also a number of our earlier projects. Our success mostly results form a long-term experience and the adopted strategy of a classic developer, which builds comfortable and friendly projects offering complementary functions, which are appreciated by users. I hope for a similar success with the finalization of Libero, Galeria Młociny and our Warsaw project at 22 Towarowa Street,” said Tomasz Domoń, regional leasing director in Echo Investment’s Shopping Centre Department.

The latest contracts signed by Echo Investment’s leasing time include Tefal Home & Cook brand, one of the most recognizable brands of household appliances which is to open its first regular shop in Poland in Galaxy. The Le Creuset brand, which is known for its outstanding design, beautiful and functional things, will also offer household appliances.

In October the group of tenants was also joined by Media Expert – one of the largest brands in the field of audio & video equipment, household appliances and multimedia, which is to occupy a unit with an area of as much as 1,600 sqm in Galaxy.

As far as fashion is concerned the latest acquisitions of Galaxy include Puma – the global leader of sports clothing and footwear, which is to move into a shop with an area of 130 sqm in Galaxy, as well as Medicine – a popular clothing brand which is to occupy 320 sqm.

The Galaxy shopping centre is a modern project which was opened in 2003, it includes 132 outlets and it is currently being extended. After the completion of the extension work it will include 176 retail outlets. The opening of the next part of the centre is planned for November this year.

The property is located in the centre of Szczecin and it consists of two buildings: a shopping centre and a five-storey car park for 1,270 cars, which is connected with the main building by a bridge over an internal road and a passageway for pedestrians on the ground floor.

This year Galaxy was awarded the Golden Customer Laurel 2017 for the third time as well as the Grand Prix Customer Laurels 2017. Galaxy was considered the most recognizable among shopping centres, outstripping its competitors in the region. Since 2016 Galaxy has been part of the portfolio of EPP (Echo Polska Properties). The company is also responsible for asset management of the facility.