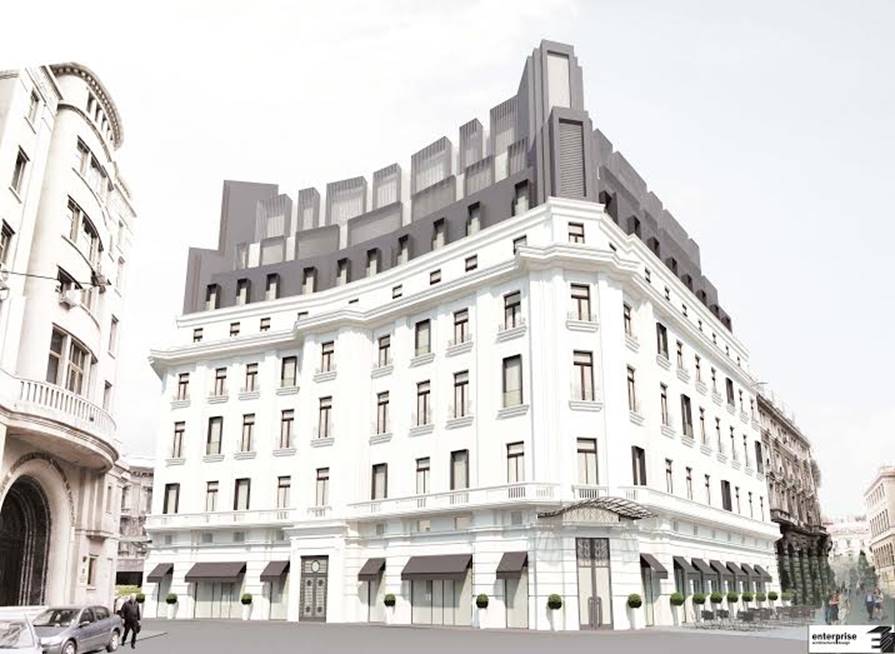 Hilton Worldwide, one of the biggest hotel operators in the world, is set to open its first Hilton Garden Inn hotel in Romania in 2017. The new hotel is located in a historic building in Bucharest’s Old Town, next to Romania’s National Bank’s headquarters. The unit will have 201 rooms, and is currently being renovated. It is owned by a local company Apex Alliance 1.

“In terms of design, the Hilton Garden Inn Bucharest Old Town follows a strategy that we are developing with great success in several European cities, including Moscow, Paris, London and Szczecin, that of carefully preserving the façade of a building located in the city’s historic centre, while incorporating a modern hotel in the respective construction,” said Patrick Fitzgibbon, Senior Vice President, Development, EMEA, Hilton Worldwide.