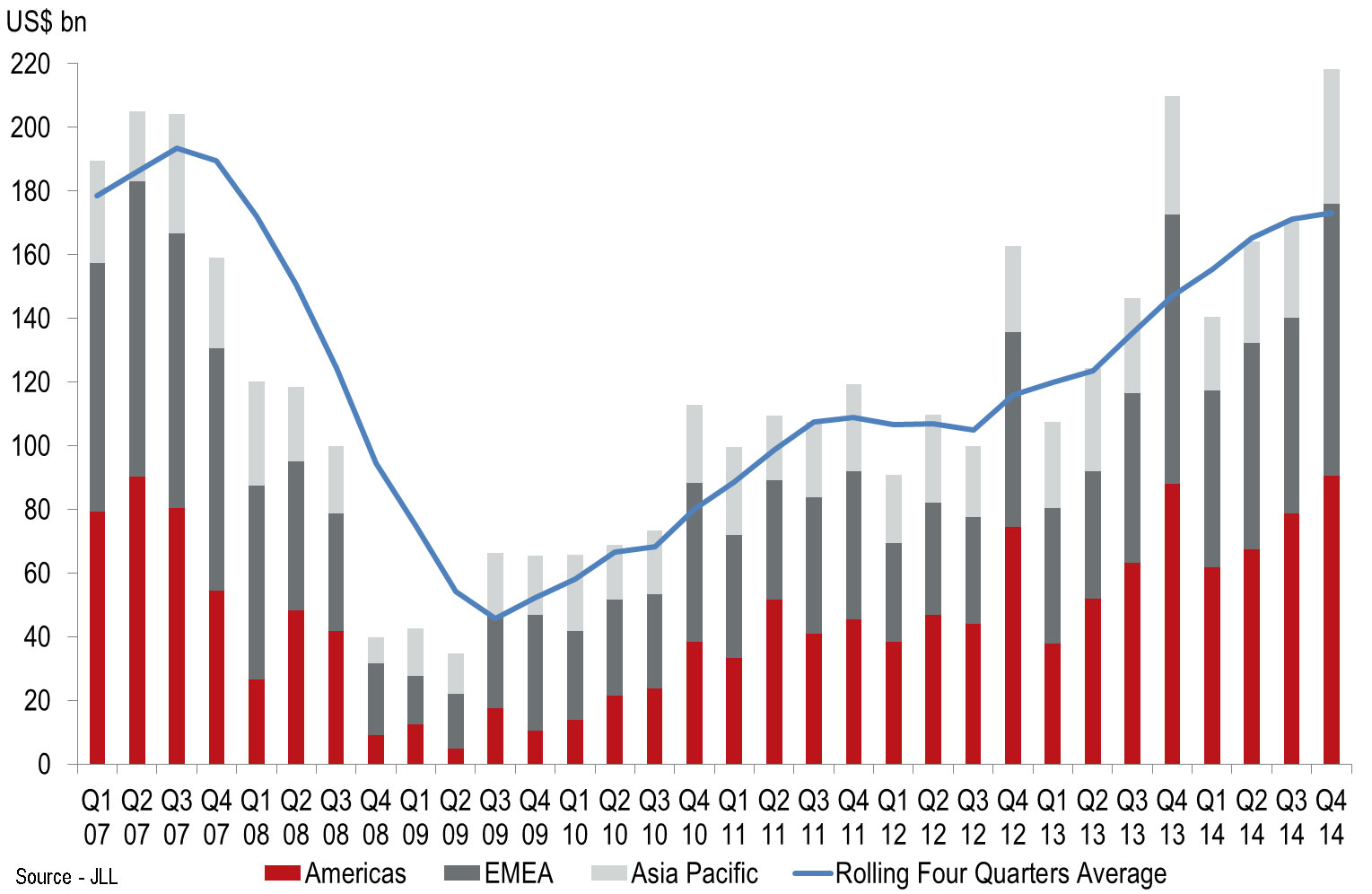 Global direct commercial real estate investment transaction volumes hit a new record high in the final quarter of 2014, according to JLL. Volumes in the fourth quarter reached US$218 billion, bringing the preliminary full year volumes for 2014 to US700 billion, an 18 percent rise on 2013.

Arthur de Haast, Lead Director, International Capital Group, JLL said: “The Americas and Europe have been the driving forces of global growth, with economic recovery in the U.S. and UK a key component. Asia Pacific had been lagging for most of 2014, but a strong final quarter brought it in line with 2013 levels.”

He continued: “Despite there being more uncertainty in the world than there was 12 months ago, we expect direct real estate to continue to appeal in a low interest rate environment, so we are forecasting transactional volumes of between US$730 and US$750 billion in 2015, which would be the sixth consecutive year of volume growth.”

David Green-Morgan, Global Capital Markets Research Director, JLL added: “After such a strong run up in transactional activity over the last six years, growth in 2015 looks as though it may be slightly more subdued as investors weigh up their next moves. The global economy faces new challenges with changing monetary policy in the US, Euro Zone and Japan, pivotal elections in the UK, Spain, Canada and Greece and a Chinese economy coming to terms with lower GDP growth. However, the macro drivers of investment into real estate remain, fund raising was robust in 2014, institutions continue to allocate more money to direct real estate and emerging economies are relaxing the rules on the export of capital.”

European volume growth almost matched those of the Americas rising 21 percent to US$267 billion for the full year. Whilst the biggest markets of the UK, France and Germany recorded solid growth of 17 percent, some of the smaller markets saw considerably higher growth: the Nordics (up 41 percent), CEE (up 51 percent), Benelux (up 61 percent) and Southern Europe (up 70 percent).