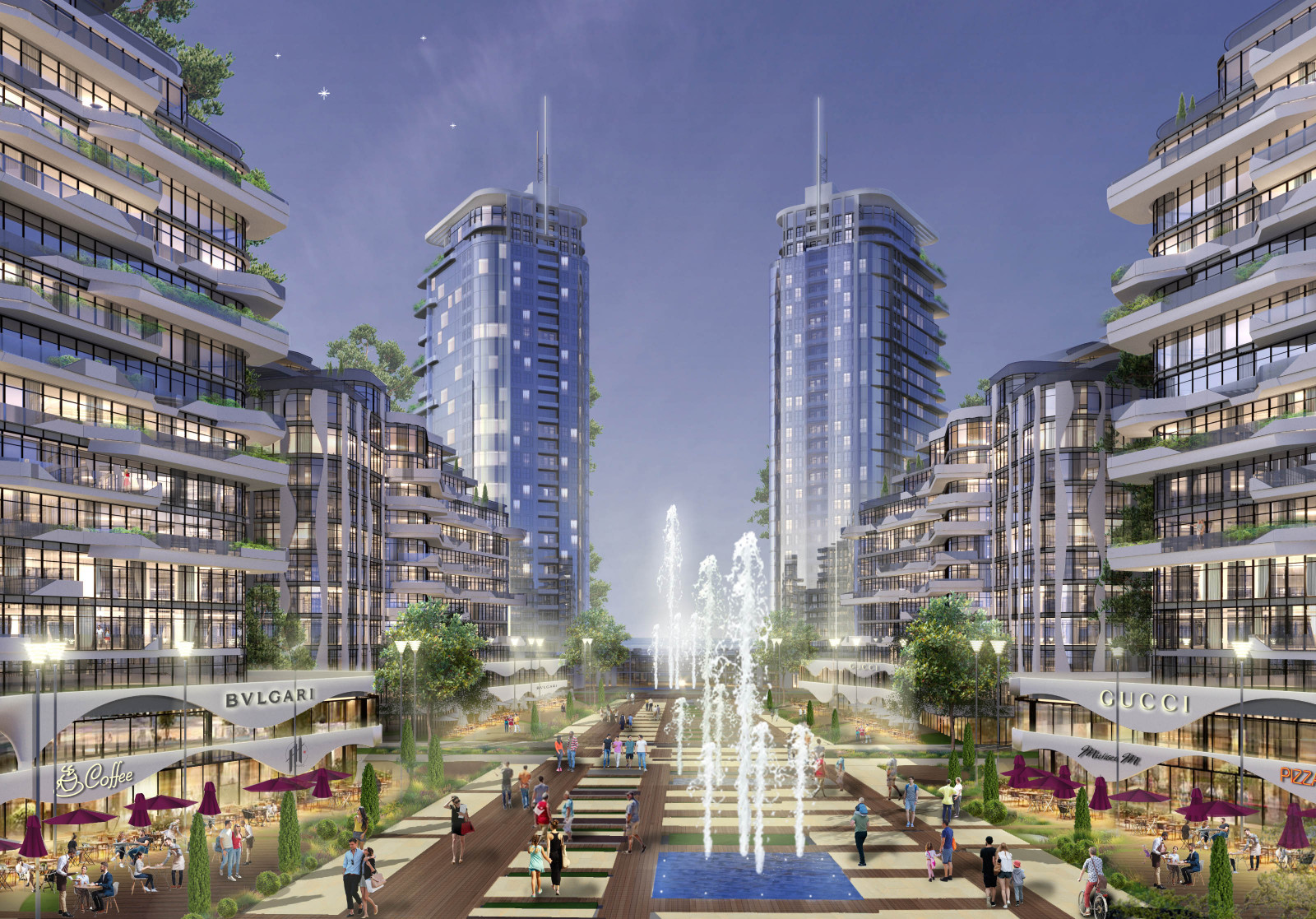 New regeneration project for the center of Kyiv – EuropaProperty

One of the brightest projects at this year’s MIPIM international real estate fair was the large-scale Ukrainian project Lipki Island City Resort, which was represented by the investment and development company, City One Development. The project, not only gathered a large number of participants at its stand, but also surprised attendees with a conceptual approach and a holistic vision of the project.

Lipki Island City Resort is one of the largest development projects in Kyiv, which simultaneously corresponds to several global trends. Firstly, it is a regeneration of a former industrial area in the central part of the city, which requires restoration and economic repurposing. Secondly, it is a true multifunctional development, reflecting the new logic of reconverting space options in Ukraine. Thirdly, it focuses on people and their needs.

“The planned investment in the project is more than $600 million,” said Valerii Kodetskyi, President of City One Development. “Lipki Island City Resort is our vision of the revitalization of the urban area around the Kuznya na Rybalskom plant, where a modern district will be created, combining residential, recreation, sports, education, business and shopping areas. Having presented it to international experts, we have received expert evaluation and feedback from architects and potential investors, thus making sure that we are moving in the right direction.”

Redevelopment of industrial areas is a modern trend in the development of almost all world’s megacities. Ukraine is taking its first steps so far in de-industrialization of cities adopting the best international practices in creating human-centric concepts. The boundaries of the ambitions of Lipki Island City Resort go far beyond industrial area redevelopment, aiming to revitalize the urban area by creating on the territory of the old shipyard a modern urban neighbourhood with a high-class public zone capable of becoming the benchmark for modernization of Ukrainian cities in the City Resort format. The project provides modern space with a coastline accessible to all Kyiv residents, a furnished embankment with a beautiful view of the Dnieper River and the possibility of recreation and entertainment. The concept is based on the principle of mixed-use or live and work, which takes into account, in addition to the residential and commercial components, public spaces and the cultural part in a form of a summer open-air theater.

According to international experts, a multifunctional urban building that connects various areas of the city opens up prospects for increasing significance and long-term growth and value. Location in the central part of the city and proximity to the Dnieper, the possibility of creating new connections with the historical center of Kyiv, as well as excellent prerequisites for creating a high-quality urban environment that can become the property of not only residents of the area, but for all of Kyiv’s residents are the main advantages of Lipki Island City Resort.

“Projects like this, one might say, turn the mind over from the point of view of the correct use of not only place and land, but also the creation of a comfortable living environment for both its residents and all citizens. Therefore, the symbiosis of professionalism, consistency and creativity of the developer can give a powerful commercial development to this project,” emphasized Yurii Krivosheia, the President and Managing Partner of the Ukrainian-Canadian Toronto-Kyiv Community, a participant of MIPIM 2019.

Moreover, as noted by Yurii Krivosheia, implementation of Lipki Island City Resort will embellish the capital of Ukraine and set new trends in the real estate market, among which is the formation of a self-sufficient ecosystem for life. The project provides for construction of 574,420 sqm of residential real estate. Despite the large volume, according to Nick Cotton, managing director of the Kyiv office of Cushman & Wakefield, this property will be in demand. “Despite the fact that the housing market in Kyiv is developing dynamically compared to other real estate segments, the city is second in terms of sqm per capita to other European capitals. Therefore, residential real estate in a new and well-planned area with modern infrastructure, as well as green areas and access to the river will definitely be in demand,” he emphasized.

In addition to residential real estate, the project envisages the creation of a kindergarten and a school, arrangement of a 1,050 meter embankment and 1,100 meters of bicycle paths, and, of course, commercial premises – a 58,170 sqm business center, and a regional shopping center.