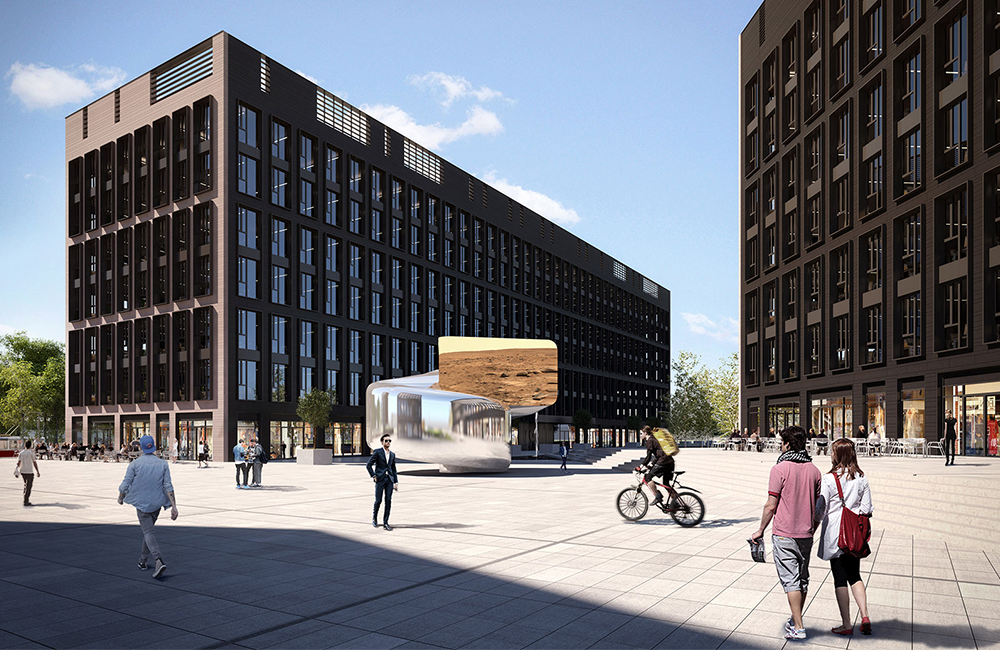 New Work continues its expansion on the Czech market and is about to open a third location there – the Rustonka business centre – at the start of 2020. The business centre will offer 38 offices with individual capacities ranging from 4 to 11 persons which can accommodate up to 176 people in total on the overall area of 2,200 sqm.

The Rustonka premises have been introduced last week for the first time, when real estate professionals were invited to take the tour around the center. Michael Smithing, New Work’s CDO, opened the tour with an inspirational speech summarizing the latest trends and development in the office space segment and highlighted that the future of the workspace rent lied in providing maximum flexibility. Rustonka (and other New Work’s locations as well) can be rented already from three months, the tenants can move in basically immediately after the contract signing and can then flexibly scale up or down their capacities according to their current needs.

Rustonka complex located in the pulsating Prague–Karlín district, one of fastest developing areas in Prague. Thanks to many restaurants, cafés, bistros and shops in the surroundings it is sometimes nicknamed “Prague’s Berlin” and the office spaces there belong to the most demanded ones in the city. Rustonka will add to the existing New Work’s locations in Prague – the Coral business centre and the Dynamica building which is part of the stylish Waltrovka Park.

“Our plan is to operate at least five locations in Prague with a total area of more than 15,000 sqm by the end of 2020. This will further confirm New Work as a significant player in the Czech market,” revealed Hubert Abt, founder and CEO of New Work.

New Work was founded in 2013 in Budapest, Hungary, and today operates in Hungary, the Czech Republic, Ukraine, Romania and Poland. By 2020 the portfolio will consist of 50 locations in 12 cities across five countries.