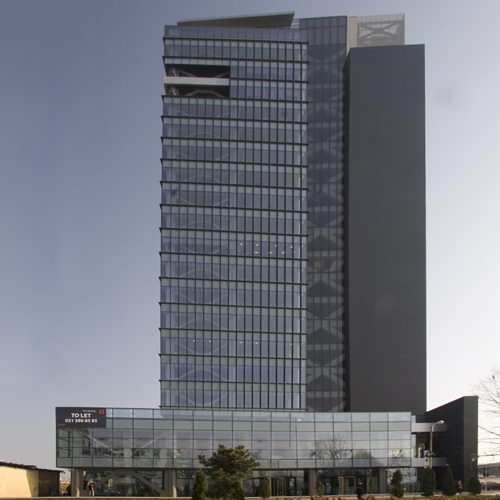 Nusco Group has reached agreement on the sale of their 23,000 sqm office tower located in Bucharest, Romania, in the new headquarters area of Floreasca – Barbu Vacarescu, to Globalworth Real Estate Investments. Colliers International provided strategic advice to the Nusco family during the transaction.

Nusco Tower is a landmark office building delivered in 2010 and leased to international tenants including Oracle, Bayer and Volksbank. As part of the deal, Nusco Group also sold to Globalworth their 2,500 sqm land plot located in the close proximity of the tower. The total transaction, valued at €50 million, is expected to be closed in Q2 2015.

Robert Miklo, Associate Director with the Investment Services team of Colliers International Romania, commented: “The sale of Nusco Tower represents a successful exit by the Nusco family from a landmark project that had a key shaping role in the development of what is now recognized as the most vibrant office address in Bucharest. This submarket has witnessed the third major investment transaction within the frame of a month, after the sale of Skanska’s Green Court Phase I and the sale of Promenada Shopping Center by Raiffeisen Evolution. Finally, the deal represents another catalyst to market momentum that has been accumulating over the course of the year and is a good premise for 2015 when more investors are expected to make acquisitions on the backdrop of positive economic and political developments in CEE’s second largest country.”

Only this year, Colliers International Romania mediated several other leasing transactions, including the sale of Timisoara Airport Park by Invest4SEE to Globalworth, acquisition of 16.35 percent of CA IMMO’s share capital by O1 Group from Unicredit or the sale of CA IMMO’s 467,000 sqm logistics portfolio in Poland and Romania to warehouse developer P3. On a regional level, Colliers International has advised vendors and buyers across CEE countries, on transactions volumes of over €1 billion so far during 2014.