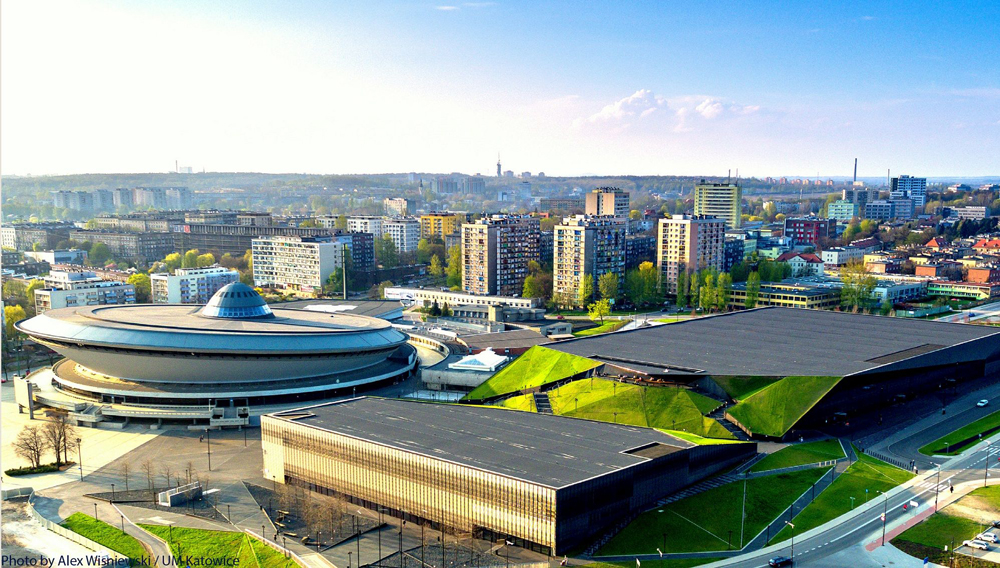 According to a report by real estate advisor Savills, the office market in Katowice has noticed a temporary slowdown. Supply of office space under construction is the lowest in years. However this trend is temporary and next year a boost in development activity can be expected. The vacancy rate is dropping, but still remains at one of the highest levels compared to other major Polish cities.

As stated in “Market in Minutes – Office market in Katowice 2017” Katowice is the fifth largest office market in Poland. The capital city of Upper Silesia is overtaken by Warsaw and three key regional markets – Kraków, Wrocław and Tricity.

Office stock in Katowice at the end of Q1 2017 stood at 447,100 sqm. The advantage of the city is the fact that office buildings available for rent are quite young with over 1/3 of supply completed since 2014. The share of buildings of over 10,000 sqm is 50 percent.

“Being the heart of an agglomeration inhabited by over 2.1 million people, one of the largest academic centres in the country and the centre of one of the largest industrial areas in Europe, Katowice is an attractive location for IT and SSC companies,” said Tomasz Buras, Head of Poland, Savills.

Development activity in the city is currently at the lowest level since 2011. Office stock is expected to increase by only 7,700 sqm this year. Another 35,300 sqm will be completed in 2018, including TDJ Estate’s KTW I (18,200 sqm) and the fourth building at Silesia Business Park by Skanska (12,000 sqm).

“New supply in Katowice in 2017 will be one of the lowest ever recorded in Katowice and the lowest when compared with other major cities in Poland,” said Wioleta Wojtczak, Head of Research, Savills. “However, already in 2018 development activity will rise.”

Since the beginning of 2016, gross take-up in Katowice reached 47,600 sqm of which ca. 5 percent took the form of lease renewal or renegotiations and 10 percent were due to expansions. Some 56 percent of all transactions were new leases or relocations. The largest transaction from the last 15 months was Rockwell Automation in A4 Business Park (7,400 sqm). The transaction took the form of a pre-lease agreement, which means it was signed for the office space in a project that is not yet delivered.

Due to the low level of supply, the availability of new office space in Katowice at the end of Q1 2017 stood at 14.6 percent, down 2.8 pp y-o-y. Despite the low development activity, the vacancy rate in Katowice is still on one of the highest levels compared to other major cities in Poland. The highest vacancy level is noted in the newest buildings, completed since 2016. According to Savills’ forecasts, the vacancy rate in the city is expected to decrease by the end of 2017, but will still remain at a relatively high level. Prime headline rents in Katowice are in the range of EUR 13.50 – 14.00 per sqm/month and despite decreasing availability of office space are expected to remain stable over the coming months.