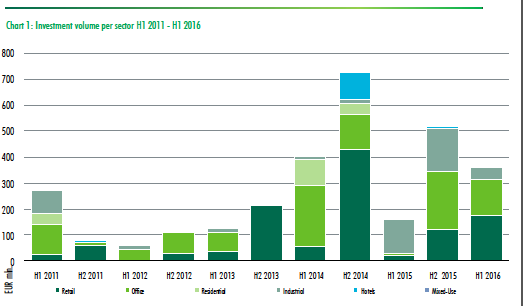 Investments in Romanian real estate sector for the first half of 2016 is at the highest level for the last 5 years, according to the last CBRE Romania report on investment market, issued this week. Thus, the total investment volume for HI 2016 was over €359 million, compared to €107 million, registered in the same period of 2015.

“Several sizeable on-going transactions entail that 2016 has the potential to exceed 2015 volumes while the pipeline of anticipated disposal processes indicates a continued rise in investment volumes over the coming 18 months,” said Robert Paulson, Head of Investment Properties, CBRE Romania.