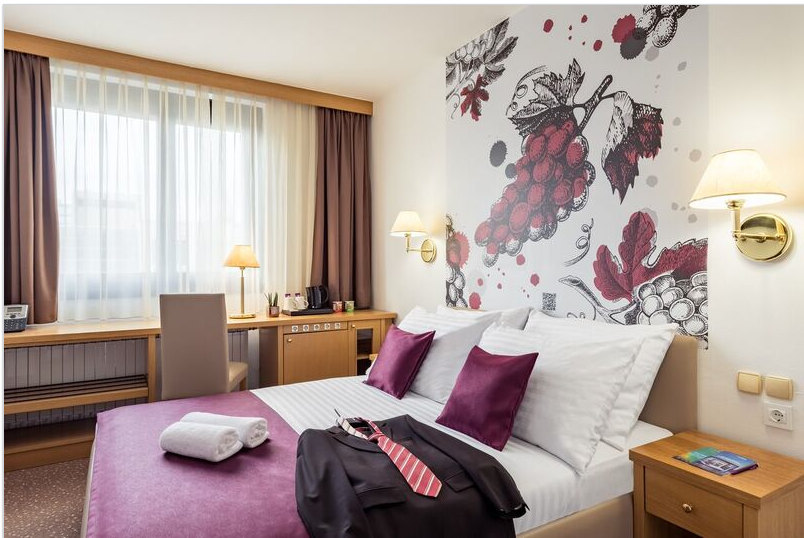 Orbis Hotel Group, strategic partner of AccorHotels in Eastern Europe – world-leading travel & lifestyle group, opened its first hotels in Slovenia, Mercure and ibis Styles Maribor in partnership with its local partner and investor, Terme Maribor. Following their renovation, both hotels, developed in the frame of franchise agreements, received their first guests under the internationally well-known AccorHotels brands, Mercure and ibis Styles on the 29th of January 2018.

The total investment of renovation, including hotel rooms, lobby and restaurants was around €600,000.

Both hotels in the city center are now known by new names: former hotel Piramida as Mercure Maribor City Center**** and hotel Orel as ibis Styles Maribor City Center***. They have now become a member of AccorHotels,world-leading travel & lifestyle group, having more than 4200 hotels in 95 countries all over the world, along with its global team of more than 250,000 dedicated women and men, having a purposeful and heartfelt mission: to make every guest Feel Welcome.

Mercure Maribor City Center**** hotel welcomes its guests with a story located in the Slovenian most known wine region, famous for the world’s oldest grape vine. Mercure hotels all over the world are different and very locally inspired. They strive to quality and respect towards local tradition. It is known that Maribor, along with whole Štajerska region, has more than hundreds of years’ old tradition of quality wine and respect for different wine regions.

On the other side, the colorful story of ibis Styles Maribor City Center hotel*** is referring to the fact that Maribor, as the second largest city in Slovenia, is also the capital of many cultural events and one of the largest public cultural institutes in Slovenia, Slovenian National Theater. Maribor is the place, where one of the greatest celebrations of art – Borštnikov festival is hosted. Therefore, having a hotel that welcomes its guests into their own theater in such a cultural city, presents a good way to interact with tradition and its elements. By driving through the story of different ballet, drama, opera and tragedy elements a totally new world opens for the guests, full of good things to see and different ways to interact. The story will not only attract guests, but also will bring them back to the hotel.

Ignacio Rodriguez, the director of Terme Maribor, said, “With the renovation of these two hotels we intent to further develop our hotel management strategy that will lead us into becoming one of the most internationally recognized and prominent hotel providers in this region, in Maribor especially. By partnering with Orbis / AccorHotels Group, we believe we have gained a lot of know-how, higher standards and better conditions when presenting our offer to foreign guests.”

“Orbis is the leading hotel operator in Central-Eastern Europe with more than 120 hotels and the sole licensor of all AccorHotels brands in the region. With the opening of Mercure and ibis Styles in Maribor in partnership with Terme Maribor, Slovenia is the 12th country where we are present, further strengthening our leading position in the region,” commented Emeline Sýkora-Wintrebert, Development Manager of AccorHotels/Orbis South-Eastern Europe, Czech Republic, Slovakia.