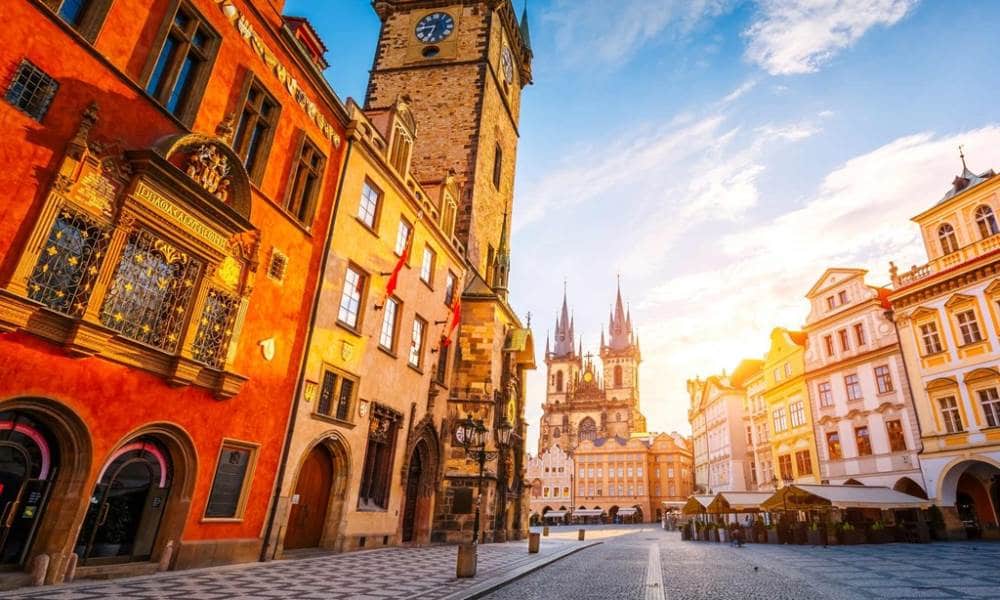 Overseas capital flows to the CEE real estate market. Prague is the second fastest growing city in the EU – EuropaProperty

Prague is the second fastest growing city in the EU, according to the latest report prepared by Skanska, Colliers International and Dentons, describing the development of important cities in the CEE region. The list created by the authors has been set up based on several criteria – GDP per capita, human resources and city connectivity jugded by the number of passengers on the local airports. According to the report, the region will further retain its growth. A favourable economic situation and good results in the big cities namely fuel the demand for new investments including those from Asia.

The CEE Investment Report called Thriving Metropolitan Cities focused except from the Czech Republic on city development in Poland, Hungary, Romania and Slovakia. For example, the report points out that Prague outgrew London and Berlin more than twice in the number of restaurants. In the framework of the whole region, Prague resembles the most the Western cities by the structure of its local economy, the high amount of professional services, arts and entertainment.

The Czech capital attracts also by its educated labour force, which exceeds the European average and it is comparable with Paris or Madrid. Also thanks to that the locally crucial investments flows into segments such as research, development or engineering. Most of the employees here work in retail, professional services or public administration. So, the office space in the city itself occupies 3.5 million sqm.

In the report, the authors paid great attention to the real estate market. Last year’s commercial real estate investment volume across the CEE region reached approximately €13.2 billion, with over €5 billion deployed in the office market.

The stock of office space in the local important cities has grown in the past few years and it now totals 21.8 million sqm in big cities throughout the entire CEE region. Forecasted completions by 2021 will increase this number by a further 20 percent – to 26.5 million sqm.

One of the most important trends covered by the new CEE Investment Report is that the strong development of the office market has attracted an unprecedented inflow of overseas capital, ranging from South Africa to Asia. Since 2013, the CEE region has accounted for less than 3 percent of all capital spent by Asian investors outside their home continent. This year that figure jumped to 9.5 percent in CEE, and within Europe it has risen to 14.5 percent. The total value of Asian capital invested directly in CEE since 2013 is €7.7 billion, compared to the €12,8 billion inflow of German capital.

“In our eyes, Prague has a huge potential and we are pleased that more and more foreign investors, share this view with us,” said Alexandra Tomášková, Director of Skanska Property Czech Republic.

According to the 2019 CEE Investment Report, Asian investors, especially the ones from South Korean, are currently the most active foreign investors in CEE, and they are playing an increasingly important role in the commercial real estate market. The report’s findings confirm that in H1 2019, South Korean companies alone invested over €686 million in the entire region, surpassing German investments.

David Dixon, a Partner of Dentons in Warsaw with a focus on cross-border real estate transactions, noted: “In the last year Asian investors have really made their presence known in CEE, particularly the South Koreans. Singaporean capital is also strongly represented and, while the Chinese have paused a bit as they digest the ramifications of the trade war with the US, the long-term Chinese belt and road policy initiative bodes well for their future investment.”

Apart from an overview regarding capital and investment market in the CEE, the report describes extensively the development of CEE cities, which have gone through profound economic and social transformations.

“For those of us that live and work within CEE, the evolution of the capital cities over the past decade is both undeniable and inspiring. Quality of life has risen dramatically, domestic and international investments are increasing at a record pace, and our economies are now diversified and focused on the future. As real estate continues to globalize, we wanted to capture both, the evolution and the opportunity with factual evidence and data,” said Luke Dawson, Managing Director and Head of Capital Markets, Central and Eastern Europe, Colliers International. “We believe that the region offers the best opportunities for stabilized growth within Europe and the evidence clearly supports this,” he added.