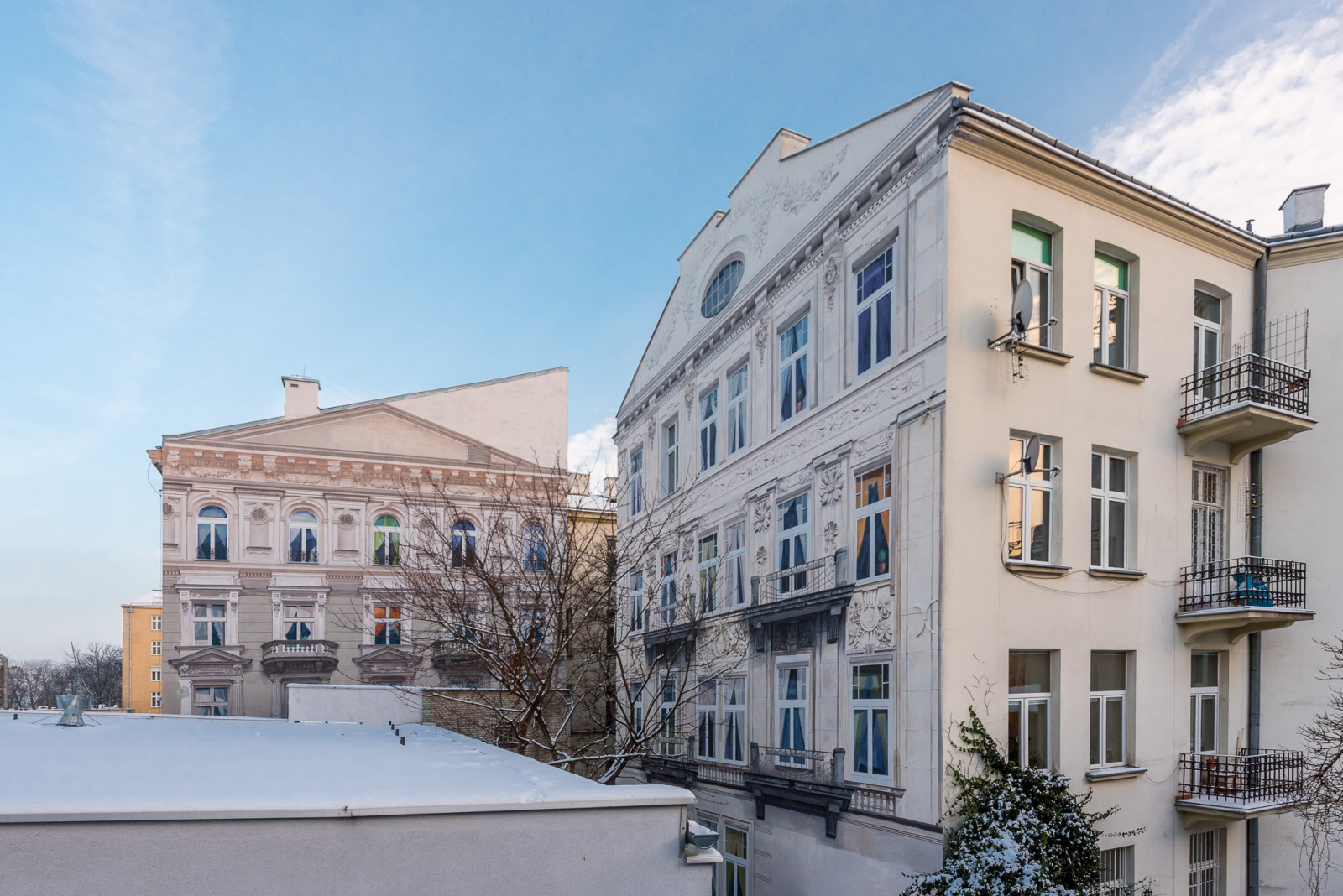 On Foksal Street, not only the historical residences at numbers 13 and 15 are beautiful, but also their surroundings. Incredible murals have appeared on the top walls of the adjacent houses, from the interior side of the block. The murals will surely look familiar to enthusiasts of Warsaw’s architecture as they refer to the facades of selected tenements in the capital. The authors have conjured up chiaroscuros, depth, and lots of gorgeous architectural details, which give the painted facades a realistic look.

The Foksal 13/15 tenement houses are undergoing thorough renovation to again become fine downtown residences. In their back there were blind walls of the adjacent tenements. The developer, Ghelamco, decided to give the place a friendlier character. Murals have been made, harmoniously integrating with the character of the surrounding historical architecture by becoming a neutral and yet aesthetic background for the carefully renovated buildings. These are architectural murals – they depict life-size facades of several existing Warsaw tenements.

“By engaging in the renovation of Foksal 13/15 tenements, we wanted to set an example of how to bring back the city’s history. We want this part of Warsaw to regain its representative character,” says Jeroen van der Toolen, Managing Director CEE, Ghelamco.

The murals were designed and delivered by Good Looking Studio, which specializes in this field and has already cooperated with Ghelamco on the murals of François Schuiten and Rafał Olbiński on Plac Europejski (European Square) in Warsaw.

“Particularly important for us was to preserve the proper perspective of all elements of the murals. Whenever you look at a building from the street level, the windows of the ground level seem slightly bigger than the ones on the last floor. The same goes for other details. This is exactly what our murals look like. They assume the perspective of a passer-by walking on the courtyard and not a person looking out the window of their suite,” explains Piotr Ruszkowski, project author, Good Looking Studio.

Since the very beginning the murals have been consulted with Piotr Kilanowski, an expert on pre-war Warsaw architecture and PhD student at the Faculty of Architecture of Warsaw University of Technology. He also works for Proart, a studio which specializes in historical architecture and is responsible for renovating and reconstructing the most prominent Warsaw monuments, including Foksal 13/15 tenements. The architect helped select the buildings which are the originals of the murals and ensured that no architectural error appeared in the mural concepts. This is why all the cornices, offsets and windows in the top walls have been harmoniously integrated into the design, and the painted window openings are at the same height and are of similar sizes as the real windows in the adjacent walls of a given building.