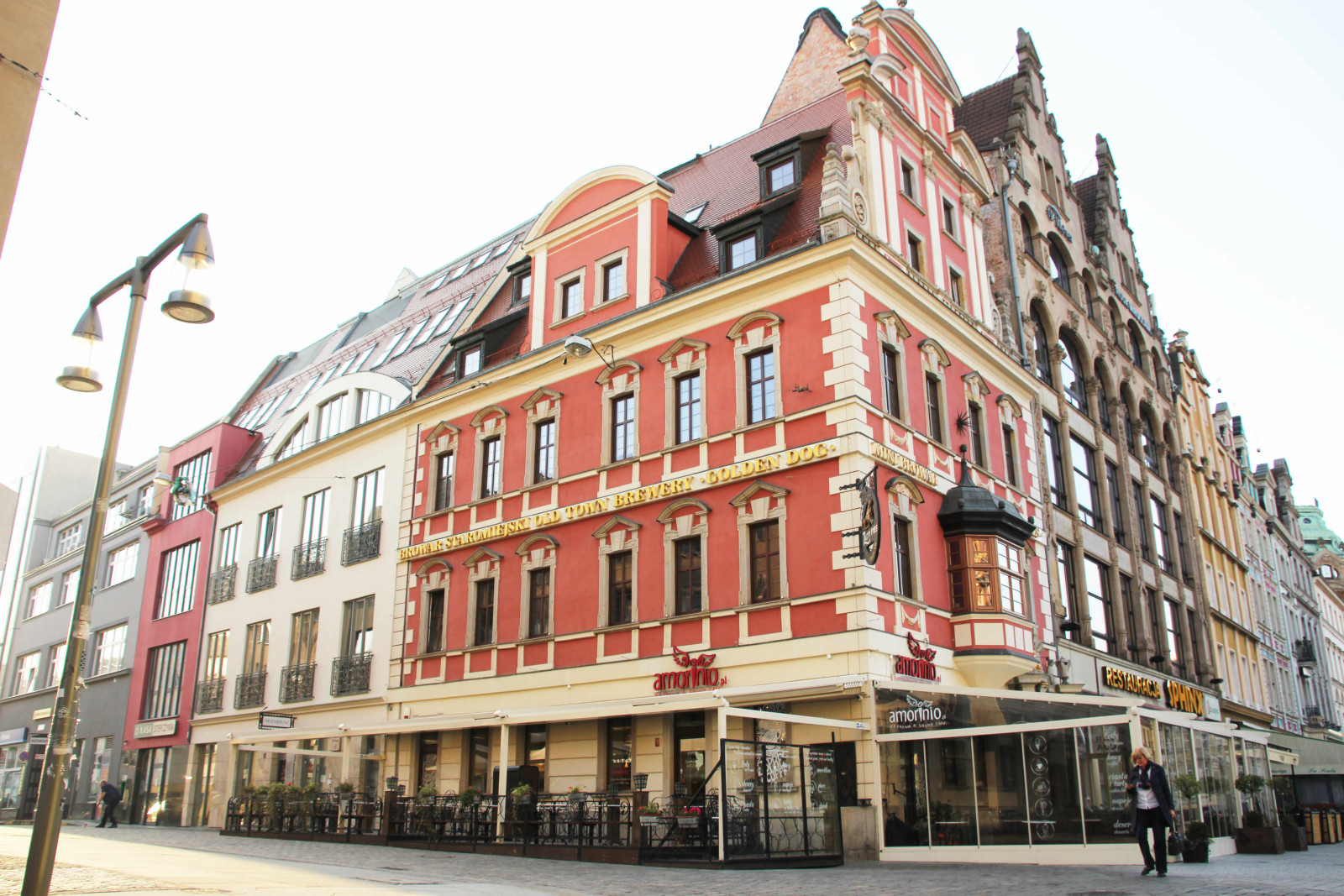 Located in the very heart of Wrocław’s Old Market Square, boutique-style Pod Złotym Psem (Under the Golden Dog) tenement house is now to be managed by Knight Frank.

Pod Złotym Psem tenement house is in the eastern side of the Old Market Square in Wrocław. Dating back to the 13th century, the building was built in the Gothic style. Rebuilt several times over the past few centuries it finally acquired its Baroque-style appearance in the 1700s. In 1730 it underwent major architectonic alterations and a golden dog was added to the house’s coat of arms in order to honor a dog which, according to a legend, was once owned by a roofer who died in an accident. Destroyed during WWII, the house was completely re-erected in 1994.

In 2012 the building underwent a major renovation. Its ground floor houses a cafe whereas a popular restaurant and a local brewery can be found on the first floor. Amenities including an air conditioning system, top quality finishing materials, windows that open and a prestigious location are the building’s assets. The building’s total area is approximately 1,800 sqm. Wita Stwosza Golden Dog Sp. z o. o. Sp. k. is the house’s owner.