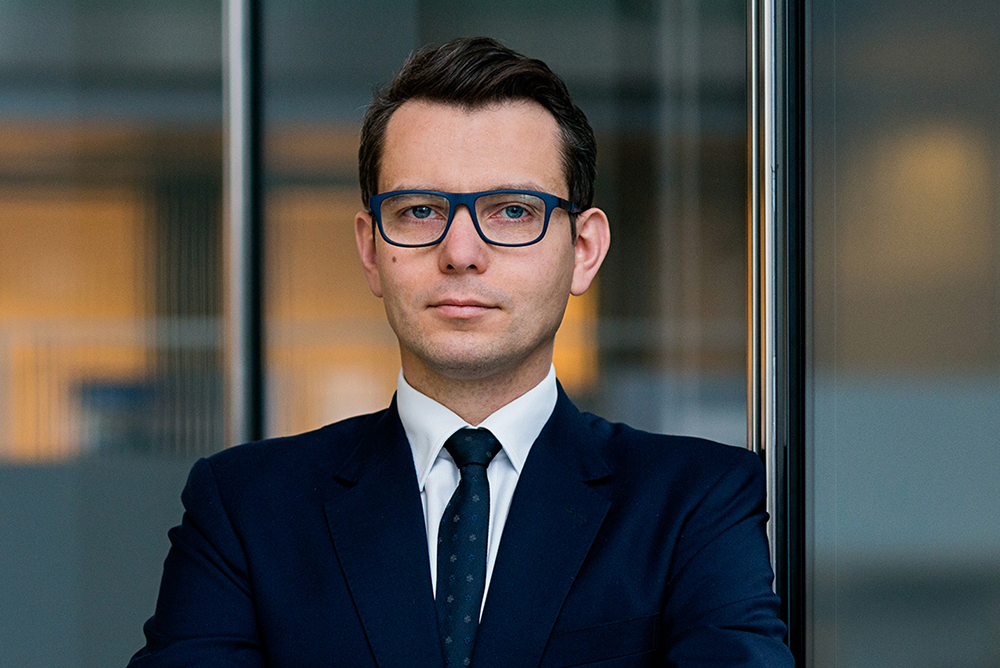 contributed by Peter Swiecicki, Partner and Igor Hanas, Senior Associate at Squire Patton Boggs
Plans for Poland’s Central Communication Port – the largest infrastructure project contemplated for Central and Eastern Europe – continue to progress. The Council of Ministers recently approved an ambitious plan that contemplates implementation of the main investments over the next 10 years to the year 2027.

One of the largest airports in Europe will be built in Stanisławów, approximately 40 kilometres west of Warsaw on the road to Łódź. The “mega-airport” is to be a major hub airport capable of serving 45 million passengers annually in its initial phase, with potential expansion to 100 million passengers annually. The airport will also be a major cargo port operating 24 hours a day.

A new integrated high-speed rail network will be built, with its hub at CCP and spokes throughout Poland. The largest Polish cities will have connections of no more than 2-2.5 hours to CCP, with connections to Warsaw being only 15 minutes. For historical reasons, despite Poland’s large number of metropolitan areas its rail network remains among the most underdeveloped in Europe, and a large number of medium-sized towns are not served by rail.

Expansion of the motorway network to serve CCP. The CCP will be built close to the existing A2 motorway that links Warsaw to Berlin, but the motorway will be widened and expanded with a new interchange for the CCP. Over the past 15 years, Poland has invested heavily in its motorway network and the CCP may be built with a minimum investment in 65 kilometres of roads, although up to 248 kilometres would be optimal. This existing investment in motorways contrasts with the previous underinvestment in rail, which will now be a major focus.

Creation of a new city between Warsaw and Łódź. A port the size of CCP will require the construction of extensive residential, commercial and retail space to support it. The airport itself is expected to cover approximately 3,000 hectares. Also contemplated are business parks, an exhibition and congress center. The CCP will serve as a driver in the revitalization of Łódź and will lead to the agglomeration of Warsaw and Łódź.

What Is the schedule?
The next two years are a preparatory period, with the goal of concluding a design-build contract for construction of the first phase of the airport. The goal is to commence airport operation in 2027. Adoption of special legislation will be required in relation to the investment process, particularly as to environmental and location procedures and the creation of a new municipality.

How will it be achieved?
The CCP is spearheaded by government plenipotentiary Mikołaj Wild, a secretary of state in the Chancellery of the Prime Minister.
The main issue that needs to be resolved relates to financing of the CCP. The projected investment cost is PLN 30-35 billion (€7-8 billion), broken down into PLN 16-19 billion for the airport, PLN 8-9 billion for the rail component and PLN 1.75-6.87 billion for the road component. The financing plan will be developed in conjunction with the Polish Development Fund. In this respect, it is expected that significant EU funding may be available for the rail investment, as this plan conforms to EU objectives. In contrast, financing for the airport portion will be more complicated, due to state aid restrictions on new airport investments.

How will it work?
Hub airports are drivers of GDP growth. Poles fly much less than the EU average, and passenger flights are forecast to continue strong growth. The CCP is expected to be a competitive hub for flights to the Far East and North America. Once CCP commences operations, the existing Chopin airport in Warsaw’s city limits is expected to be shut down, creating a large area for new investment within Warsaw. After Poland regained independence in 1918, it undertook the construction of an entirely new port in the City of Gdynia, which was one of the outstanding achievements of Poland’s interwar years and has remained a critical element of the Polish economy. The CCP is similarly ambitious and, if successful, will become a key element in the integration of Poland and its infrastructure.