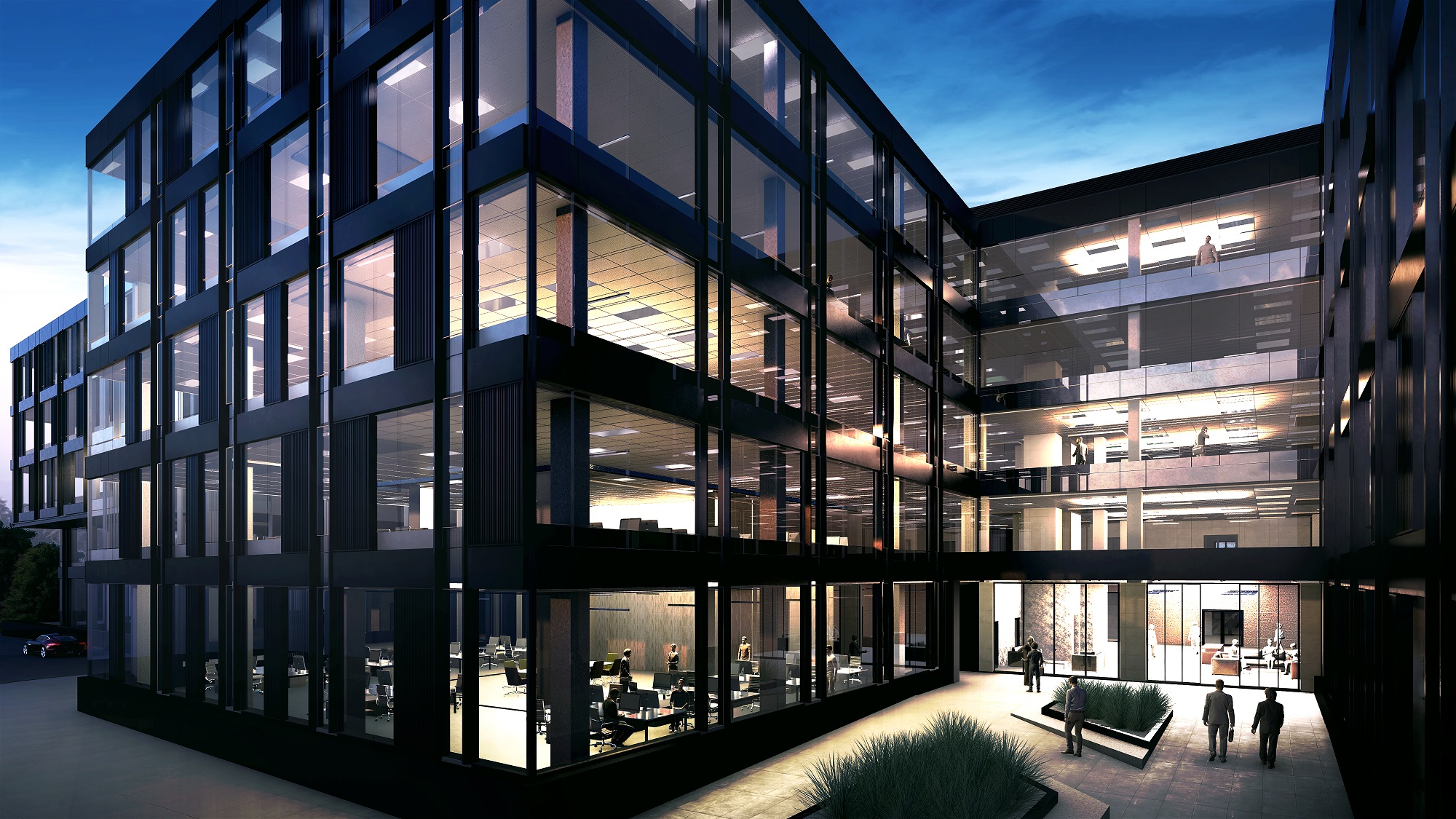 The uncertainty caused by the pandemic has directed investor attention to strategies based on nearshoring. The beneficiary of this trend, just as a decade ago, maybe Poland.

The disruption to global supply chains caused by COVID-19 has forced companies to review their outsourcing strategies. Nearshoring is on the rise again, and this is drawing the attention of many Western European investors, and those from other regions to Poland. Major reasons in favour of the domestic market are undoubtedly one of the most attractive investment incentive schemes in Europe as well as the country’s labour market. Another is that Poland, according to the latest report by JLL and HAYS, Onshore, Nearshore, Offshore: Unsure?, has one of the most competitive and diverse office markets in Europe.

According to the Investment climate in Poland report, prepared by Polish Investment and Trade Agency (PAIH), Grant Thornton and HSBC, as many as 94 percent of foreign companies in 2019 declared that they would, once again, be willing to invest in Poland. The pandemic has only strengthened this trend.

“Our observations show that companies that provided business services from further afield, such as Asian countries, have faced incomparably greater disruption than those that had developed European hubs before the pandemic. This again is drawing the attention of many foreign companies to nearshoring, and increasingly to Poland, which is perceived as a safe bridgehead for many strategic business processes. As a result, just as after the global financial crisis, we may expect a significant inflow of new outsourcing investments, which in recent months is illustrated by the growing number of potential investors from Scandinavia, Germany, the United Kingdom, France and Switzerland,” comments Mateusz Bonca, CEO, JLL Poland.

Poland’s stability puts it ahead of the competition

Last year, which was marked by remote work and companies’ efforts to maintain business continuity, closed with an exceptionally good result in terms of new investment growth. The majority of foreign direct investments handled by PAIH in 2020 were from the business services sector (44 projects).

“Poland’s strategic location at the heart of Europe, its modern IT infrastructure, qualified labour market as well as attractive grants and incentive system are undoubtedly assets that can attract new investors. Last year, Poland again proved that the country is also an economically stable location and is able to maintain the continuity of critical business processes. Although the downturn in global markets was inevitable, Poland’s GDP in 2020 dropped by only 2.7 percent, one of smallest decreases among EU countries, and compared very favourably when stacked up against the largest economies in Europe,” emphasises Iwona Chojnowska-Haponik, Business Location Consulting Director, EMEA, JLL.

What is more, in the Doing Business 2020 ranking, in which the World Bank’s economists evaluate regulations facilitating business activity, Poland scored 76.4 out of 100 points, which translated into 40th position among 190 analyzed world economies. Poland’s performance exceeded those of other Central and Eastern European countries, including the Czech Republic, Slovakia, Hungary and Romania. The Polish economy is also not far behind Western European countries such as Germany and France, which scored 79.7 and 76.8, respectively.

According to UNCTAD, the inflow of foreign direct investment (FDI) to Poland in 2019 totalled USD 13.9 billion, meaning total investment stock had increased by 26 percent in comparison to 2010. Furthermore, according to EY Europe’s Attractiveness Survey, Poland ranked first in the region and seventh in Europe in terms of the number of inward FDI in 2020. Additionally, forecasts say that international companies will maintain as many as 80 percent of the projects planned before the pandemic. This is significantly higher than the average investment completion rate across Europe, which stands at 65 percent.

Human capital in the spotlight

For over a decade, invariably the key argument for international companies locating operations in Poland has been the country’s well-developed labour market. Decisions are largely based both on the availability of candidates with specific skills and the development potential of a particular region.

“Poland is perceived by investors as a mature and diversified business location, offering extensive access to skilled workers. As a result, foreign companies are increasingly choosing to relocate senior positions to Poland, meaning a rise in the implementation of increasingly advanced processes and functions, and the creation of key decision-making centres in the country that follows. In addition, Poland is attracting not only companies from IT, modern technologies and the finance sector but also pharmaceutical and medical device industries, which see the potential in the development of the clinical research sector in our country,” says Łukasz Grzeszczyk, Executive Director – Client Relations, Hays.

It should be noted that Poland competes for investment projects in the business services sector primarily with other CEE countries, but also increasingly with Portugal, Spain and France.

Major changes to the government’s grant programme, include reduced market entry thresholds, a simplified qualitative assessment of investment projects, and a higher level of support in selected locations, and are in line with the current trends shaping the modern business services sector. It is no surprise then that the expected increase in employment in centres located in Poland, as well as renewed interest from new foreign investors, may be further enhanced by an improvement in available investment support instruments.

“Previously, the requirement for a business services centre, in order to receive financial support, was to create 250 jobs and invest PLN 1.5 million. Now, a large investor making its first investment or expansion on the Polish market can employ 100 people and incur capital expenditure of PLN one million within a five-year period. However, the level of the grant depends on the quality assessment of the project,” comments Rafał Szajewski, Business Location Consulting Director, EMEA, JLL.

Furthermore, Poland is one of the EU countries that offers the highest possible level of support for new investments, from 10% in Warsaw to up to 50 percent in four regions in eastern Poland.

When compared to the CEE region, the Polish office market is characterized by a number of office hubs. Poland offers as many as nine attractive office destinations, including Warsaw, which has been ranked as the 11th most competitive location in the world, in terms of occupancy costs for premium office buildings. According to JLL, the total modern office stock in Poland’s nine key markets is nearly 12 million sqm, with Warsaw accounting for 6 million sqm, and 5.8 million sqm in the country’s regional cities. This means that the office offer across established markets is well-diversified with a vast range of leasing options for occupiers looking to secure larger units (> 1,500 sqm), both in existing buildings and schemes under construction.

“More than 1.2 million sqm of office space is currently under construction, with regional markets accounting for 800,000 sqm. This translates into an extensive office offering that enables investors to find suitable spaces in locations nearer to prospective employees. What is more, these schemes are of a high standard, particularly in terms of sustainability, and amenities that support employee wellbeing. And this is important for investors, who are aware of employees’ increasingly conscious approach, especially those from the younger generations, towards environmental issues, which is reflected in the operating strategies of both domestic and global employers,” says Jakub Sylwestrowicz, Head of Office Tenant Representation, JLL.

In addition to traditional office space, occupiers may take advantage of various flex concepts available on the market.

“Poland has all the arguments in its favour to confirm its dominant position among the world’s elite destinations in the business services sector. Importantly, business is now won to a much greater extent through innovation, high-quality output and the specialization of processes conducted in Polish centres. In order to make good use of this opportunity, it is necessary to ensure the effective use of investment incentives and grants, as well as working on maintaining the attractiveness of the domestic labour market. In addition, sustainable investment in the office market is an area that will become increasingly important in the near future, especially in terms of environmentally friendly construction processes, and green solutions implemented with future office users in mind,” says Mateusz Bonca.