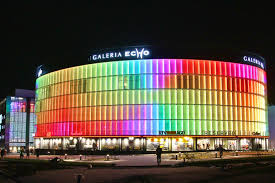 Further inflow of new capital from Canada, Australia, South Korea, China, Singapore, Malaysia, Hong Kong and South Africa is expected. In the first quarter of 2016 nearly 20 transactions with a total volume of €504 million were recorded. The most active investors in this period were Benson Elliot, GLL Real Estate Partners, PHN, Hines, GTC and Mayland – according to Colliers International in a summary of the first quarter’s investment market.

Transactions with a value of at least €1.26 billion will be finalised in the second and third quarter of this year, the largest of which (over €890 million) will be the acquisition of shares in Echo Prime Properties by Redefine – the largest transaction in 2016 in Europe.

Over the past 3 years, US, German and British funds have invested the most in Poland, but 2016 will see an increase in the importance of investors from outside Europe, including South Africa, South Korea, China, Singapore and Australia. Global investors will continue to seek platforms or large portfolio transactions in order to initiate their presence in Poland.

The domestic market is also slowly noting the greater involvement of Polish capital, but its share is still marginal compared to mature free market economies.

Emil Domeracki, a senior investment land specialist in Colliers International added: “The market for investment land in 2015 was characterised by high demand, mainly from residential developers, who decided to buy up investment land after being tempted by consecutive record quarters for the sale of residential properties in the primary market, improving economic sentiment and a sustainable banking sector guaranteeing lower interest rates. High demand for land was also visible in the warehouse sector, which at the end of 2015 recorded a record volume of transactions compared to the last few years. Very good prospects are also appearing in the hotel market, which, stimulated into activity in 2015, has made a strong entrance into 2016. Investment land for office and retail development has regained its vigour, with steadily increasing activity among investors.”

In 2016, an increase is expected in the value of purchases of investment land in the residential and hotel sectors and a steady growth in interest in land for office and warehouse development. There is a chance that the value of transactions in the investment land market in 2016 will exceed the figure from the previous year.