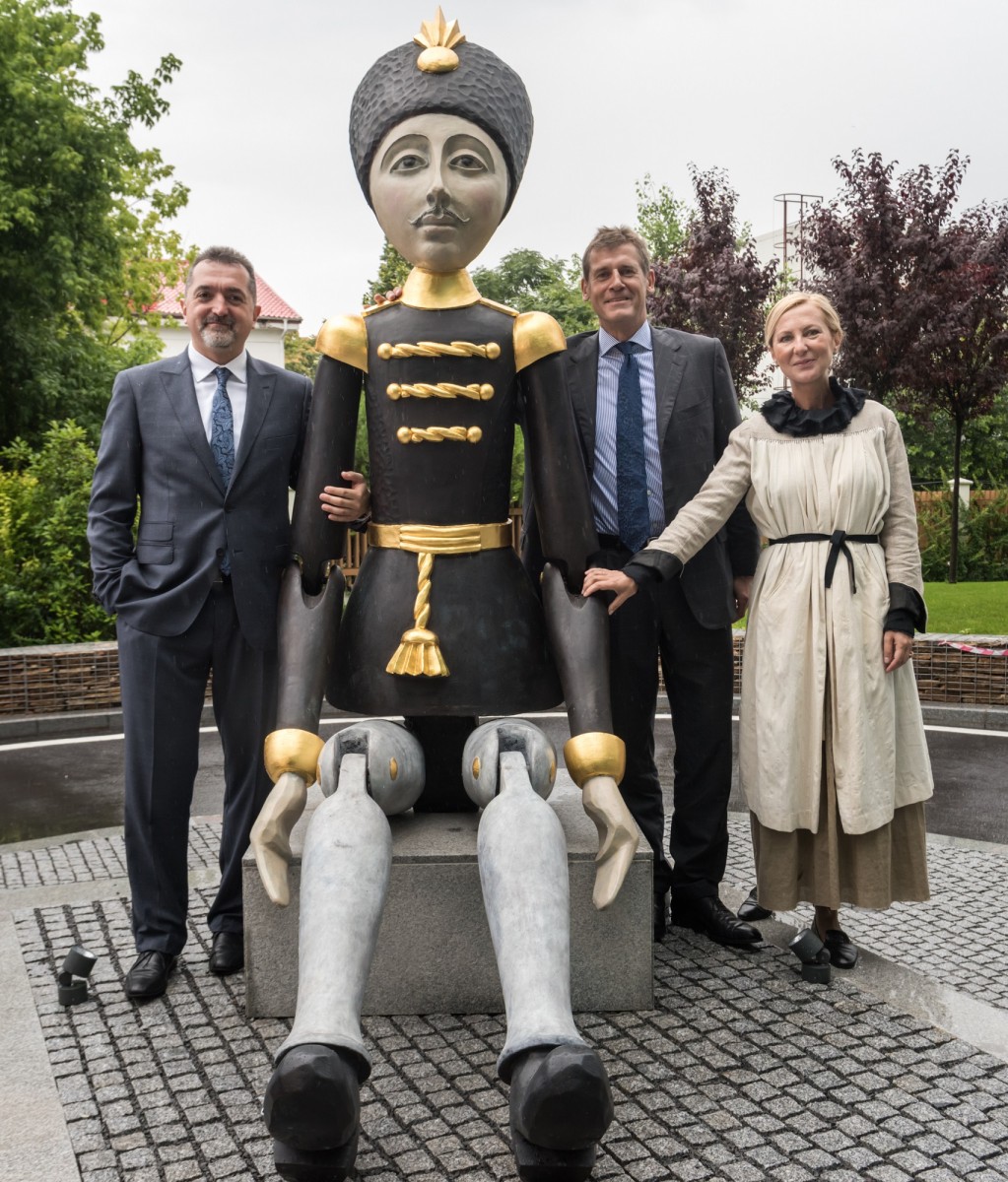 Closely related to events celebrated in 2018, the year of Romania’s 100th anniversary, Portland Trust unveiled the statue that will highlight the identity of the award winning office complex Oregon Park.

The sculpture created by British artist Colin Spofforth has been shown to guests and residents of Oregon Park for the first time, during a casual event, in the presence of the management of Portland Trust.

The class A office buildings developed by Portland Trust and Ares Management have been recently acquired by Lion’s Head Investments. This is the first investment in the Romanian real-estate market of the joint venture between Old Mutual Property & AG Capital and is the largest single asset sale.

Oregon Park is the last of the three major projects developed by Portland Trust in the area, after Floreasca Park and Floreasca 169. It is the location of the office complex that originally inspired the artwork, a soldier cast in bronze named The Volunteer. Pipera is part of the Voluntari area, founded by Romanian volunteer soldiers from Transylvania and Bucovina after the World War I. The Government gave them plots of land in the North of Bucharest, to build their houses on, to compensate for their heroism and bravery during the war.

The choice of the theme is also related to the 100 year celebration of Romania, as well as the centenary of the end of World War I. Playful in terms of style, the sculpture pays tribute to the ancient Romanian tradition of puppetry: dressed in an army suit, the soldier is modelled to appear to be made of hand carved wood. He sits on a stone plinth, he is 2 m tall from seat to top of head and weights 240 kg.

“Sometimes we celebrate the success of a project with a piece of art – particularly if there is a good reason as there is here. Oregon Park is a huge development and deserves a meaningful and sensitive icon which will serve to remember the soldiers that fought to change their world,” said Robert Neale, Managing Director of Portland Trust.

Colin Spofforth is a well-known British public art sculptor, whose many installations of truly well loved pieces of art are spread in public spaces all over Europe. The artist’s other works in Eastern Europe include: The Winged Lion in Prague and The Six White Mice in Bratislava.

Oregon Park comprises three office buildings, with approximately 70,000 sqm of leasable office space, BREEAM certified to “EXCELLENT” level. The first two buildings (A and B) have been completed and are fully leased to major international tenants, and the third building (C) is currently under construction and will be finished by spring 2019. Building B recently won the CEEQA award of “Best overall Building in SEE 2018.”