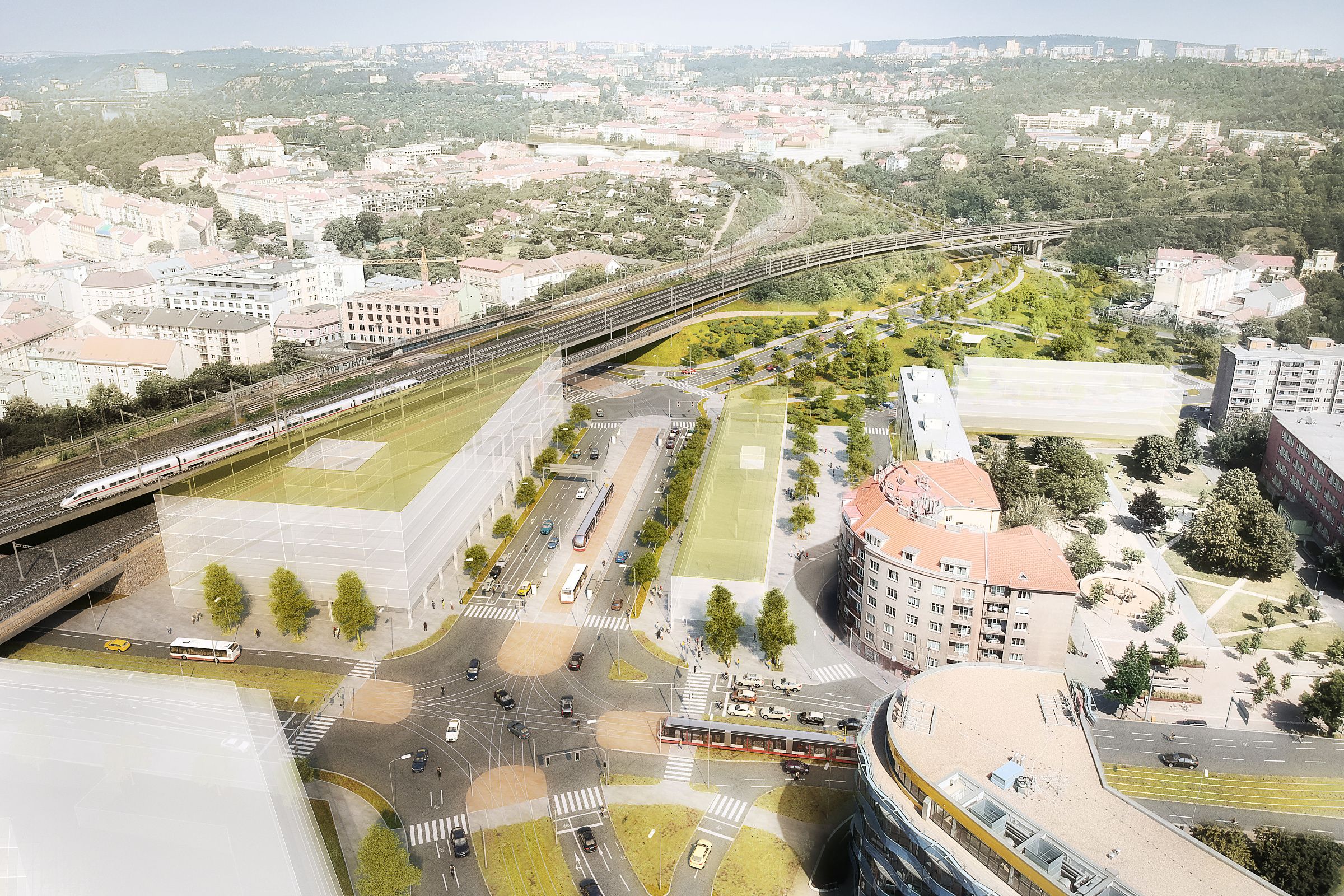 The City of Prague presented its plans to foreign investors at the world’s largest property fair. Together with development companies such as AFI, JRD and Trammell Crow Company, Prague City Hall presented their planned projects at MIPIM, as well as new rules of cooperation with the city that will speed up the approval processes. The Central European metropolis is expecting great development in the coming years. Among other things, within the brownfields around the city centre – there are 11 development areas covering 940 hectares.

Much has changed since the last edition of MIPIM, which took place all the way back in 2019 as a result of the covid hiatus. For example, the Czech capital has launched Pražská developers společnost (Prague Development Company), which works on individual housing projects or coordinates development in key areas owned by the capital. The closest to implementation are the projects in Palmovka, Nové Dvory or Dolní Počernice, where hundreds of new urban apartments could be built. Project preparation will start this year, the first public housing units could be built within five years and should be completed by 2035.

Prague is characterised by a large number of brownfield sites – 11 such areas cover an area of 940 hectares in the vicinity of the city centre alone. “Our goal is to enable the construction of private housing in these locations and to work to increase the availability of housing. We are working intensively on shortening the building permitting process, making public housing available to those in need, or starting the construction of co-op housing in order to give people back the opportunity to live at a reasonable price in the city centre,” says Zdeněk Hřib, Mayor of the Capital City of Prague. As a result of the new rules of cooperation with investors, the approval process has already been sped up by an average of 73 percent.

New rules for cooperation between the city and investors

The extent of brownfields is a huge opportunity for both the public and private sectors. The City has therefore developed detailed, transparent rules for cooperation between the City and the investor, aimed at providing a tool to reach an agreement quickly. This agreement is prepared on the basis of an urban study that translates into a cooperative and financial plan for a given site. “So it is clear from the start where the development will be located, where the school will be, where the park will be and where the corridor for a new tram line needs to be reserved. As well as who will provide and fund its construction. The policy also clearly states the amount of the private investor’s stake in the development and what is financed by the city,” summarises Petr Hlaváček, First Deputy Mayor for Territorial Development. “Thanks to the rules set out in this way, Prague is opening up a number of significant opportunities for the construction of dozens of new neighbourhoods that will meet the demands of 21st-century living.”

Transformations of the Czech Metropolis

Changes have also advanced in specific projects – not only in the development of brownfields but also in transport infrastructure and the construction of major buildings. In May, the results of the architectural competition for the design of the Vltava Philharmonic will be known. For Smíchov City, the winner of the design of the primary school is already known – the international team Office Ou & Inostudio. Similarly, the surroundings of Florence, where a team consisting of architectural studios UNIT architekti, A69 architects and MARKO&PLACEMAKERS won the competition for its transformation. New competitions and dialogues are in the works for Rohanský ostrov, the park and primary school at the Žižkov Freight Station, and the Main Railway Station hall and its surroundings. The future transformation of Rohanský ostrov or the Main Railway Station’s hall and Vrchlického sady will be explored by the city in competition dialogues to be announced this spring. Architectural competitions are also being prepared, for example for a primary school in the Žižkov Freight Station area or an apartment building in Smíchov or Vršovice.

The construction of the new metro line D in Prague has also been given the green light and has received the final building permit. The construction will start during the month of April. The city is now approaching transport construction differently and always tries to find a suitable urban solution that is part of the city and does not become a barrier. This year we will see the start of one of the stages of the railway line to the Václav Havel Airport. “The densification of the city cannot be solved without adequate transport interventions. I am therefore glad that Prague is managing to move forward with these projects, also with regard to sustainable mobility, which is crucial for the healthy development of the city,” adds Hlaváček, First Deputy Mayor for Territorial Development.