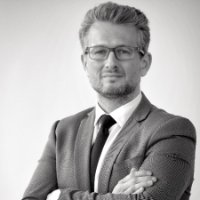 Up to 10.9 tons of electrical waste was collected during this year’s edition of “Lose Your Kilowatts,” the annual e-waste collection initiative. The money raised by selling electrical waste along with funds given by an anonymous donor will be given to the “Przymierze – Ziemia Piska” Association. The fifth edition of this campaign was initiated by leading companies from the real estate industry – Cushman & Wakefield, JLL, Knight Frank, NAI Estate Fellows, Savills, Skanska, Capital Park Group, as well as BYŚ- responsible for both the collection and management of the waste.

Between 22nd and 26th May 2017, special bins for e-waste disposal were distributed to 83 office, industrial and retail buildings across Warsaw. Employees who participated in the initiative had the chance to dispose of their obsolete household equipment including large electronic and electrical appliances (such as refrigerators, washing machines, dish washers, microwave ovens, air-conditioners etc.), unused telephones, monitors, tablets, printers and computers along with small electronic and electrical appliances (such as irons, coffee machines, radios, power drills, electric train sets, game consoles, smoke detectors, thermostats, etc.) as well as medical products (such as radiotherapy and dialysis equipment).

The campaign grows in popularity with every passing year – this year’s edition saw the group of buildings that conducted e-waste collection grow by ten.

Each year, all of the proceeds from the recycled e-waste along with additional donations are given to charity. The proceeds from this year’s edition will be donated to the rehabilitation, education and care centre of the “Przymierze – Ziemia Piska” Association in Pisz which will use the donation to build and fit-out premises which are suitable for working with children and teenagers with disabilities.

“There is a growing awareness among office tenants that their actions can have an immediate and positive impact on environmental protection. This year’s edition was very popular as we were able to collect an astonishing amount of e-waste in all of the buildings. I am pleased to announce that apart from the successful waste collection, we also had a donor that has been engaged with our initiative for a long time, and supported this year’s edition with a significant contribution. The fact that we can take part in a campaign with such a noble objective – protecting the Earth and providing help to its inhabitants – is very inspiring,” said Łukasz Dreger, Key Account Manager, Property Management Department, Knight Frank.

Each year, in addition to a number of ecological campaigns, the “Lose Your Kilowatts” initiative also spares no effort in conducting various educational activities in order to raise the profile of the pro-ecological approach among commercial real estate tenants.

“The aim of this campaign was to promote knowledge in the area of ecology and spread awareness on how crucial properly conducted electrical waste disposal can be for the environment. We are delighted with the fact that the project has again been a great success and that new commercial real estate projects join the campaign each year. Thanks to the engagement from both organizers and partners, we are able to collect greater amounts of e-waste year-on-year,” commented Aneta Andruszko, Key Account Specialist, BYŚ.