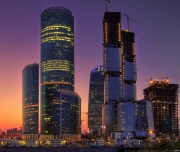 The latest RICS Global Commercial Property Monitor shows how Spain, Portugal and Ireland, some of the economies most affected by the 2008 crisis, are now experiencing a very positive turnaround in sentiment, in both the occupier and investment commercial property markets.

Globally, RICS experts interviewed during the second quarter of 2014 around the globe continue to report the best results in Japan and UAE, while the tone of the Chinese commercial property market is a little less positive with further modest slippage in rents and capital values.

The US results show an improvement on an already solid picture with growth in tenant demand, supported by a strengthening labour market, exerting upward pressure on rents. Likewise, respondents to the survey continue to post strong underlying results within the New Zealand, German and UK markets.

Within Europe, Portugal and Spain boasted the most elevated investment transaction expectations. Demand for occupancy in Spain appears to be increasing particularly rapidly.

Strong economic growth, notwithstanding the slowdown in Q2, is continuing to support the German real estate market, where growth in occupier demand remains firm across all areas of the market, with the retail sector showing the strongest reading. Meanwhile, space available for occupation has started to decline within all sectors for the first time in over a year.

RICS respondents in Germany anticipate an acceleration in rental growth in each sector, with offices seeing the sharpest improvement in expectations.

However, the situation is completely different in the Netherlands, Italy and France where occupier market activity and investment expectations continue to be flat. Weak economic data in the latter two economies, in particular hence explain the disappointing performance.

Meanwhile, results for Russia confirm that the decline in sentiment, captured during the first quarter of 2014, has been sustained with a deterioration in sentiment, which has also been reflected in capital flows. Some comfort may, however, be drawn from the relatively resilient economic data in the face of the sharp upward move in interest rates.

In Poland, capital value expectations remain positive, reflecting the increasing appetite from investors to access this market, but occupier sentiment remains modestly negative despite an improvement in the level of tenant demand.

Commenting on the Q2 survey results, Simon Rubinsohn, RICS Chief Economist, said: “There is now clear evidence of an improvement in the tone of real estate markets in an increasing number of European countries. Investors have been particularly active in a number of the markets worst hit during the global financial crisis but our latest results also show the beginnings of an upswing in occupier demand which is ultimately key to a sustainable recovery across the continent. The results for Spain, Portugal and Ireland are particularly encouraging and broadly consistent with the strengthening macro news flow that these countries have delivered in recent quarters.”

He added: “For the time being, although investor appetite in the French market is continuing to pick-up the occupier side of the market is continuing to reflect the lethargic growth performance and the feedback we are getting from Italy is even more downbeat. Meanwhile, the German real estate market continues to be well underpinned by economic fundamentals and low interest rates.”