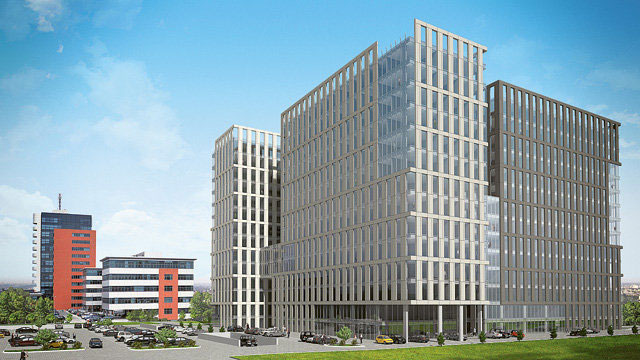 2014’s investment volume for major office markets outside Warsaw amounted to over €440 million, beating not only the €156 million in 2013 but also the ‘pre-crisis’ record of €346 million in 2006. Record volumes were registered in Kraków, but other major agglomerations like Wrocław, Tri-City, Łódź, Poznań and Katowice also registered investment activity.

Tomasz Puch, Head of Office and Industrial Investment, JLL, said: “Although it is naturally Warsaw, with its scale and business character of a capital city that leads Poland’s office investment market with the most spectacular deals, we have observed growing interest in regional cities. This trend emerged in 2013 and continued to grow last year. Regional cities played a significant role, delivering over €440 million of transactions out of a national total of €1.8 billion office deals completed in 2014. This was a record level and more than the combined total of the last five years’ volumes in regional cities. The outstanding regional city was Kraków, witnessing office transactions totalling €260 million in 2014 – more than the combined office volumes in Kraków over the last seven years”.

Investor activity outside Warsaw has been triggered by several factors. It stems from the fact that Warsaw has become increasingly expensive, and after a number of flagship transactions, fewer products remain on sale. Furthermore, this interest is encouraged by the growing maturity of office markets outside the capital city which, in turn, engenders trust from investors. An increasing number of modern office projects, secured with long term lease agreements, and strong demand generated mostly from the business services sector acquiring large volumes of space has contributed to the growing importance of major agglomerations on Poland’s investment map. When Warsaw is taken out of the equation, the most active markets in Poland are Kraków, Wrocław and Tri-City.
The largest office transaction outside Warsaw in 2014 was the sale of Quattro Business Park in Kraków by Buma Group to Starwood Capital Group. Other large office transactions outside Warsaw last year were: the sale of Lubicz Office Centre in Kraków by Peakside to Griffin Group, the sale of office properties from the portfolio of Arka BZ WBK Property Market Fund (Quattro Forum in Wrocław, Winogrady Business Center in Poznań, Red Tower in Łódź and Alfa Plaza in Gdynia) to Octava FIZAN, or the Wrocław office building Green Day from Skanska to GLL. The largest office transaction finalized in the last 10 years outside Warsaw was the sale of the abovementioned Quattro Business Park in Kraków.

“With transactions that have recently been concluded like Baltic Business Center in Gdynia, are about to be finalised in 2015 like Dominikański in Wrocław, and others that are in various stages, we expect another good year for office investment markets outside Warsaw”, Tomasz Puch added.

JLL is the indisputable leader in the field of strategic advisory services and expertise in office investment markets outside Warsaw. The total volume of the office investment transactions finalized with JLL’s participation in 2014 amounted to €271.5 million (61.5 percent market share).