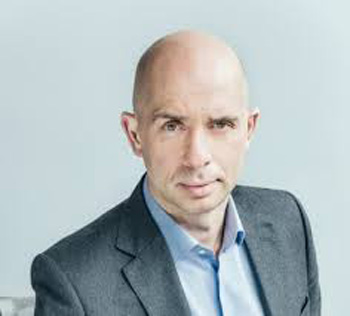 JLL has summarized 2015 and forecasts trends for 2016 for the residential, office, retail, hotel and agricultural investment land sectors in Poland. According to analyses, this market developed dynamically in 2015 due to the good standing of the Polish economy, its well-balanced capital and financial sector, and falling unemployment rate.

High growth dynamics on the office market and good conditions on the residential market had a positive impact on demand for investment land designated for projects from these segments. Investors looking for retail land focused mainly on plots intended for smaller schemes. Companies interested in hotel investment land were eager to analyse investment land in smaller regional cities with the aim of developing low-budget hotel objects.

Daniel Puchalski, Head of Land Advisory Services at JLL, commented: “This was a very good year on the commercial land market, as shown by general calculations based on documents released by listed companies, transactions announced by key real estate development and investment companies, and data from real estate price registers maintained by regional authorities. Transactions concluded in 2015 exceeded 2.5 billion PLN. This result confirms the year-on-year growth in Poland’s investment land market. It is mainly due to the dynamics of the residential market in Warsaw and other major cities, as well as the office markets in cities such as Kraków, Wrocław and Poznań.”

Land for residential projects – an engine for market development

“The good condition of the residential market in 2015 was an effect of high demand for new residential units. The conducive factors included low interest rates, encouraging Poles to take out a loan, the growth of the buy-to-let market, the MdM program and stable prices. At the same time, developers from this market registered highest margins,” explained Jacek Kamiński, Associate Director, Valuation Department at JLL.

Prices for investment land for residential development in the biggest Polish agglomerations increased while demand high and was similar to 2014.

“Due to 2015’s sound financial and sale results, the majority of developers have an optimistic outlook for the future, and expect the favourable market conditions to continue into 2016. This optimism will translate into further interest in residential investment land. In 2016, due to land availability, prices and the MdM program, we should expect an increase in the popularity of investment plots outside the very centre of Warsaw, Wrocław, Kraków or Gdańsk,” said Daniel Puchalski.

As a result of the shrinking availability of well-prepared land in Warsaw, Wrocław and Kraków, some investors and developers will more willingly analyse opportunities in cities such as Katowice or Łódź. In 2016, the lower supply of attractive areas in the largest cities may also translate into increases in the prices of residential land, in particular in the case of smaller plots which allow for the construction of smaller, one- or two-stage projects.

JLL’s analysts believe that the next few years will see the range of apartments and flats offered on the premium market widening, especially in Warsaw. Land for investment projects of this type attract investors representing not only Polish capital but Indian, and Arabic capital as well.

“Currently, demand for residential and office land focuses mainly on plots whose sizes enable the construction of usable or usable and residential floor space between 4,000 and 10,000 sqm. Another significant criterion is the possibility of commencing the development in the shortest time possible. Projects with investment potential ranging from 10,000 to 60,000 sqm or more are more willingly analysed by companies with greater financial resources, provided that the land offered for sale has a clear legal status, building permit, and a local zoning plan or zoning decision,” commented Daniel Puchalski.

The office market was characterized by high developer and tenant activity in 2015. The record level of office take-up had an impact on interest in purchasing new investment land for office developments, in particular in the Tri-City and Kraków. At the same time, increasing demand for investment land in cities such as Bydgoszcz, Lublin, Opole and Rzeszów was registered.

Despite forecasts of increasing vacancy rates, land for office developments will continue to attract investors in 2016, especially in Kraków and the Tri-City. Increased interest in Rzeszów, Lublin and Poznań is expected. Wrocław too, as in previous years, will remain a city where land transactions will maintain their current levels, with a potential for further growth.

Developers also continue to seek for land for office buildings in Warsaw located both in the centre and along the metro line.

“The areas located in the Warsaw city centre continue to attract potential buyers; provided, however, that the price suits the their value resulting from investment analysis,” said Daniel Puchalski.

According to JLL, investors are also targeting plots of land in the vicinity of planned tram lines in Warsaw, such as the line to Wilanów, and close to railway stations which are important communication nodes for the metropolitan area. Investment land plots in Dolny Mokotów, Aleje Jerozolimskie (up to the Salomea node) and Żoliborz, with good exposure and convenient transport links, have a good chance of finding buyers in 2016.

In 2015, the JLL Land Advisory Services Department observed stable investor interest in retail land. Transaction prices were also similar to those seen in 2014. The most popular land was for smaller projects.

“In 2016, the areas where the currently popular concept of the ‘street mall’ or ‘convenience’ type centres can be constructed will continue to attract the interest of developers. In our opinion, the most desirable plots of land in 2016 will be those of an area between 0.5 and 1.5 hectares, in particular in cities with populations of between 30,000 and 250,000. At the same time, investors try to find locations which allow for the supplementing of a retail offer in a city or to fill a gap in Poland’s retail map,” explained Daniel Puchalski.

According to JLL, the prices of retail land in 2016 will remain at a stable level.

2015 was marked by growth in the hotel sector. Favourable macroeconomic factors had a direct bearing on interest in Poland from hotel investors who are optimistic about the potential of this sector. Moreover, the number of guests is growing every year, which boosts hotel occupancy rates and, in turn, financial results for operators. In addition, the MICE (meetings, incentives, conferences, events) sector in Poland is rapidly catching up with Western European countries in terms of importance to the market.

International hotel chains will continue their expansion on the Polish market. They look not only for land in prestigious locations in the largest agglomerations, with excellent visibility and communication, but also for plots on the outskirts, especially in regional cities, intended for low-budget projects.

Based on their market analysis, JLL’s specialists estimate that within the next two to three years Poland will see the construction of around 30 new hotels by large hotel chains, with low-budget hotels making up half of that number.

2015 saw changes in laws and regulations relating to trading in agricultural land. As work on the new draft of an Act on agricultural system development progressed, we saw how determined both buyers and sellers were to close planned transactions ‘under the old rules’ before the amendment comes into force. This resulted from the fact that, according to forecasts, the new provisions are set to impose additional restrictions on trade in agricultural land in order to limit the possibility of the acquisition of such land by entities which do not engage in agricultural activity.

“In 2015, despite the fact that agricultural land prices have increased significantly over previous years, they were still at least two to three times lower than the average prices in many EU countries, where there are often no available resources of this type of land. This price attractiveness had a direct effect on the interest of foreign investors in Polish land. However, the legislative changes that have been announced have dampened the enthusiasm of many foreign investors. In particular, the changes have negatively affected the interest of those entities who intended to purchase land for speculative purposes,” said Daniel Puchalski.

The new Act on agricultural system development is to come into force on 1st May 2016, and will take place together with the opening of the land market to foreigners – citizens of the states that have signed the Agreement on the European Economic Area or the Swiss Confederation. In recent years it seemed that thanks to the ‘land market deregulation’ the interest in purchasing agricultural land in Poland would not drop. JLL’s analysts estimate that at least until May 2016 we will still see interest from international investors in Polish land. At the same time, they anticipate that this interest will be significantly lower than forecast due to these legislative changes that will introduce restrictions in trading in agricultural land.

“Among the anticipated trends that we might witness in 2016 on Poland’s investment land market, it is worth mentioning the high level of demand for residential land, the stable take-up on office land and growing interest in investments in regional cities. Due to the changes in law regulations regarding trading in agricultural land, we might expect that the most visible changes in the areas of demand, supply and prices in 2016 will take place in this particular real estate segment,” summarized Daniel Puchalski.