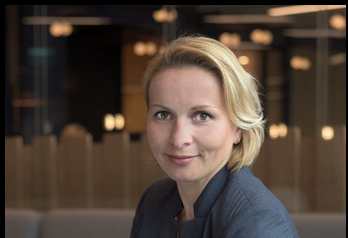 Robust demand across the office and industrial sectors – EuropaProperty

A solid demand backdrop in the Q3 2018 Poland Commercial Property Monitor, recently released by RICS, proved to be the driving force behind positive momentum across the occupier and investment markets.

Indeed, the resilience of the Polish economy in the face of decelerating European growth has been underpinned by robust consumer spending. This should support activity over the coming quarters. Projections for rental and capital values over the coming year remain positive, with prime office and industrial sectors expected to see the strongest gains.

The Occupier Sentiment Index registered a reading of +17 in Q3. Although this is not far from the +16 reading in Q2, it still represents an improvement in occupier market fundamentals. Significantly, this indicator suggests that market sentiment is now stronger than any other point since 2011.

Occupier demand continued to rise at a headline level with robust growth reported across the office and industrial sectors. Tenant interest for retail space was modest in comparison, but demand growth, in net balance terms, has picked up in even this area over the last two quarters.

Alongside this, the availability of leasable space was unchanged in Q3 marking the first time in six years where supply hasn’t reportedly risen. Meanwhile, there was a modest rise in the value of incentive packages offered to tenants.

Rent expectations for the coming year were broadly unchanged from the previous quarter. That said, contributors did revise up their projections for prime office rental values. Alongside this, outlook for prime industrial sub-market remains solid. Meanwhile, projections for all other markets are modest in comparison with secondary retail rental values expected to come under further downward pressure in the coming year.

The Investment Sentiment Index came in at +17 in Q3, broadly unchanged from +18 in Q2. This is consistent with a modest improvement in investment market fundamentals over the quarter.

Headline investment enquiries continued to rise firmly in Q3. The sector breakdown shows that this was mainly driven by a solid rise in demand across the office and industrial sectors whilst investor interest declined in the retail portion of the market. Foreign investment enquiries also increased in office and industrial sectors but slipped marginally for retail space.

The availability of supply for investment purposes increased modestly over the quarter.

Although the majority of respondents (47 percent) believe that the market is in the peak phases of the property cycle, 23 percent still see the market as still in the growth phases.

Despite this, 85 percent of the survey’s contributors believe that commercial property prices are either at or below fair value. shows that, on balance, contributors reported a modest improvement in credit conditions in Q3.

“It is amazing how rapidly Poland is developing, especially in office real estate sector. On May 1, 2014, we celebrated 10 years of Poland’s accession to the European Union. It was a time of much reflection and thought. Each expert referred to the significant economic and political changes in our country. It was highlighted that an important stimulus to the growth of our economy had been mainly the inflow of foreign investments whose cumulative value up to that time exceeded €100 billion. This has certainly had a huge impact on the commercial real estate market, including in particular the office market. For comparison, the total office stock in Poland was twice as high in 2014 than it was before Poland’s accession to European Union. What does the office market look like in the Q3 2018? We can certainly confirm that Poland is not slowing down. The total stock of modern office space in Warsaw is currently estimated at 5.4 million sqm and 4.8 million sqm in the 8 main regional office markets, which include Krakow, Wroclaw, Tricity, Katowice, Lodz, Poznan, Szczecin and Lublin.

I remember my beginnings in the Wroclaw office market. It was November 2002, the total modern office stock in Wroclaw was estimated at 80,000 sqm, while there were around 30,000 sqm of A class office buildings under construction. The demand for offices at that time was about 15,000 sqm per year. When transactions were signed for around 1,000–1,500 sqm in Wroclaw, it was announced that it was a big deal in the city. Currently, in Q3 2018 modern office stock in Wroclaw exceeds 1.04 million sqm and supply under construction is estimated as 270,000 sqm.

The demand for the office space in Q3 2018 reached 96,000 sqm and the largest transactions in the quarter exceeded 5,000 sqm. About 30 percent of transactions taking place in the Wroclaw office market are large deals between 5,000 and 10,000 sqm. This shows how regional centres in our county have developed in recent years. Regional office markets in Poland are continuing to successfully attract large international investors. The choice of these locations allows investors to generate savings, albeit lower than before, from lower labour costs and lower office rents, while offering resources and qualified employees. This creates considerable optimism for the next quarter and 2019,” said Dorota Koscielniak MRICS, Regional Director Colliers International in Wroclaw.