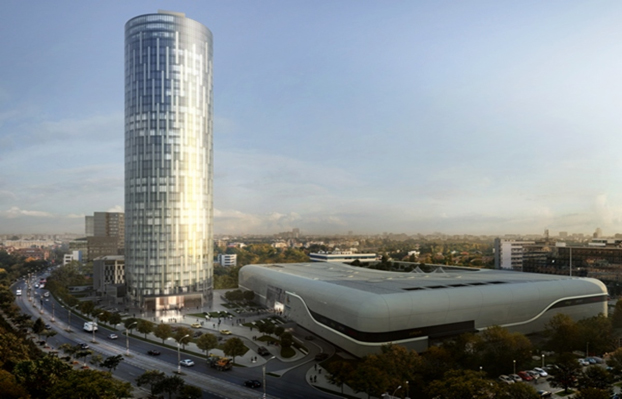 Romania, on the shortlist in the region, as IT companies have been seeking for new opportunities. Talents and language capabilities, main attractions – EuropaProperty

Romania has a strong but often overlooked track record of attracting foreign direct investment for companies seeking to establish or expand IT development activities in Europe. Marc Reboux, Senior Director of EMEA at the Office Advisory and Transaction Services in CBRE’s London offices, says that our country has changed in a significant way in the last ten years, and investments or expansion plans of foreign companies will accelerate the need for real estate developments.
Mr. Marc Reboux, one of the most experienced executives in CBRE, with a remarkable career in real estate, has recently visited Romania and estimates that “IT companies seek for expansion and it has been an intense focus to identify the most important EU markets for their investment plans. Romania is on a very short list of countries of interest, most of the time from companies specialized in the IT sector. Many of these companies have increased their activity in Western Europe and now consider the possibility to expand in Eastern Europe.”

In the last ten years, Central and Eastern Europe has become a destination for Shared Service Centers (SSC), companies, Poland being the biggest market in the region, but together with Romania setting new standards in terms of attractiveness. Big international companies like Amazon, Atos, IBM, Huaweior new names for the European market are looking at Romania when it comes for their expansion plans.

“Romania has a big talent resources, with a lot of young software developers, which confirms its potential to become a destination for technology centers and a more affordable market for any company interested into expansion”, added Marc Reboux.

Marc Reboux visited Romania for the first time nine years ago and says that the changes here have been “huge”, especially from an investment point of view. “I have been surprised and impressed by the quality of CBRE’s local team and its positive spirit shown in these years. In 2008, when I first visited Romania, landmarks like Sky Tower of other projects in Barbu Vacarescu – Floreasca submarket didn’t even exist. I am happy not only because of the foreign companies investing in Romania, but also by the local businesses seeking for expansion. I am positive that one day local companies will have offices in cities like London, Paris or other big capitals across Europe,” he said.

One for the most experienced executives in CBRE expects that IT sector in Romania will see the most demand in the coming years. “There will be a big demand for this sector. Also interesting is that UK has a shortage of IT specialists and seek for experts in software development. Eastern Europe provides a lot of specialists in the IT sector, but there is a big demand for technological investments,” he added.

Marc Reboux is Senior Director in Advisory & Transactions department for CBRE EMEA and coordinates around 550 agents and real estate consultants from Europe, Middle East and Africa. Mr. Marc Reboux is also a member of the Advisory Council of the French Chamber of Commerce in UK and a French Foreign Trade Advisor (Advisor to the French Government) for French companies seeking expansion in Europe and abroad.