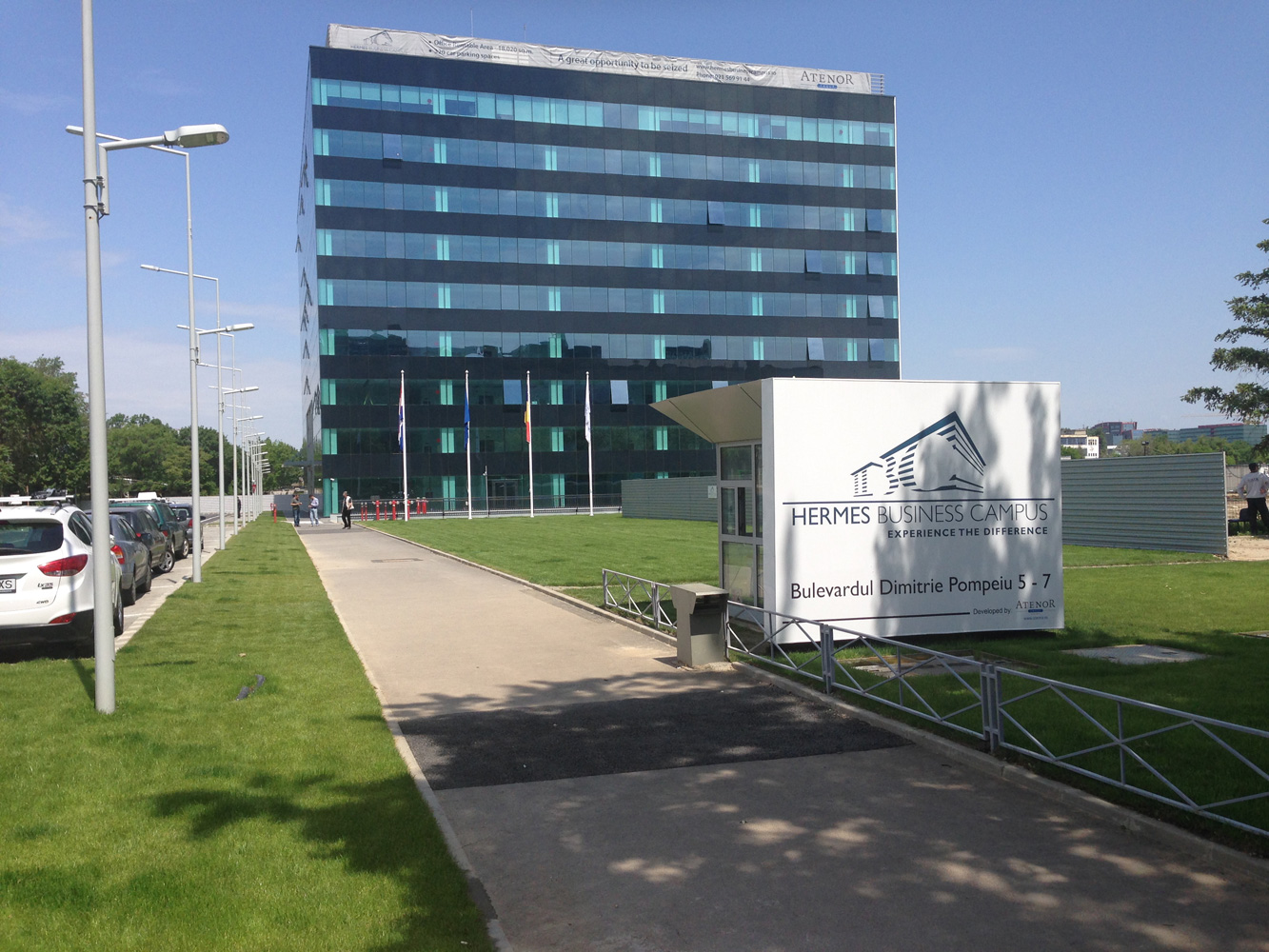 Romanian International Bank will be branded as Idea Bank and will move its headquarters, as well as the debt collection company, GetBACK Recovery, to two floors in Hermes Business Campus. The 5th and 6th floors of the building will accommodate more than 300 people, while also providing the tenant with spare capacity for further growth needs.

“In choosing a location for our Romanian headquarters, we have looked for space, in the north of Bucharest, which would be representative for the industry in which we operate and provide the highest level of comfort for Getin Holding group employees,” commented Rafał Marcin Juszczak – Vice President of the Management Board of Getin Holding S.A. “At the same time, we wanted to achieve these standards within the financial competitiveness parametres that the current economic situation imposes to any company. Having thoroughly analysed the market, we found that HBC also fulfilled many of the requirements of Getin Holding Group’s sustainability standards; this made them a natural choice for us.”

The final choice of the building comes after a thorough strategic analysis of the market and the need of moving from an owned property to a leased property, which enforces the focus of the financial institution on its core business.

“An important financial player that decides to set up their first Romanian office in Dimitrie Pompeiu shows that local perception over Pipera area might prove, once again, not very accurate. Reality shows, indisputably, that a metro station, combined with a solid attractive incentive package and a creative structure for tenant needs might turn a building into a true success story,” explained Andreea Păun, Associate Director within the Office Agency team of Colliers International, the consultant who conducted the leasing process.

“Atenor Group is delighted that RIB has chosen Hermes Business Campus as its new headquarters,” added Sven Lemmes, Country Manager of Atenor in Romania. “We are all the more thankful for the trust of RIB as the move into its new premises coincides with the beginning of a new phase for RIB. The choice of another bank headquarter for Dimitrie Pompeiu, in combination with tenants such as the Embassy of the Kingdom of the Netherlands and Xerox underline the fact that Hermes Business Campus is leading a change in tenant profile in the submarket, by offering a quality alternative to other submarkets.”

Hermes Business Campus is one of the most recent deliveries in terms of Class A office buildings in Romania. Developed by the Belgian company Atenor, the 18,000 sqm building has witnessed a tremendous success in leasing office space. The building is now leased 85 percent after attracting several important names from the IT&C industry and several other segments over the last few months: XEROX, The Netherlands Embassy in Bucharest, Grupul Editorial Litera, Fribourg Capital, Bunt Studio and Universal Online Promotion.

Hermes BC is appealing to large occupiers due to the high technical specifications and large floor plates, suitable for efficient workspace layouts. The project is located right in the heart of the new business district of Bucharest, on the Dimitrie Pompei Boulevard and comprises three office buildings with a total GLA of 78,000 sqm.

The project is planned and developed in several consecutive phases, with the first building delivered in April 2014 and the second building started construction immediately after.