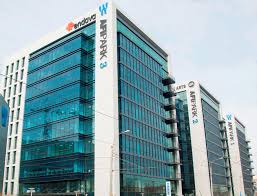 Israeli developer AFI Europe and local DIY network Dedeman have agreed to cancel the sale of the office buildings AFI Park 1-3 in Bucharest.

Dedeman was looking to buy the buildings 1,2, and 3 in the AFI Park, located near the AFI Palace Cotroceni shopping mall. It had signed a EUR 86.5 million pre-sale agreement for them. It also had a purchase option for buildings 4 and 5 for EUR 77.5 million, according to local news.

“Following the announcement from Dedeman of its intention not to advance with the purchase of AFI Park 4&5 office buildings, which were actually not under a binding agreement, both parties have agreed to retreat and to also cancel the purchase agreement of AFI Park 1-3 buildings, in order to enable AFI Europe to continue and operate all the buildings in the park as a complete office complex,” the companies said.

The five buildings in the park have a GLA of 70,000 sqm, and are fully leased.