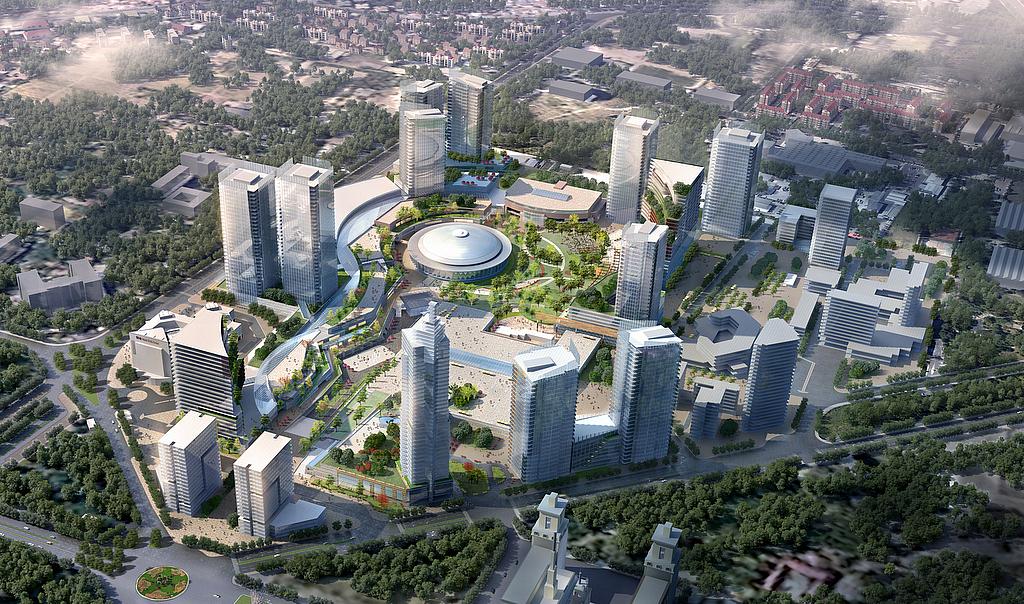 Romania’s Chamber of Commerce and Industry (CCIR) and Iulian Dascalu – one of the biggest real estate investors in Romania, will transform the Romexpo exhibition center in Bucharest into the biggest mixed real estate project in the country. The planned investment is EUR 2.87 billion, making this one of Europe’s most significant urban regeneration projects.

“Our constant efforts are aimed at consolidating and expanding Romexpo’s activity, which is the basis of this extensive investment approach. We want to include Romexpo in the international circuit. We are sure that the related functions will have the capacity not only to put us on the map of similar European attractions but also to revitalize Bucharest socially, culturally, and economically. A project of such importance requires the cooperation and involvement of the public and private environment, as well as the support of the authorities and community,” said Mihai Daraban, president of Romania’s Chamber of Commerce and Industry.

The EUR 2.87 billion investment will be carried out in several stages.

“The proposed project represents the materialization of a new vision of development for the whole country, which would represent us abroad and bring us closer to Europe. It is an approach that goes beyond everything we have achieved so far in terms of urban revitalization, and we are sure that it will become an international benchmark. This development is about the community, Romanian symbols, and local potential,” said Iulian Dascalu, president of IULIUS.

Dascalu, often called by the local media the “mall king”, has developed the most significant mixed-real estate projects in Romania, Iulius Town in Timisoara, and the Palas complex in Iasi. Romania’s Chamber of Commerce and Industry (CCIR) owns the Romexpo exhibition center, which is located on a land of some 33 hectares in northern Bucharest.

The concept of their project revolves around a dominant cultural component, a tribute to Romania’s values, according to a presentation released by CCIR. It will host the first Art Museum in Romania dedicated exclusively to the sculptor Constantin Brancusi. At the same time, the central pavilion will be reconfigured into a multifunctional hall that will be named after famous Romanian violinist and composer George Enescu, offering the Capital an artistic space at international standards.

The project will also reconfigure and modernize the Romexpo exhibition pavilions, which will turn into a large Conference and Congress Center, adapted to the needs of a European capital.

The Romexpo Exhibition Center will open to the community through a succession of public attractions: central park, grassy gardens, mature trees, and lush vegetation, promenade alleys, esplanade, and squares. The new park, which will occupy 30 percent of the project’s area, will have a direct connection with King Michael Park (Herastrau).

The development involves extensive investments in new solutions for modernizing road and pedestrian infrastructure and increasing urban connectivity. The traffic flow project is being carried out in collaboration with one of the largest specialized companies in Europe. It includes the creation of new roads, the widening of traffic lanes, and bicycle lanes and facilities that contribute to urban mobility. Moreover, the project will have the largest parking lot in Romania, with over 12,000 underground and above ground spaces.

The urban revitalization proposal also includes a large business hub, developed following green building principles, which will help strengthen investment attractiveness and economic sustainability. The office component aims to bring together the leading multinational companies in the tech segment and others, with about 30,000 employees.

A retail ensemble will complete the concept of the lifestyle center. Premium brands, service areas, the latest entertainment and leisure concepts will be part of the offer. The project also includes the largest space for local producers and traders, in a fresh market concept developed for the first time in Romania. At the same time, the project features a center of Romanian entrepreneurship with co-working facilities capable of generating opportunities for the local business environment.

Other unique elements are the Monetary History Museum – a national premiere initiative, and the largest Oceanarium in the country – a real water park and a new point of tourist interest. As a complementary function to a large exhibition center, a 5-star hotel will also be built.