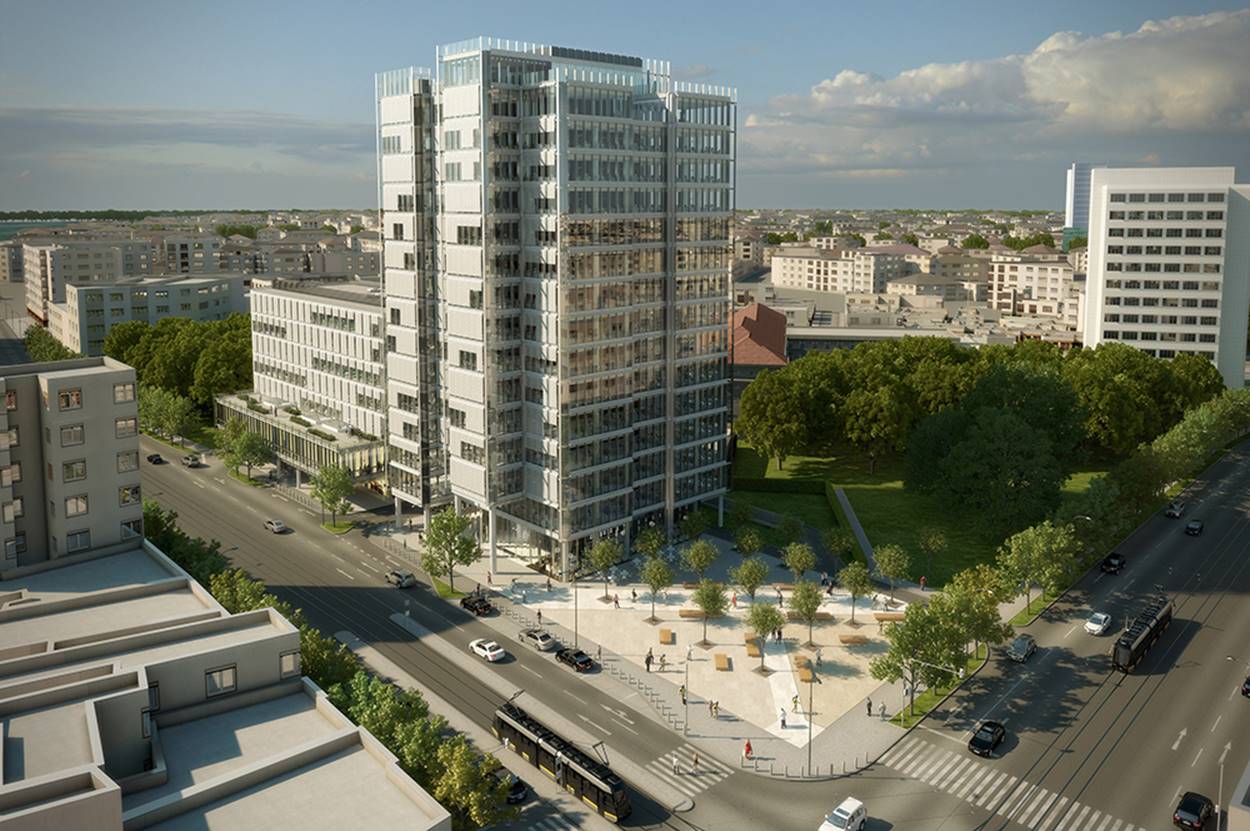 The Mark office project, which is located close to Victoriei Square, is the first big development in Bucharest’s central business district after 10 years. It includes two office buildings, a 14-storey tower and a 6-level podium building, with a gross leasable area of about 24,000 sqm.

“With The Mark, we plan to give a new definition to the urban landscape of the Buzesti-Calea Grivitei area. Due to its holistic and innovative design approach adapted to the actual urban living, The Mark will represent, upon completion, a visual reference point across the city, as well as a landmark development in the Romanian office market. We will have some pioneering equipment in the building to make it more user friendly, energy efficient, and sustainable than the standard,” said Friedrich Wachernig, member of S Immo’s Management Board.

The construction work started in July 2016 and is expected to be completed in the second quarter of 2018, with Austrian group Strabag in charge of the project. Chapman Taylor architecture firm did the design.

The leasing process will start in the fourth quarter of 2016, with CBRE and JLL to act as the project’s co-exclusive leasing agents.

S Immo is part of Austrian Erste group. The company also owns the Novotel hotel on Calea Victoriei, the Sun Plaza shopping center and the Sun Offices project in southern Bucharest. The developer started the expansion of Sun Plaza earlier this year. The work should be finalized in 2018.