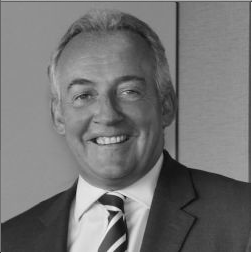 Identifying the Top Ten investment opportunities in a post-EU referendum Europe, international real estate advisor Savills says 2017 will largely be a game of ‘comparative risk’ in a search for sustainable income streams.

Mark Ridley, CEO of Savills UK and Europe, commented: “Despite a Brexit referendum, a Trump election and the uncertainty surrounding upcoming European elections, the second half of 2016 and start of 2017 has proved property remains a fundamentally safe and attractive asset class, giving strong income returns and, in many cases, a refuge for capital preservation in the longer term. These geo-political events however have influenced more caution and risk aversion amongst investors and consequently we expect secure income streams will perform best in 2017.”

· Offices in non-CBD locations and in regional markets – heightened competition for the same assets in the same locations has driven prices up. In 2017 it’s time to look elsewhere.

· Forward funding of speculative projects – in core markets where prime products are becoming scarce for both the occupier and investor. The office pipeline planned for 2017 suggests a rebound of 25 percent of development activity across Europe, most of which has been already pre-let, offering both tenants and investors some new opportunities.

· Multi-family housing in the UK, the Nordics, Germany and Netherlands – where there is a strong urbanisation trend combined with low development activity and resulting in a large supply and demand imbalance.

· Prime retail in prime locations – with the online retail sector expected to grow by approximately 16 percent across the EU28 in 2017, units that can serve as ‘drop off and collection’ points to service quick delivery times will be in hot demand.

· Student housing in markets with rising international student numbers – particularly the UK, Germany, France, The Netherlands, Spain, Austria and Portugal. Low levels of supply in the face of the growing demand is driving development activity.

· Data centres – driven by cloud growth and its offset need for super-sized infrastructure support. The growth area is particularly noteworthy in the Nordics, the UK and Belgium where there are natural cooling efficiencies, high connectivity, lower power costs, abundant resources of green energy and taxation incentives.

· Offices in Central Eastern Europe – where in locations such as Poland, Hungary, Romania and Slovakia there is a pool of well-trained, competitive talented labour and an increasing number of companies seeking to ‘near shore’ their back-office functions.