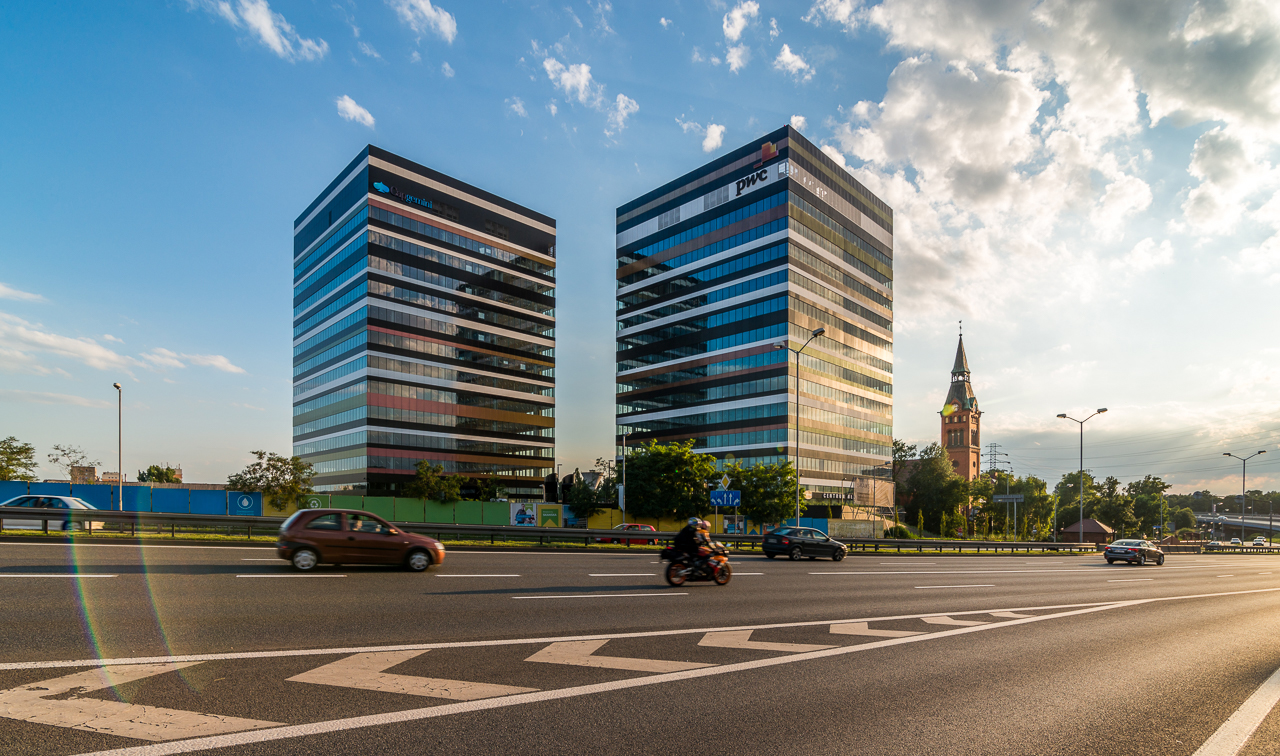 18 months, which accounts for exactly 567 days, took the construction of the second building of Silesia Business Park complex developed in Katowice by Skanska Property Poland. The building was officially opened on the 25th of February. Its main tenant is Capgemini, one of the leading providers of IT, consultancy and outsourcing services. The event was combined with the cornerstone ceremony for Silesia Business Park C, the third out of four planned office buildings within the complex.

Silesia Business Park is being developed at Chorzowska Street in Katowice. Due to its unique elevation of black-white-brown horizontal stripes, the complex has already become a distinguishable location in Katowice and is commonly referred to as “tiramisu”. Following the official opening of building B and the cornerstone ceremony for building C, the project’s development entered a new phase.

The official opening ceremony of the second building of Silesia Business Park complex was attended by, among others, Bogumił Sobula – Vice-President of Katowice along with representatives from Skanska Property Poland and Skanska S.A. – the general contractor for the building – as well as Capgemini – the main tenant of building B.

“Silesia Business Park is a sign of positive changes that take place in Katowice. The city transformed from a post-industrial city to one of the fastest developing business centers in Poland. The success of our project is the best example that the city became a modern and full of life business and cultural centre enticing modern companies as well as international investors,” said Mariusz Krzak, Regional Director at Skanska Property Poland.

“Several years ago, this part of the city looked completely different. Nowadays, the results of the investor’s business decisions and the city’s consequent pro-investment policy are clearly visible. However, it is not only infrastructure but also new working places for several thousand young and qualified specialists selecting Katowice as a place to live. They are able to find work in the city as well as convenient conditions for living, having a family, raising their children and spending their leisure time,” said Bogumił Sobula, Vice-President of Katowice.

Two first buildings of the complex have already found prestigious tenants. Silesia Business Park A is almost entirely leased and its main tenant is PwC. The main tenant of building B is Capgemini, which celebrates its 20th anniversary of business activity in Poland this year. The specialization of its Katowice-based centre is management of IT infrastructure as well as business services for global clients.

“Establishing our office in Silesia Business Park allows us to realize our ambitious goals for the centre’s development and provides our employees with the highest comfort of work. Currently, we employ over 150 specialists in Katowice and we are one of the biggest employers from the business services sector within the region. The expansion of Capgemini in Katowice excellently fits in with the evolution of the city, which enhances its business attractiveness year by year,” commented Marcin Nowak, Delivery Centre Director, Infrastructure Services Eastern Europe, Capgemini.

According to scheduled plans, the third building of the complex will be commissioned for use in Q4 2016.