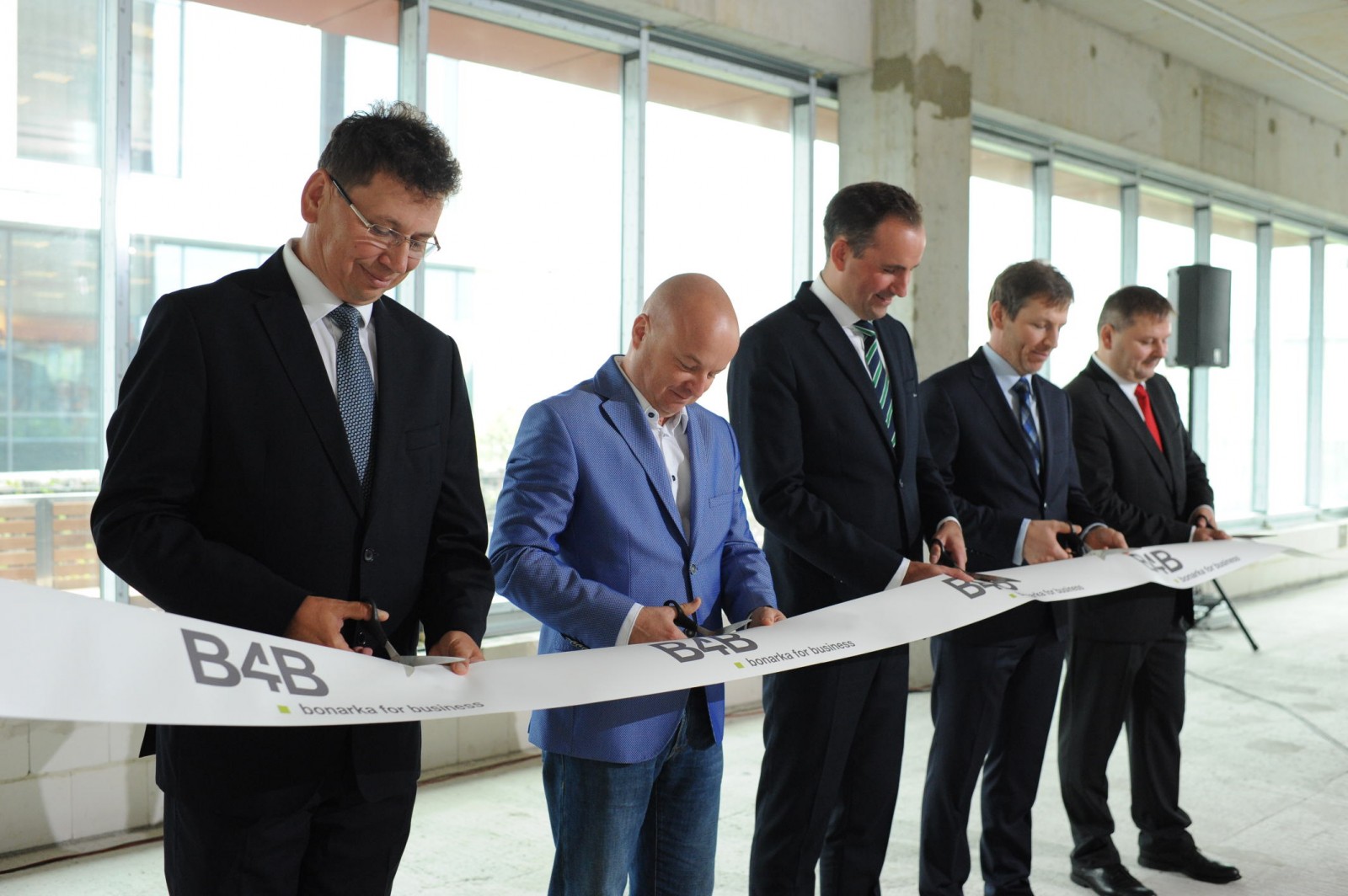 Sixth office building in the Bonarka for Business opens – EuropaProperty

Building F the newest addition to Bonarka for Business (B4B) has opened. The building is the sixth Class A office building in the office complex in Krakow developed by TriGranit.

The eight-storey building has 10,000 sqm of gross leasable area, of which half has been leased even before the official opening. Building F will host GlobalLogic and Luxoft, global providers of IT services.

The high standard areas in the new office building include among others good quality finishing materials, functional interior design, structured cabling, two staircases and fire protection, access control and DSO (sound warning system) systems. The building has been certified by BREEAM, which evaluates buildings for their friendliness to the environment and future user comfort and gained very good grade.

The authors of the architectural concept are specialists in architectural office IMB Asymetria and Biuro Rozwoju Krakowa. The developer of the office complex B4B is TriGranit, one of the largest private companies in the real estate market in Central Europe, specializing in the conversion of post-industrial areas into shopping malls combined with office buildings.

“In Krakow we are seeing very high demand for modern office space. The capital city of Maopolska is willingly chosen by investors from the sector of modern business services, who are looking for high-end office buildings. Every year, the new businesses open their outsourcing centres here and those already operating are expanding their activities and recruit new employees. According to estimates by the end of the year in the ITO/SSC/BPO centres in Krakow will operate 61,000, and in 2020 more than 100,000 employees. Currently, nearly 40 percent of the offices built for leasing for regional markets is located in Krakow, which shows the enormous potential of this segment. We expect its further development and we want to participate in it,” said Tomasz Lisiecki, Chief Investment Officer of TriGranit. “Our next Building G will be ready in early 2017. The building is already 100 percent leased by Euroclear, which is operated in the Building C. The ability to expand the complex and offer current tenants more office space tailored to their needs is one of the strengths of B4B next to its functionality and convenient location.”

B4B complex is located in the vicinity of shopping mall Bonarka City Center. A complex of modern office buildings creates a compact layout with a central street and square reminiscent of the function and character of the traditional urban market. Well-designed public space has won numerous awards, “artURBANICA 2012” among others. The main tenants in the complex are Alexander Mann Solutions, State Street, Euroclear, Herbalife, Lufthansa Global Business Services, RWE, SolarWinds, Global Logic and Luxoft.

Ultimately Bonarka for Business will offer 10 office buildings with a total leasable area of 95,000 sqm with a value of €200 million. In the first stage of construction of the complex, four seven-storey Class A office buildings (Buildings A, B, C, D), were put into service in 2011, 2012 and 2013. The second phase of the project consists of three eight-storey buildings – E (inaugurated in 2015), F and G (scheduled to open in 2017). Construction of another three office buildings H, I and J is planned for the next three years.