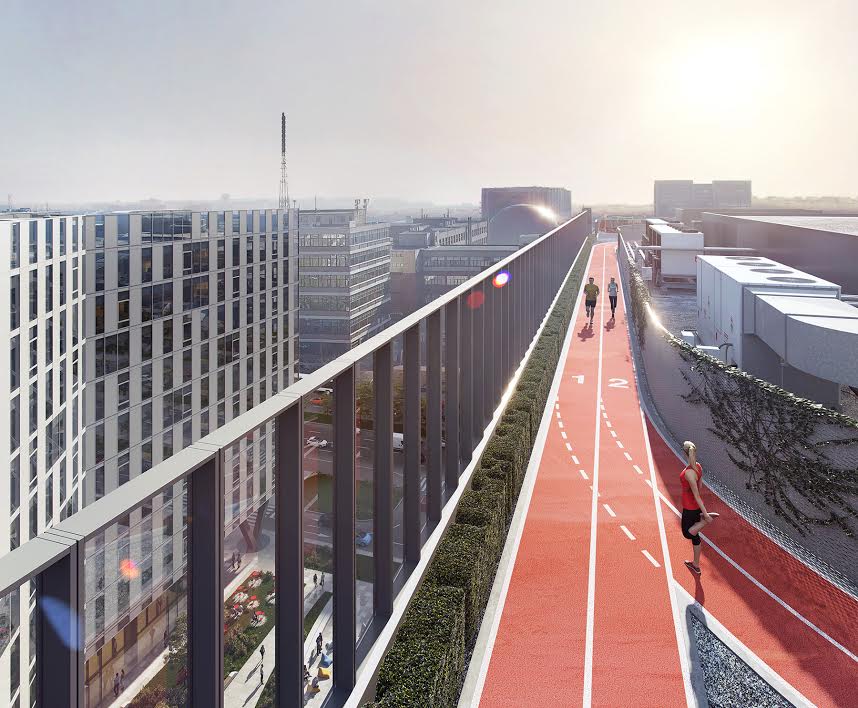 Swedish firm Skanska has announced investments of €38 million in the first office building of the Campus 6 project, which is under construction next to the Politehnica metro station in Bucharest.

The future office buildings will have a new feature for employees, namely a rooftop running track.

Skanska is currently developing the first office building of the four that make up the Campus 6 project. This is built on a plot of 21,000 sqm of the former Pumac platform, located right across the Politehnica metro station and near the AFI Palace Cotroceni shopping center.

The first building will have 11 floors and a rentable area of 22,000 sqm. It will be delivered in the third quarter of next year. In total, Campus 6 will offer 81,000 sqm of office space.

Until now, Skanska has developed a single project on the local market, namely Green Court Bucharest in the Barbu Vacarescu- Aviatorilor area. The complex has three office buildings with a total area of 52,000 sqm and Skanska has already sold two of them to the real estate investment firm Globalworth, controlled by Greek investor Ioannis Papalekas.