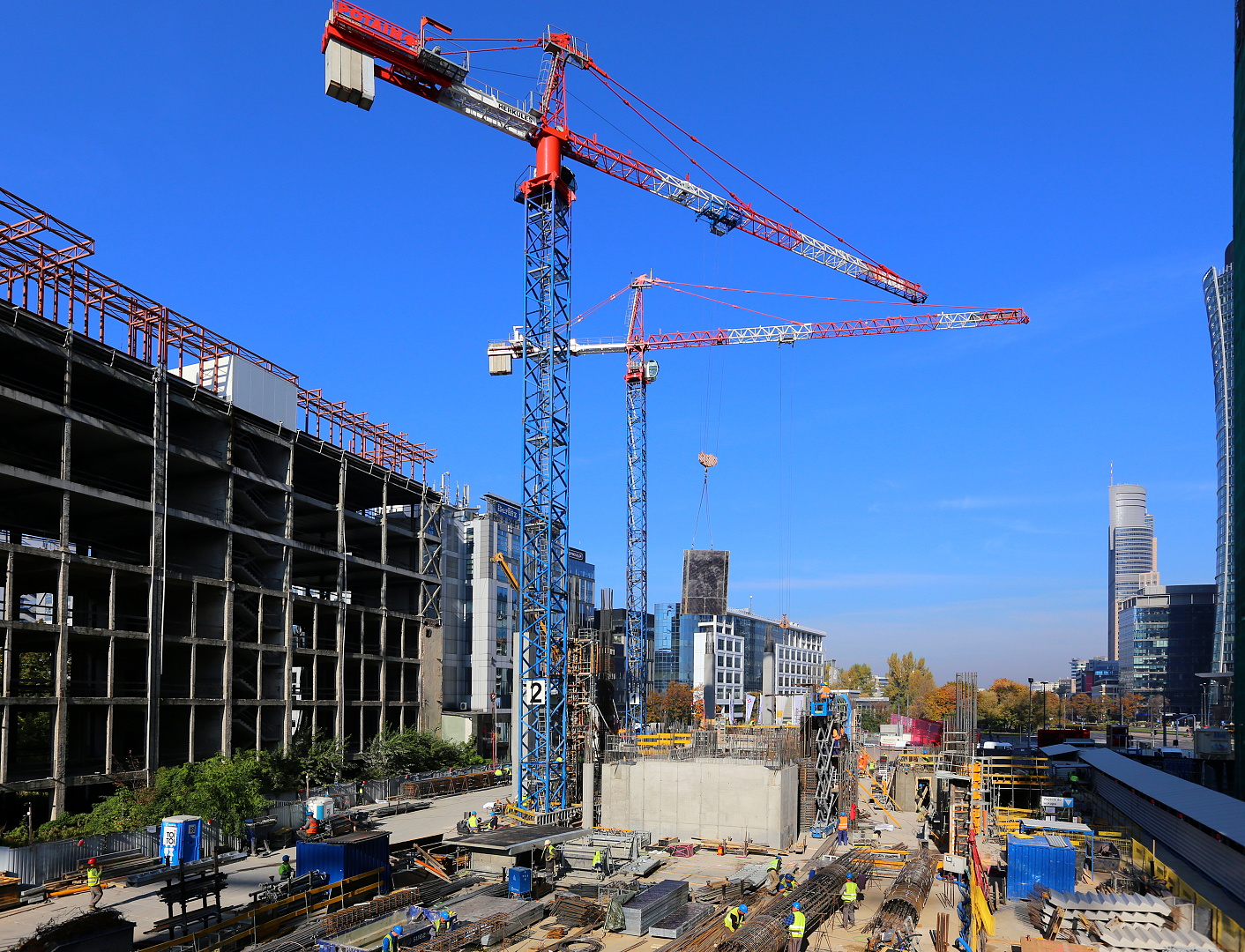 Skyliner rises above the ground – EuropaProperty

The flagship investment project of Karimpol Group, situated at Rondo Daszyńskiego in Warsaw, has entered the new phase – the above-ground construction works. The General Contractor, Warbud SA, is currently working on placing 19-metre high pillars, whose part will serve as a supporting structure for the representative lobby of the building.

The construction works of Skyliner office building have commenced in September 2017. After twelve months of carrying out intensive underground works, the building has started to grow above the ground. Skyliner has been settled in the casing of diaphragm walls on the bouts. Due to a specific structure of the building, the bars used for the foundation slab are extremely long – having even up to 15 meters in length. Before the General Contractor came to the stage of placing the foundation slab, they had to first make five bracing slabs and remove over 70,000 sqm of soil. The foundation slab of the building is 2 to 6 meters thick, and the total volume of steel used in it amounts to 2,000 tones. It equals to a quarter the total steel volume used for the whole building.

“In September we finished the zero phase, which is a five-storeyed underground part, and we started to implement first vertical elements of the podium: walls and pillars, including eighteen very high ones, that have up to 19 meters of height. Part of them is a support structure for a representative main lobby, and is made of exposed concrete,” says Karol Puszerkiewicz, Contract Manager at Warbud SA.

The construction works shall be completed in mid-2020. Skyliner will achieve 195 meters of height, which will place it among the tallest buildings in Warsaw. It will have over 47,000 sqm of lease area. The building will comprise 30 office floors and 4 commercial floors, available both to its tenants, as well as to the inhabitants of Warsaw. In addition to that, at the height of 165 meters, there will be two-storeyed Skybar, with a panoramic view over Warsaw’s city skyline, accessible by a dedicated lift. The retail area of over 3,000 sqm will feature shops, restaurants, cafes and a fitness club. The main building’s reception will be situated oly seven meters away from the entrance to the subway station.

“An extraordinary, representative area of the building will be an open, fully glazed, 15-meters high entrance lobby,” says Jarosław Prawicki, Leasing Director at Karimpol Polska. A glass wall will be split by the so-called “Spanish steps”, situated both inside and outside of the building. They will be vibrant with city life! We are planning a range of services available for everybody. The accessibility of the building is for us an important feature of the whole project.”

Skyliner is situated at Rondo Daszyńskiego in Warsaw, in the direct neighborhood of 2nd subway line, as well as stops of five tram lines and seven bus lines. An entrance to a five-storeyed underground parking for 428 passenger cars will be possible from Prosta and from Towarowa Street. The underground parking levels will also have 500 bicycle parking places and the changing rooms with lockers for bikers. Skyliner is rated Excellent in the BREEAM certification system. The building has been designed by the architectural studio APA Wojciechowski.