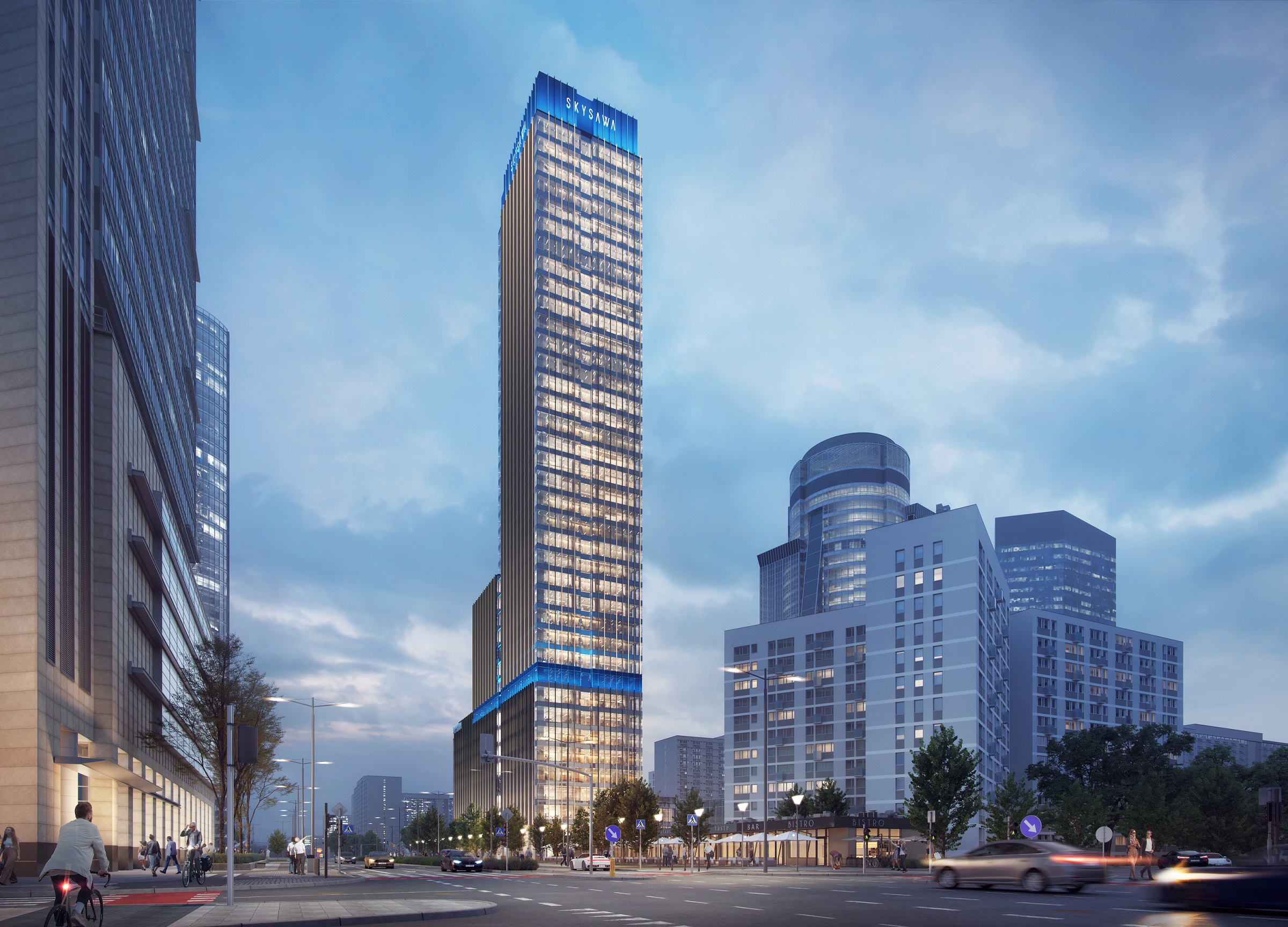 SKYSAWA is now connected to the Rondo ONZ metro station

Construction works of the passage connecting SKYSAWA office and commercial complex, the flagship project of Polski Holding Nieruchomości S.A., with the Rondo ONZ metro station have been completed.

SKYSAWA is one of the few office buildings in Warsaw from which you will be able to go to the metro station without going outside. “Works related to the construction of a direct underground passage from the complex to the metro station are already at an advanced stage and soon visualizations will no longer be the only way to see its interior. The connector, as well as stores and service outlets located in the basement of the complex, will be made available to the city’s residents after the first building is commissioned,” said Tomasz Górnicki, Vice-President of the Management Board for Investment, Polski Holding Nieruchomości.

“After connecting the tunnel with the existing underground metro passage, the construction works related to building the tunnel connecting SKYSAWA with Rondo ONZ metro station have been completed. It is worth emphasizing that the construction of this connection was unprecedented when it comes to technical aspects. PORR is always eager to undertake projects that require an outside-the-box approach. Currently, the area in front of the complex where the works were carried out is gradually being restored to its original state. The team carrying out this part of the project still has installation and finishing works to do, all of which will be carried out underground,” said Dariusz Wietrzyński, Member of the Management Board of PORR S.A., the general contractor of the SKYSAWA project.

The construction of the passage connecting SKYSAWA with Rondo ONZ metro station began in June 2020 with the inspection of the infrastructure located under the ground. In August and September, a palisade was built to secure the excavation in which the roof of the passage was being built. After completing its construction, the excavation was backfilled. The remaining works related to cutting an opening in the diaphragm wall of SKYSAWA, drilling the tunnel, making a foundation plate, building walls of the connector and an opening to connect with the existing underground metro corridor were carried out using the top-down method, i.e. underground from the -2 level of the building. Before drilling the connector’s tunnel to the metro station to ensure that people using the metro are safe, we had built a temporary wall at the point where the tunnel perforates into the metro corridor (between entrance 2 and 3 to the metro) that was separating the work site from the metro area.

SKYSAWA is a state-of-the-art office and commercial complex with an area of ca. 34,550 sqm. Its construction began at the end of June 2019. The construction of Building A with an area of ca. 9,880 sqm is scheduled to complete in Q3 2021, and the construction of Building B — a 155-meter tower — in Q3 2022. Polski Holding Nieruchomości is the investor of the development. The consortium of PORR, TKT Engineering and ELIN is responsible for project implementation. The Polish branch of the international group of consultants, Gleeds Polska, is supervising the construction.